Ten things you may not have known about the Giro D'Italia

The Giro D'Italia kicks off this weekend and for the first time ever, it starts on our fair island here with the first stage kicking off in Belfast on Friday night. We look at some facts about the race that you may or may not know.

1. The first ever Giro d‘Italia was held in 1909 and was started to boost the sales of Italy's La Gazzetta dello Sport newspaper.

2. Since 1931, the overall leader of the Giro wears the Maglia Rosa (pink jersey). Pink is the paper colour of La Gazzetta dello Sport (pic below). None of that yellow jersey malarkey here. 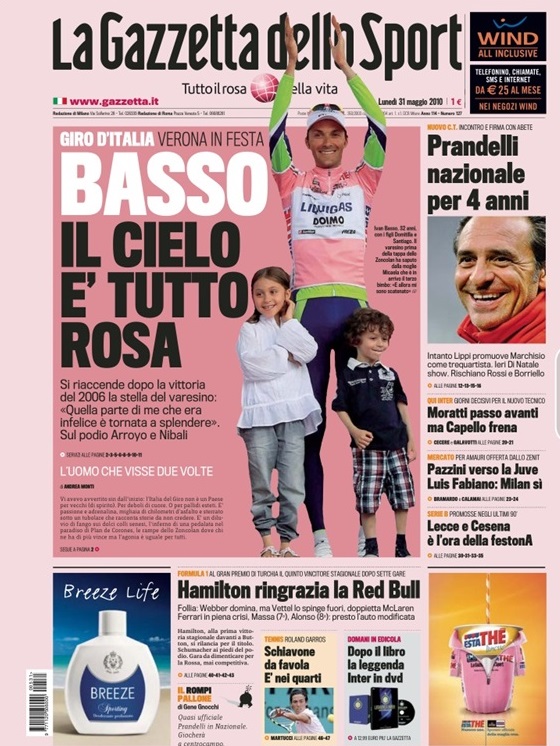 END_OF_DOCUMENT_TOKEN_TO_BE_REPLACED

3. This is the 97th Giro d‘Italia in 105 years as it has been suspended twice - during World Wars I and II. Fair enough so.

4. The route of the Giro varies each year, but the most difficult stages are usually the Alpine and Apennine mountain passes. It's not unusual for the riders to endure wildly varying climates from the beginning to the end of the tour. We'll see how they get on cycling headlong into a Force 10 gale along the coast road in Clontarf on Sunday. 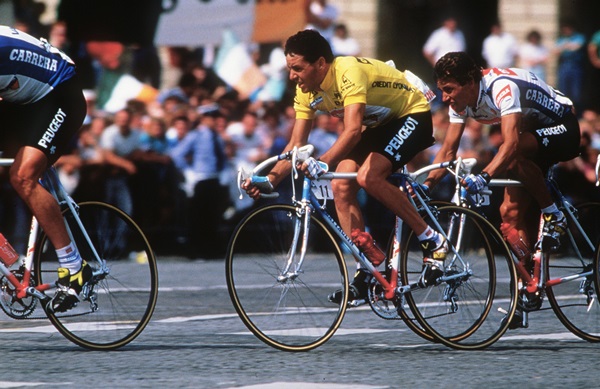 END_OF_DOCUMENT_TOKEN_TO_BE_REPLACED

5. In 1987 Stephen Roche became the only winner of the Giro from Ireland and only the second rider to achieve the 'Triple Crown' of the Giro, the Tour de France (pic above) and the Road World Cycling Championship in the same season.

6. The Giro, naturally, is hosted primarily in Italy but they have had many other trips to nearby countires. Previous editions of the Giro have started in Denmark, the Netherlands, Belgium and France. The mountain stage in the Netherlands was abandoned on account of there being no mountains.

7. Only three cyclists have managed to win the Giro five times: Italy's Alfredo Binda and Fausto Coppi and Belgium's Eddie Merckx (pic below). 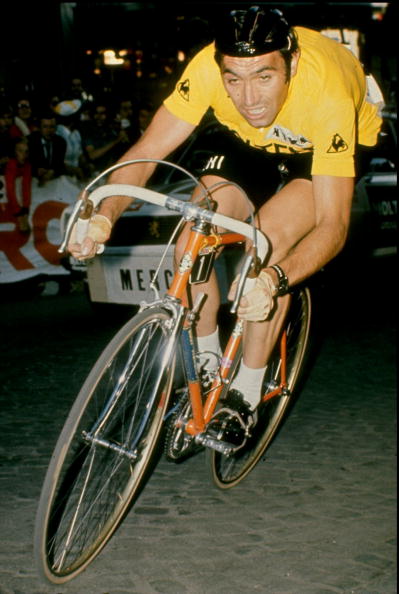 END_OF_DOCUMENT_TOKEN_TO_BE_REPLACED

9. This year's race starts on Friday night in Belfast with a team time trial at the Titanic Centre and finishes back at City Hall. The route is 22km long. Stage two on Saturday will cover 218km, travelling from Belfast to Antrim, then to Ballymena, Ballymoney and Bushmills and on to the Giant’s Causeway taking in the coastline from Cushendall to Larne, Carrickfergus and back to Belfast.

10. The final Irish stage, stage three of the 2014 Giro, is a 187km cross border section that will leave Armagh and travel to Richhill and Newtownhamilton before heading south, crossing the border at Forkhill en route to Dublin, via Dundalk, Castlebellingham and Drogheda.

For more details about the Irish stages click here

popular
QUIZ: Can you get top marks in this short but tricky Irish geography quiz?
4-year-old girl killed in Sligo caravan park named as Alice Dunleavy
Two long-thought-dead Marvel projects appear to be in the works
Family of Ashling Murphy share heartbreaking tribute at Fleadh Cheoil
QUIZ: Can you name all the counties in Ireland with an ‘N’ in their name?
QUIZ: Can you score 12/15 in this difficult General Knowledge Quiz?
The JOE Friday Pub Quiz: Week 306
You may also like
2 hours ago
Murder investigation launched after discovery of man's body in Dublin apartment
1 day ago
Man arrested following discovery of a body in apartment in Dublin
1 day ago
Motorcyclist in his early 20s dies following two-vehicle collision in Dublin
2 days ago
Lewis Capaldi and Niall Horan busk together on the streets of Dublin
3 days ago
Man arrested in Dublin over suspected people smuggling operation
4 days ago
NTA pumps the brakes on late night Luas service
Next Page