Thanks to Rory McIlroy, one punter won €74,000 from two ten-fold accumulators at the weekend

And no, it wasn’t his auld fella again…

As you probably know well by now, Rory’s Dad Gerry pocketed a tidy sum after his son tasted success at Hoylake yesterday, collecting £100,000 after a £200 bet he placed in 2004 on his son winning the British Open within ten years at odds of 500/1 came good. Two close mates of Gerry also woke up this morning a lot richer after placing similar bets on the Holywood star while he was still in his formative years.

They weren’t the only ones to profit from Rory’s third major title, however, as according to the Paddy Power blog, one Paddy Power punter had McIlroy to thank after two bets that were far more complicated than any wagers placed by Gerry McIlroy and his friends came good to the tune of €74,000, or €73,909.02 to be precise.

END_OF_DOCUMENT_TOKEN_TO_BE_REPLACED

Placed at the start of June, the two €20 accumulators included bets on a series of events including the World Cup, the US Open Golf, the Aegon Tennis Championships, a variety of horse races, and finally, the Open Championship at Royal Liverpool, with both bets featuring a punt on McIlroy to win at 8/1. 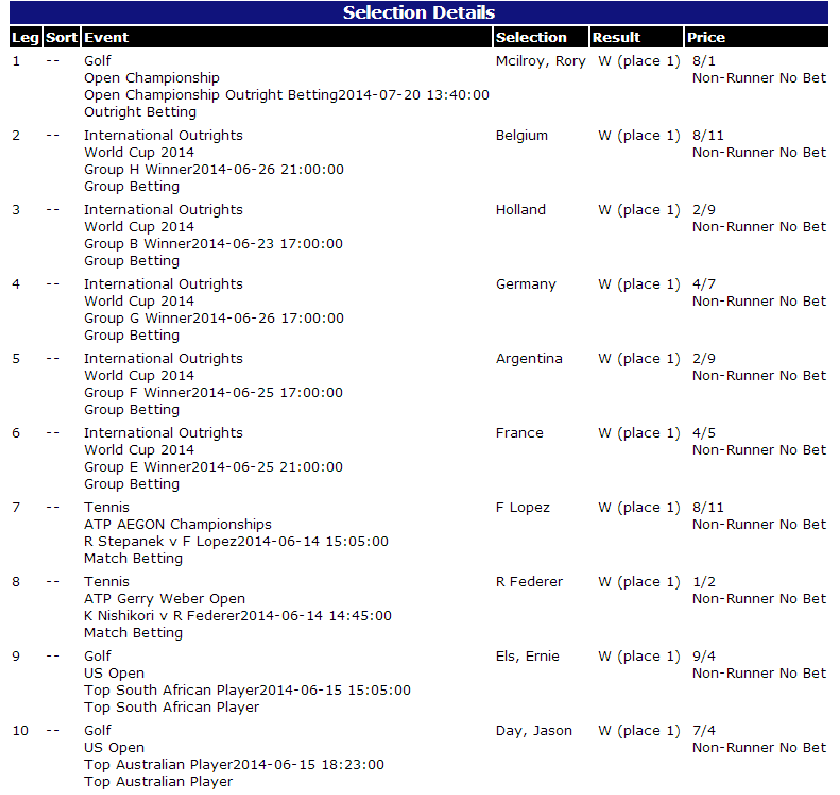 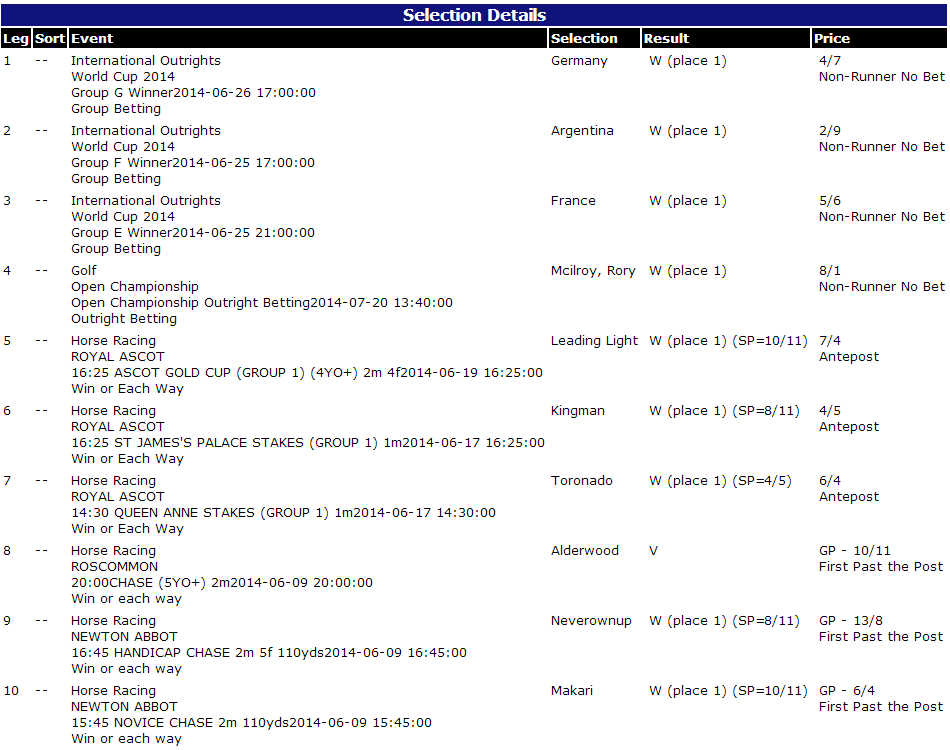 END_OF_DOCUMENT_TOKEN_TO_BE_REPLACED

If you think that the punter in question was simply outrageously lucky and will never come close to earning such a fortune again, then you’re sadly mistaken as he has another ten-fold accumulator running and will collect €30,402.70 from a €20 stake if McIlroy (currently the 6/1 favourite) can go on and win the US PGA in Valhalla next month.

Pints on that lad until Christmas, wha?

popular
Family of Ashling Murphy share heartbreaking tribute at Fleadh Cheoil
The JOE Movie Quiz: Week 166
The JOE Friday Pub Quiz: Week 306
QUIZ: Can you score 12/15 in this difficult General Knowledge Quiz?
QUIZ: Test your skills to the limit with this General Knowledge Quiz
One of the best Irish films of recent years is among the movies on TV tonight
Man in his mid-20s dies in two vehicle collision in Cork
You may also like
3 years ago
Who will sit on the Iron Throne? Odds revealed on the big question in the final season of Game of Thrones
4 years ago
Irish punter turns a tenner into €78,000 after 33,000/1 and 1,500/1 bets pay off
5 years ago
Kildare punter nets big from outrageous golf bet
5 years ago
Mystery punter in Cork wins over €82,000 after bet comes in at odds of 33,000/1
5 years ago
A Dublin punter has just won big with this outrageous golf bet
5 years ago
Cork man is waiting on one more bet to win €250,000 in an accumulator
Next Page