The FA, by their own logic, should ban the poppy

This is a cut and dried case. The poppy should be banned.

It is a rule that has been enforced on several occasions throughout the history of the Premier League.

END_OF_DOCUMENT_TOKEN_TO_BE_REPLACED

Pep Guardiola, for example, was fined £20,000 last season for wearing a yellow ribbon in solidarity with the imprisoned leaders of the Catalan independence movement.

In March of 2017, video footage captured for all the world to see as the Spanish state victimised the Catalan people with grotesque acts of police brutality. Guardiola was forbidden from standing with his people in even this tiny way. The FA simply did not think it worth the risk of alienating the Spaniards, who would doubtlessly take issue with Pep's choice of lapel-decoration.

It is somewhat incongruous then, that players are permitted, nay, expected, to wear the November poppy — a symbol of remembrance for British soldiers who have fallen in war. Wars are typically rather political affairs, by nature.

As in the case of James McClean, they are vilified, and abused, and threatened if they don't wear one.

The poppy is an explicit allusion to World War I, a war in which Britain and her allies beat back German expansionism. But the poppy is not solely for soldiers who died in either of the World Wars. 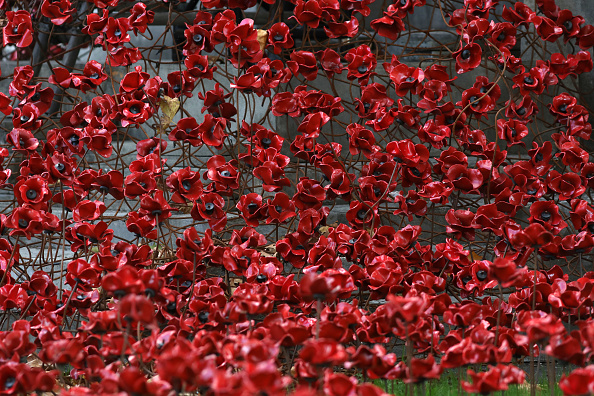 END_OF_DOCUMENT_TOKEN_TO_BE_REPLACED

It should go without saying that not all of Britain's wars were virtuous. Not all of Britain's soldiers were virtuous. The reason that James McClean knows that so well and cannot help but speak on it is because his own community, in his own lifetime, has been at the barrel of a gun held by Her Majesty's Forces. The atrocities of the British Empire are not hidden from history, they are there for anyone to read up on. Sadly, they just aren't taught in English schools.

Many soldiers have tragically died defending freedom, that's true. But speak to any Northern Ireland Catholic, or Indian, or Kenyan. You will soon learn that it is not so easy to stitch a poppy to your jersey and play on without a care. Or at least... it shouldn't be.

END_OF_DOCUMENT_TOKEN_TO_BE_REPLACED

Wearing the poppy is a political statement because it does not sufficiently address England's actions in Ireland, or India, or Africa, or the Boer War, or the Falklands, or indeed Afghanistan and Iraq. It is a one-sized symbol that simply does not fit all. It is without nuance, and turns respect into a binary — either you respect dead soldiers or you don't. That's dangerously reductive for something so sensitive.

But even if the FA were to pull the disingenuous card of saying that remembering soldiers and armies is not a political act — it is surely a personal one. And personal statements are banned. Players can't put national flags on their boots, or their kids' names, or show off the face of a dead relative on a t-shirt beneath their jersey. So what makes the poppy any different? And it seems like more players are catching on.

There has been no opening of the floodgates by any means, but this time around, McClean has a high-profile comrade of sorts. Man United holding midfielder, and Premier League winner, Nemanja Matic is also refusing to wear the poppy, having apparently just learned of its meaning in the last couple of days.

It's worth making clear that Matic's reason is not quite like McClean's. Matic is Serbian, and it was Serbia itself that led an ethnic cleansing of its own throughout Yugoslavia in the 1990s under Slobidan Milosevic, Radovan Karadzic and Ratko Mladic, targeting the Kosovar people, Bosnians, Albanians and more.

Nevertheless, Matic was just a child at the time, and he will not wear the poppy because of the traumatic memories he has of NATO bombing his country in 1999 in an attempt to halt the genocide. Hundreds of civilians were killed when NATO intervened against Serbia, and it is understandable that Matic would not want to venerate or remember such a dark period in his country's recent past.

Matic and McClean are by no means the only English Football League players whose countries have been caught in conflict that involves the UK in one way or another. Indeed, the vast majority of foreign players in the United Kingdom come from countries who have been invaded by or fought against Britain at some point in time. Indeed, it stands to reason that the Premier League could be getting away with a lot simply because many of the players aren't fully educated on the topic.

In the wider world, the Brits are resting on the idea that the Germans were worse will let them away without any scrutiny. Much like with their lionisation of Winston Churchill. Nevertheless, their attempts to justify suspending their rules to allow for the poppy fall flat. 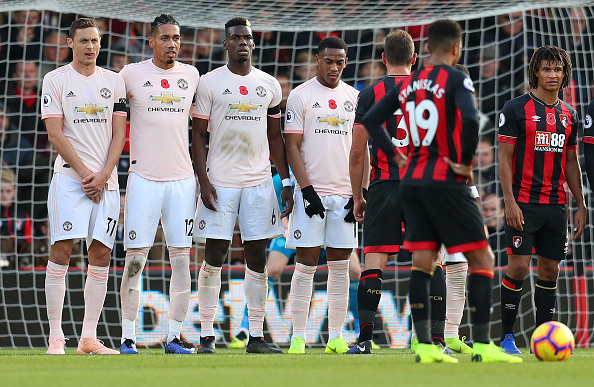 Last year, FA Chief Martin Glenn caused uproar when he tried to explain why the poppy was fine.

“We have rewritten Law 4 of the game so that things like a poppy are OK but things that are going to be highly divisive are not," he said.

“That could be strong religious symbols, it could be the Star of David, it could the hammer and sickle, it could be a swastika, anything like Robert Mugabe on your shirt — these are the things we don’t want. Poppies are not political symbols".

Let's have it right. The above statement is so painfully stupid that it hurts to think about. That the Star of David or any religious symbol would be placed alongside the Nazi swastika should sicken any right-thinking person. Unsurprisingly, Glenn was forced to apologise for the above mess. Yet the faulty logic he was communicating is still what supports the rule.

Essentially, what he is saying is that the poppy is not divisive. But James McClean says it is divisive. Nemanja Matic says it's divisive. To look at the crowds of rabid fans screaming at McClean over the weekend, one would be forgiven for thinking that not everybody is on the same page about the whole poppy thing.

The current philosophy around the poppy is rooted in the idea that something that British people traditionally approve of could not possibly be divisive to anybody else.

By banning the poppy, the FA would allow for all players and fans to remember and respect history in their own way. As it stands, they do nothing but foster the very division they claim they're trying to avoid.