The Gary O'Neill fundraising calendar you simply have to buy

The Irish football community have come together to help out Drogheda's Gary O'Neill in his time of need, and here's an easy way for you to help.

Gary O' Neill's recent diagnosis with testicular cancer was a shock to everyone involved in the Irish football scene. The hugely popular Drogs striker  has received massive support in his fight from the likes of Roy Keane but it it is his fellow players in the League of Ireland who have really stepped up to the mark. With his contract up next week, the Professional Footballers' Association of Ireland (PFAI) decided to try and raise some money for Gary.

A number of fundraising projects, in association with its official fundraising partner icharityu.com, were devised and the one you can really get behind is a calendar idea dreamt up by current Shamrock Rovers midfielder James Chambers, who has given up eight weeks of his time to work on the fundraising initiative. The calendar, sponsored by Ford, is made up of 12 players, one from each club in the League of Ireland Premier Division and it is a little bit racy, so maybe give it to your granny if you want to make her 2014 a fun one. 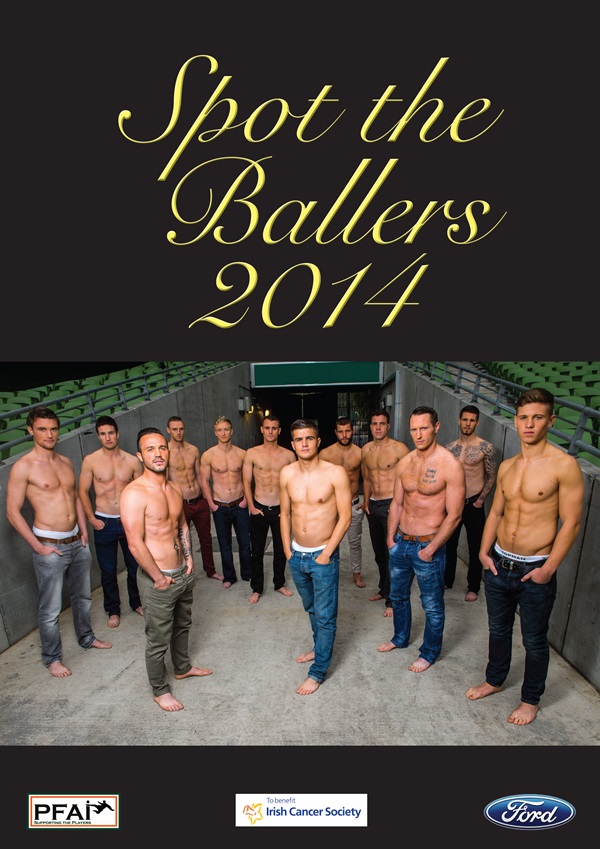 END_OF_DOCUMENT_TOKEN_TO_BE_REPLACED

The calendar, priced at €9.99, goes on sale on Friday 1 November at HMV, Shamrock Rovers club shop, Drogheda United club shop, PFAI offices in Abbotstown, Dublin 15, and it will also be on sale at this year's Ford FAI cup final. The Irish Cancer Society will also receive a share of the proceeds from the calendar.