The Noise from Brazil: Holland hit Mexico in a case of daylight robbery, Costa Rica's dream goes on and JOEpan have a new leader

This World Cup just gets better and better as the Dutch and Costa Rica progress to the Quarter Finals...

Holland and Mexico played out a cracking game under the blistering heat at Fortaleza last night with the Dutch hitting two late goals to win 2-1 and break Mexican hearts.

We know Irish people love any excuse to talk about the weather but it was absolutely sweltering on that pitch yesterday, we thought Dirk Kuyt in particular was going to combust. 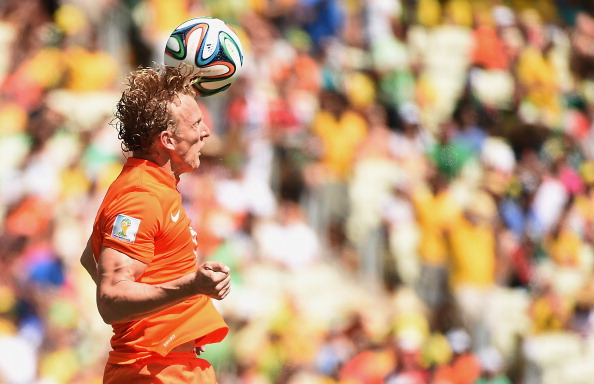 Dutch airline KLM rubbed some salt in the wound with a cheeky tweet while the Mexican manager Miguel Herrera was so upset after the game that he decided to give Robin Van Persie a bit of a shove.

The story of the World Cup has to be Costa Rica. The minnows were given absolutely no chance at the start of the tournament but now they are into the last eight thanks to their penalty shootout win over Greece last night.

END_OF_DOCUMENT_TOKEN_TO_BE_REPLACED

The game itself was pretty entertaining as Bryan Ruiz scored his second goal of the tournament to open the scoring and the easy-to-prounounce Sokratis Papastathopoulos equalised for the Greeks in injury time. The extra-time was a bit of a slug-fest as both teams were out on their feet so neither side could find a winner.

Here's the penalty that put Costa Rica through, the magic of the cup eh...

We're still wallowing in self-pity since JOEpan's exit from the competition last week. They put in a valiant effort but ultimately failed as they managed to pick up just one point from their three games and finished bottom of Group C. 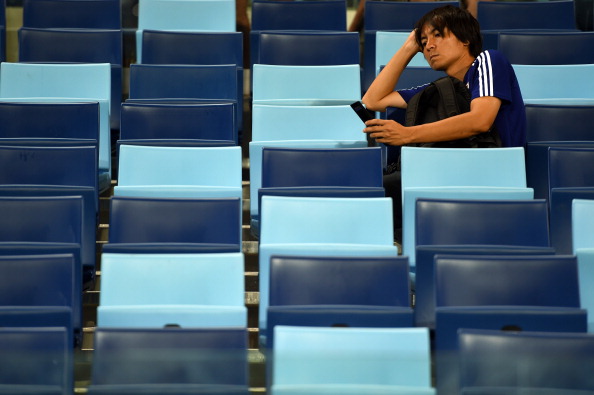 END_OF_DOCUMENT_TOKEN_TO_BE_REPLACED

We're not turning our backs on them though, no way, and the dawning of a new era is on the horizon as JOEpan have appointed a new leader. Javier Aguirre, who is a former Mexico, Atletico Madrid and Espanyol coach, has been name as JOEpan's new gaffer for the next four years.

popular
One of the best movies of the decade has just been added to Netflix
Cristiano Ronaldo 'agrees £173m-a-year deal' with Saudi club
The latest Star Wars episode is directly based on an IRA funeral
Country singer Jake Flint, 37, dies in his sleep just hours after his wedding
11 Irish counties in the spotlight as Gardaí crack down on sex trade
20 years ago, one of the best sci-fi movies of the 21st century was a box-office bomb
U2 drummer Larry Mullen Jr. says band may perform without him in 2023
You may also like
4 days ago
Japan fans explain why they clean up after World Cup matches
5 days ago
The JOE Friday Pub Quiz: Week 322
6 days ago
Japan supporters clean up rubbish following famous win over Germany
6 days ago
ITV football pundit Nadia Nadim heartbroken as mother killed by a truck
1 week ago
Non-league side make approach for 37-year-old free agent after World Cup
1 week ago
FIFA charge Ecuador over fan chants during World Cup opening game
Next Page