No prizes for guessing which team has the most nominees.

All-Ireland Champions Dublin dominate the list of nominees for the 2015 GAA/GPA Gaelic Football All-Star team that has been released this morning.

11 players from Jim Gavin’s outfit have been nominated for individual awards in all areas of the pitch in what is a changed system from previous years.

END_OF_DOCUMENT_TOKEN_TO_BE_REPLACED

This year, players have been nominated in broader categories of goalkeepers, defenders, midfielders and forwards rather than in individual positions; appropriately, this is to reflect the fact that positions don’t seem to matter a great deal in Gaelic Football anymore.

Defeated finalists Kerry have the next greatest number of nominees with eight, followed by seven apiece for Mayo and Tyrone, five for Donegal, four for Monaghan and one apiece for Fermanagh, Westmeath and Laois. 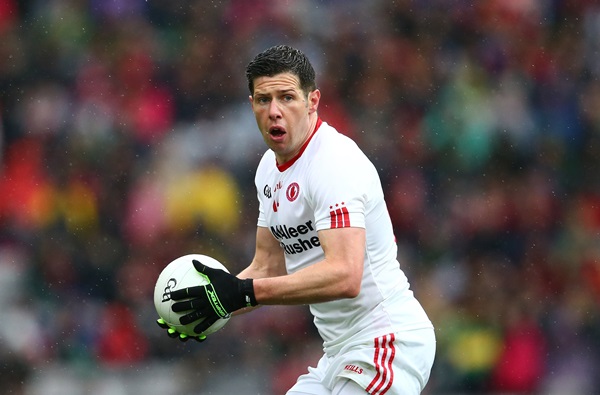 Dublin have a clean sweep of nomination for the Footballer of the Year award, with Bernard Brogan, Philly McMahon and Jack McCaffrey all in contention, while Mayo’s Diarmuid O’Connor will battle it out for the Young Player of the Year award with Monaghan’s Ryan Wylie and Donegal’s Ryan McHugh.

The Gaelic Football and Hurling All-Star teams will be named at the beginning of next month, with the nominees for the Hurling team set to be revealed tomorrow.

END_OF_DOCUMENT_TOKEN_TO_BE_REPLACED

The Big Reviewski || JOE · The Big Reviewski with Andy Serkis, Squid Game follow-ups & the return of Succession
popular
The JOE Friday Pub Quiz: Week 265
PICS: The man with the biggest penis in the world has one unbelievable problem with it
The 50 most iconic songs of all time* have been revealed
A scene by scene analysis of the most uncomfortable moment in Come Dine With Me history
Ryanair is seeking applicants for "the worst job in Ireland"
Warning after person has bank account cleared out hours after scam text
People think they've figured out the ranking of the viewers on your Instagram Stories
You may also like
5 days ago
Wicklow GAA to investigate fight after Under 15 match on Saturday
1 year ago
Post-match celebrations and a lack of social distancing at certain events put club game on hold
1 year ago
Cork GAA pleads with clubs and supporters “not to engage in celebrations that breach current guidelines”
1 year ago
What's the Bronco test and why it may come up in conversation this week
1 year ago
The Andy Moran GAA Isolation Workout
1 year ago
SuperValu, Centra and the GAA team up on initiative to support elderly people
Next Page