#TheToughest: We have named a Leinster All-Star team to take on Dublin

Jim Gavin's Dublin are in hot pursuit of a third successive Sam Maguire. The all-conquering Dubs went on an unprecedented 36-game unbeaten run that stretched from 2015 all the way to this year's National League final.

The Dubs' superiority over the other counties in Leinster and Irish Gaelic football circles bears a striking resemblance to the All Blacks' stranglehold over the rugby world.

END_OF_DOCUMENT_TOKEN_TO_BE_REPLACED

The All Blacks will be challenged by a British and Irish Lions combination in the next few weeks, with many expecting the All Blacks to still emerge victorious from the series. The Lions have only beaten New Zealand on six of the 38 times they have played.

Just as the back-to-back World Champion All Blacks managed 18 wins on the spin, so back-to-back All-Ireland champions Dublin have won the last six Leinster Football Championships.

How would they fare, as the All Blacks must later this month, facing off against an All-Star team - in this instance made up of 15 of Leinster's finest footballers from outside the capital?

We have strung together a Leinster XV, here it goes.

Some of the 23-year-old Portlaoise netminder's best performances in the past came during Laois clashes with the Dubs. One of Brody's claims to fame is his 2016 Leinster Championship penalty save from Diarmuid Connolly in Nowlan Park. If he's good enough to save a penalty from the St Vincent's man, we'll take him on this team. 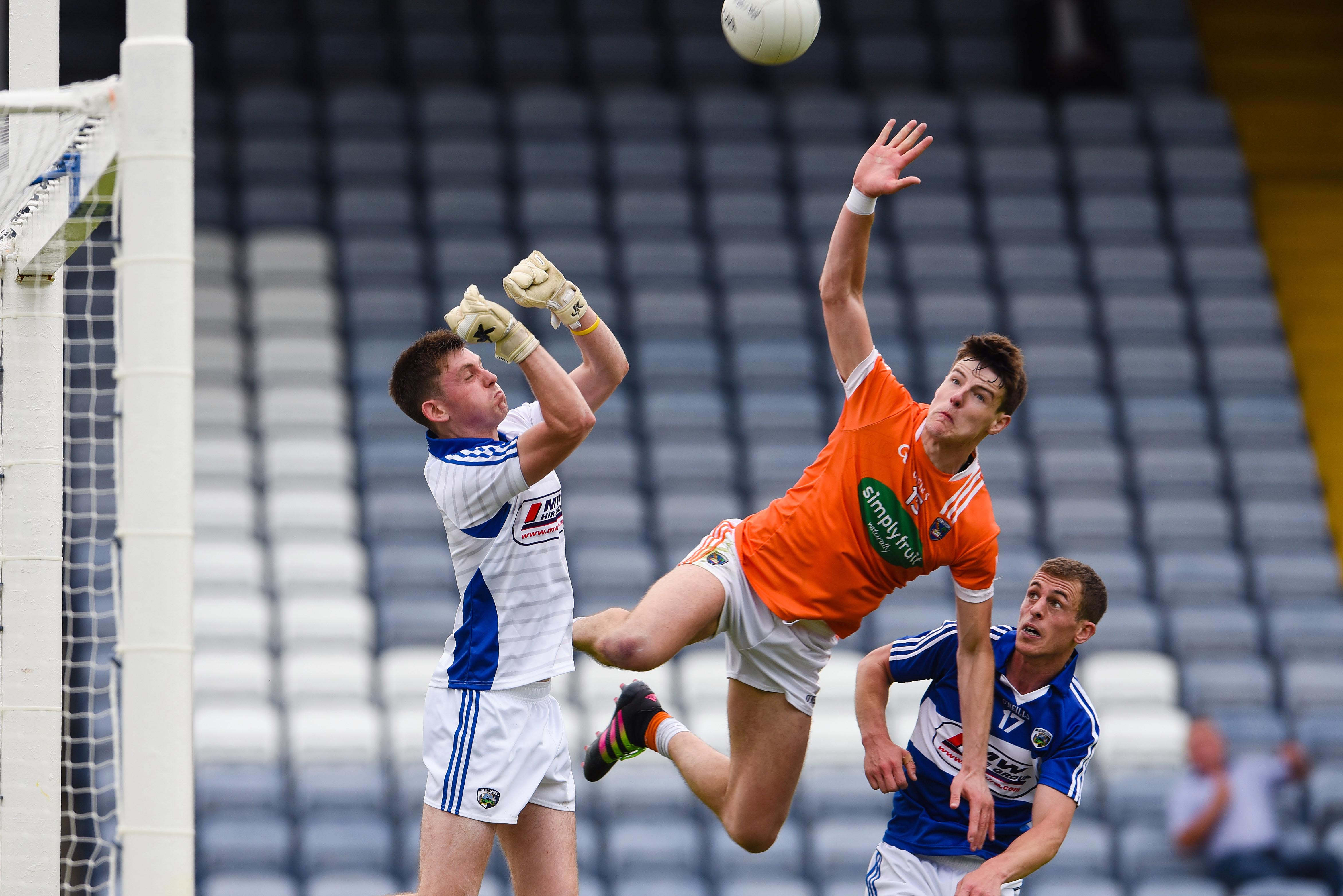 END_OF_DOCUMENT_TOKEN_TO_BE_REPLACED

The Rathkenny man became the Meath captain when he was only 23 in 2015. Keogan, a qualified chemist, is obviously a leader in the Royal ranks and has been their best player over the last few years. Specifically, he works in the area of bio-inorganic chemistry, so he's a busy man both on and off the field.

The tenacious defender made his debut for the Wee County in 2009 and he has been an ever-present in their back line ever since. Successive promotions have been achieved with Rath at the heart of Colin Kelly's defence and the defiant defender can be trusted with minding the house.

END_OF_DOCUMENT_TOKEN_TO_BE_REPLACED

Burke is now a stalwart of Meath football. He has been a virtual ever-present in the Royal ranks ever since his call-up into the senior panel by Sean Boylan in the mid-2000s.

Burke is teak-tough, he is tight and he is exactly the kind of corner back you would trust in the heat of battle.

Just look at those biceps. 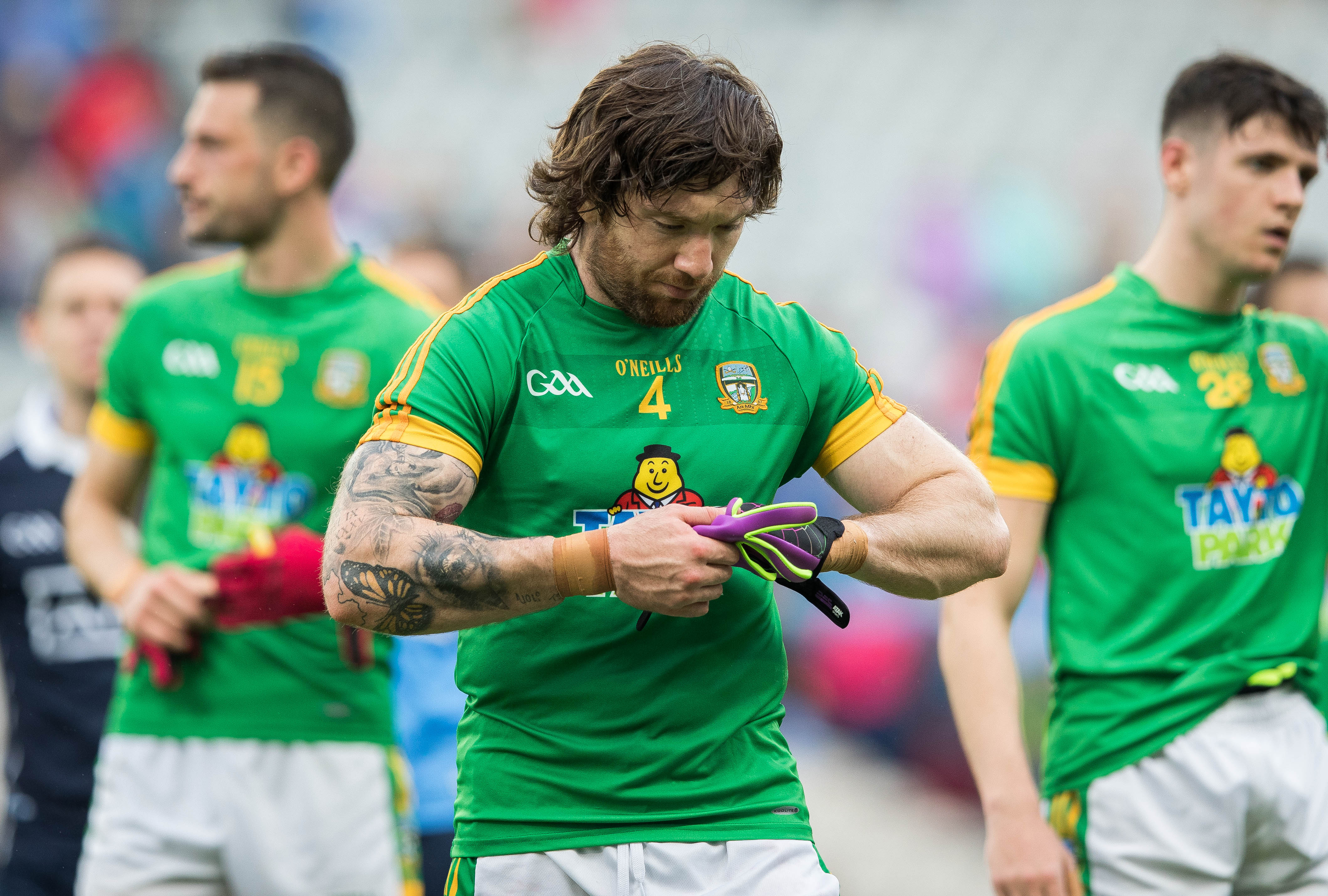 At 32, Adrian Flynn has seen it all as far as Wexford football is concerned. The Gusserane O'Rahilly's man has one of the finest left feet to ever emerge from the Model County.

Such was his ability to pick off a score from the half-back line, that he has more recently been deployed as a forward in Wexford.

For this line-up, a half-back he will remain.

The 27-year-old powerhouse exudes every desired trait of a centre-back. The Maryland man has a hugely imposing physical presence, he is tough, and to top it all off, he knows how to score at the other end of the pitch.

The Garrycastle club man impressed for the Lakesiders throughout their 2017 league winning campaign. He is well known on the back of his ruffling of Diarmuid Connolly's hair, which led to the St Vincents man putting him in a headlock.

He'd relish a shot at the Dubs, and Connolly again. 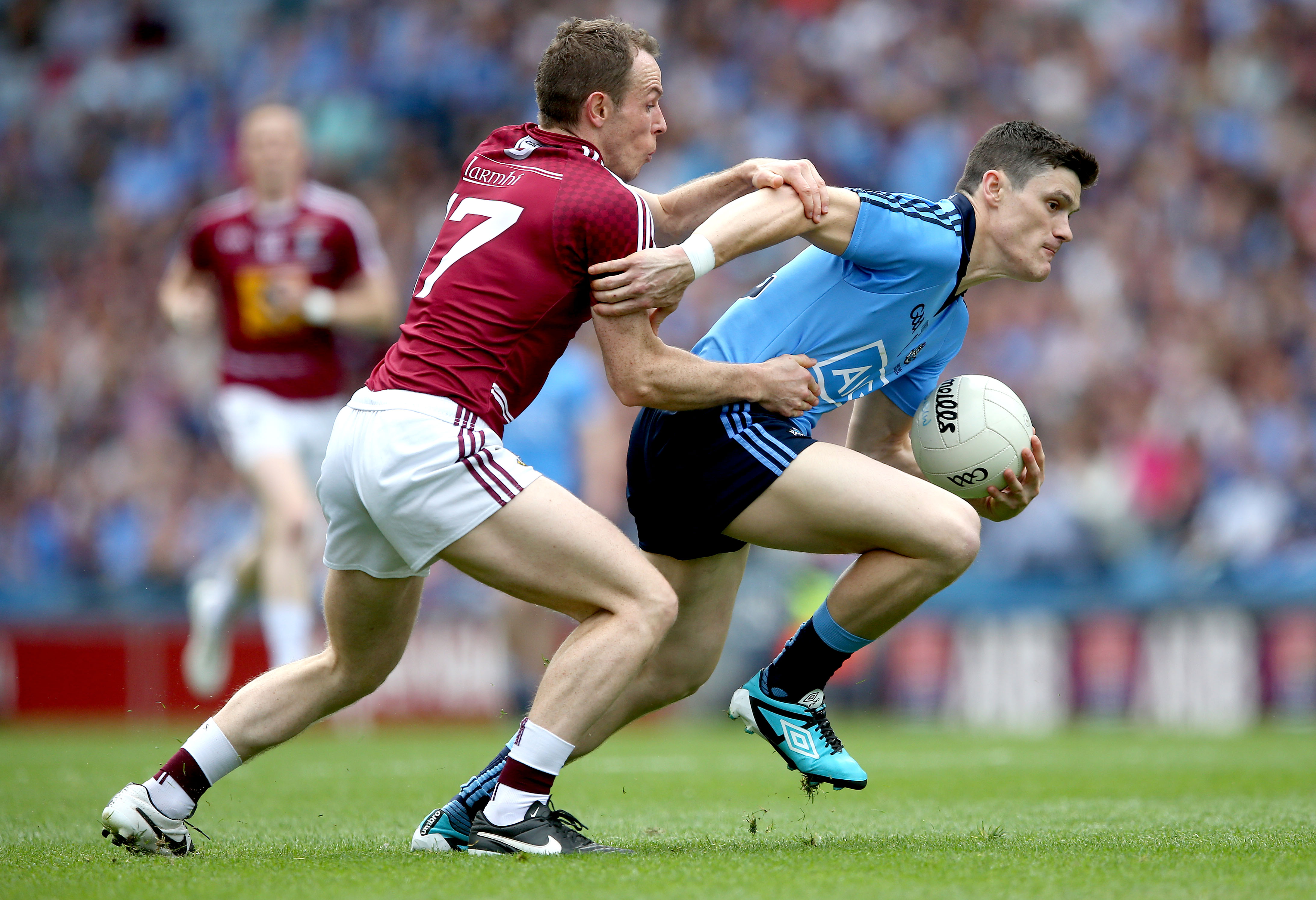 For a 24-year-old, the Kildare midfielder has quite a story to tell. The Athy native ventured across the waters to pursue his footballing dream with Charlton as a 19-year-old in 2012. With Kildare and Athy never far from his mind, Feely returned to Ireland, much to the delight of Cian O'Neill and Kildare football folk.

He was a key man for Kildare in their impressive league campaign, where they eventually lost out at the final hurdle to Galway, and he will be a key man in their Leinster first round clash with Laois this Sunday.

The Rathvilly man, like his midfield partner on this team, Feely, tried his hand at a professional game abroad. Murphy ventured Down Under to play with the Sydney Swans AFL team. Like Feely, he returned and has been a key figure for his county ever since.

Kerry legend Colm Cooper lauded the the 28-year-old on The Sunday Game recently, and basically did our job in picking Murphy on this team.

"This guy is a top player, he's played at International Rules level. He would be on Kerry and Dublin teams," said the Gooch.

The nippy Athy native had a highly impressive league campaign for Cian O'Neill's men. Kelly has speed, a low centre of gravity and a keen eye for a score, as advertised by this fine goal against Meath earlier in the year.

The Killoe Young Emmets clubman also had a spell down under with AFL club Essendon.

Upon his return, the athletic 27-year-old has been a key man for Longford's football team, scoring a goal in their highlight victory over Monaghan in 2016.

Reilly began his Meath career 10 years ago during Colm Coyle's management tenure. That was a more successful time for the Meath footballers, who made it to the All-Ireland semi-final in Reilly's debut year of 2007.

The St Colmcille's club man is now 27 and is Meath's captain. His pace, strength and ability to pick off a score make him a shoo-in for this side.

Brophy brought his AFL career to a halt recently after a three-year stint with the West Coast Eagles side in Perth. The Celbridge native cited ‘Personal reasons, including homesickness’ as the cause for his return to Ireland.

Brophy rejoined the Lilywhites senior panel in the last fortnight and could feature in Sunday’s Leinster SFC quarter-final against Laois in ­Tullamore.

Brophy was a part of Kildare's Leinster Under-21 title winning team of 2013 and scored a goal against Dublin in the provincial SFC semi-finals that summer.

Brophy is still only 23, and has loads of time to recapture the form that earned him a move to Australia.

His physicality and class would be a huge asset in any full-forward line. 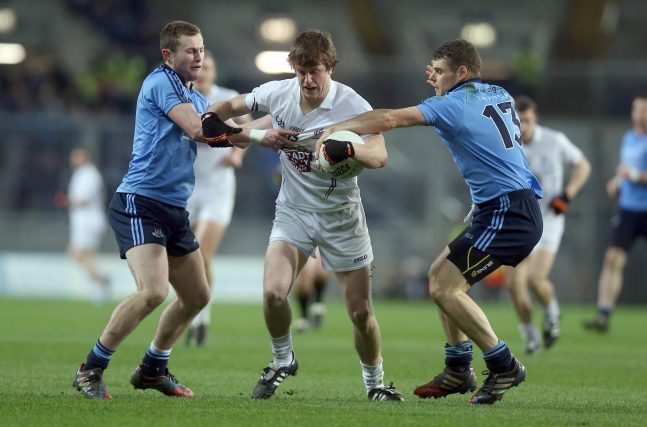 Heslin played on the same soccer team as Jeff Hendrick and Robbie Brady as a 15-year-old. He also had a stint in the AFL when he signed a contract with The Richmond Tigers in 2011.

Such was his soccer potential, he was offered trials at Derby County as a teenager. He left, of his own accord, when he asked himself the question, "Would I rather score a goal for Derby County or score a goal against the Dubs into the Hill?"

On this team of All-Stars, you suspect Westmeath's star attacker would rifle one into the Croke Park net, just like this belter against Meath.

The 6ft 3in full-forward just pips his younger brother Paul for the corner-forward berth. The Arles-Killeen brothers combined well to condemn Longford to defeat in their Leinster Championship first round clash recently. The brothers notched 3-5 between them in a merciless display.

Donie makes it on this team ahead of his brother due to his added experience in the game, the 26-year-old is nearly 10-years on the Laois panel having joined in 2008.

So, there you have it. Would these lads put it up to the almighty Dubs?

House of Rugby Ireland · Ireland's feel-good win, Casey's initiation song, scrapping Sexton and Scott Williams interview
popular
The JOE Movie Quiz: Week 91
Bank of Ireland to close 103 branches across Ireland and Northern Ireland
Chadwick Boseman's wife accepts Golden Globe award on his behalf
QUIZ: Can you name all of these characters from The Rugrats?
The JOE Movie Quiz: Week 90
The JOE Friday Pub Quiz: Week 232
Woman receives death threats after posing naked inside dead horse
You may also like
4 months ago
Post-match celebrations and a lack of social distancing at certain events put club game on hold
4 months ago
Cork GAA pleads with clubs and supporters “not to engage in celebrations that breach current guidelines”
8 months ago
What's the Bronco test and why it may come up in conversation this week
10 months ago
The Andy Moran GAA Isolation Workout
11 months ago
SuperValu, Centra and the GAA team up on initiative to support elderly people
11 months ago
Meath GAA club confirm adult player has tested positive for coronavirus
Next Page