This promises to be interesting.

No man in Ireland divides opinion like him, but there's no doubting that Roy Keane remains one of the most interesting characters in Irish public life today.

You won't always agree with what he has to say, but boring platitudes are not his style and there is likely to be plenty of interest in a special event with the Ireland assistant manager later this month.

END_OF_DOCUMENT_TOKEN_TO_BE_REPLACED

On Thursday, June 25, Keane will conduct an exclusive interview with Today FM's Matt Cooper live in the Olympia Theatre in the first of a series of Barretstown Talks, featuring in-depth conversations with leading figures from the world of sport, culture and business. 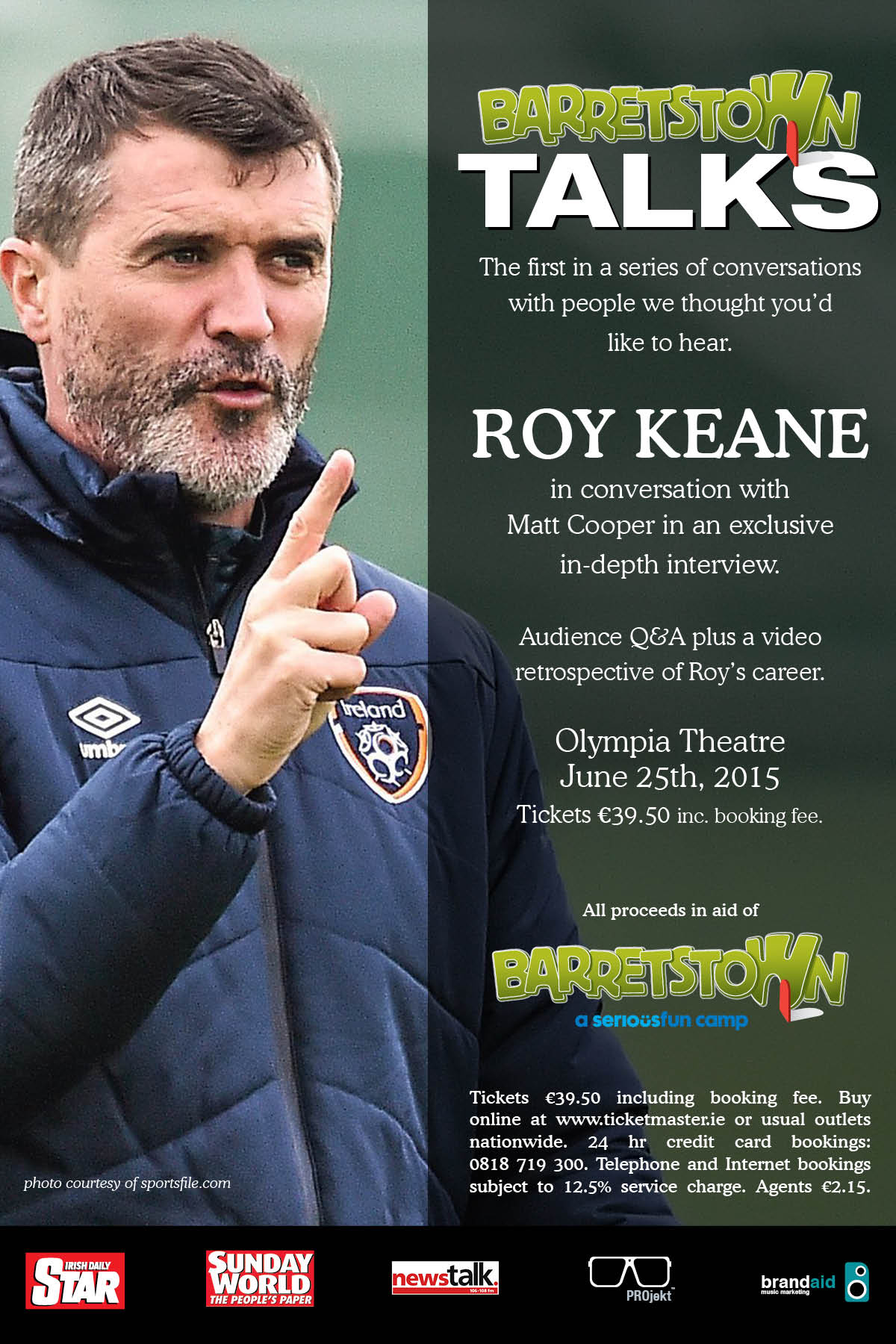 As well as Cooper's interview, the evening will also include an audience Q&A session and a video retrospective of Roy's career with Nottingham Forest, Manchester United and Ireland.

Tickets for this exclusive event are priced at €39.50 plus booking fee and can be purchased at www.ticketmaster.ie, by calling 0818 719 300 or at Ticketmaster agents nationwide, with all proceeds going to Barretstown.

Barretstown offer a programme of therapeutic recreation for children with cancer and other life threatening illnesses.

All children and their families attend camp at Barretstown free of charge.

popular
Welder awarded €15,000 for unfair dismissal despite admitting to drinking alcohol before work
Netflix has just quietly added 30 big movies to its library
10 years ago today, the scariest movie ever made (according to science) was released
One woman dead and four injured after separate crashes in Clare and Mayo
Amazon Prime Video has just added 37 big movies to its library
Netflix reveals full line-up of new shows and movies arriving in October
Man in his 40s dies following assault at funeral in Kerry
You may also like
2 months ago
The JOE Friday Pub Quiz: Week 306
2 months ago
Rebekah Vardy breaks down in tears in first TV interview since Wagatha Christie defeat
3 months ago
Gary Lineker says he suffered racist abuse during football days due to "darkish skin"
4 months ago
Merseyside police defend ‘exemplary’ Liverpool fans tear gassed by French police
4 months ago
BBC trainee accidentally posts message mocking Man United live on TV
4 months ago
Kurt Zouma charged with three animal welfare offences
Next Page