With astounding years from both Lewandowski and Messi, we can assume they’ll be neck and neck to take the coveted number one spot - but who else will be making up the ranks?

END_OF_DOCUMENT_TOKEN_TO_BE_REPLACED

An eagerly anticipated event in the EA SPORTS calendar, the FIFA 22 Team of the Year vote is always a bone of contention in any group chat.

Selected based on their real-life performances, the world’s very best football players have been whittled down to the top 80 and in order to make it The Ultimate XI, you’re going to want to have your say. 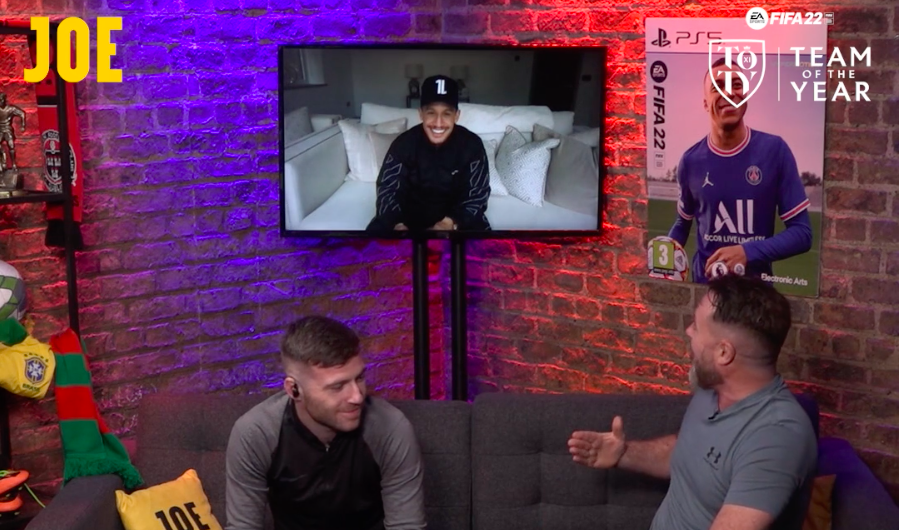 Whether you’re a PSG supporter to the bone or a die-hard Liverpool fan, you can find your favourite keepers, midfielders, attackers and defenders in this shortlist of football’s elite.

Representing the voice of the people, this fan-driven vote will feature some of the highest ratings of the season to celebrate each player's incredible performances over the course of a year like no other.

To mark the launch of EA SPORTS FIFA’s Team of the Year, Irish footballing legends Callum Robinson and Jack Byrne went head-to-head in a game of FIFA with their chosen TOTY squad. Do you agree with their choices? Check out how it went down in the video below...

END_OF_DOCUMENT_TOKEN_TO_BE_REPLACED


To cast your vote and help decipher EA SPORTS FIFA 22 Team of the Year, visit ea.com/TOTY. Voting opens Monday, 10 January 2022 at 08:00 AM PST / 4 pm GMT and you'll have until January 17th to choose the very best from the 80 shortlisted nominees.

popular
The JOE Friday Pub Quiz: Week 278
Covid Restrictions: What can we expect to see today?
The 10 must-watch new (and old) arrivals coming to Disney+ in February
One of the best action movies of recent years is finally available to watch at home
Iconic singer and actor Meat Loaf dies aged 74
Hospitality groups insist they're ready and able to reopen fully this weekend
QUIZ: Can you get 15 out of 15 in this tricky science quiz?
You may also like
1 week ago
COMPETITION: Kick off 2022 right by winning a €200 One4All voucher
1 week ago
Building your first home? You won't want to miss this free virtual event
1 week ago
SURVEY: WIN an amazing €200 One4all voucher!
1 week ago
The Ultimate Zendaya Quiz
2 weeks ago
One of 2021's best scary movies is now available to watch at home
2 weeks ago
COMPETITION: Here's how you can WIN €1,000 every week in January
Next Page