It was going to take a magnificent performance to dethrone the Cats and boy did Tipp deliver one.

Tipperary are All-Ireland hurling champions for the first time since 2010 after crushing Kilkenny’s three-in-a-row bid at Croke Park on Sunday afternoon.

From the outset, the Premier County looked primed for battle and dominated proceedings against a Kilkenny side that, in typical Kilkenny fashion, just wouldn’t go away.

Tipp were probably value for a better lead than two points at the break having spurned a number of opportunities, which came back to haunt them early in the second half when Kevin Kelly netted for Brian Cody’s side and put them back in the lead. 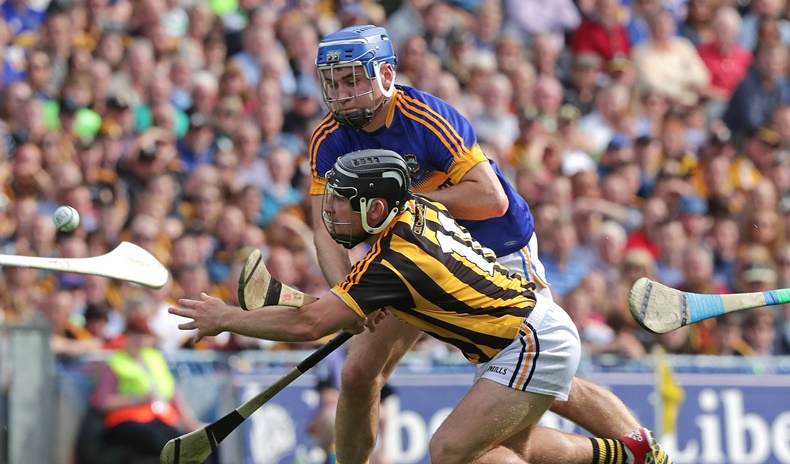 END_OF_DOCUMENT_TOKEN_TO_BE_REPLACED

Three points on the bounce was the perfect response by Michael Ryan’s men to that setback and they drove on with a cracking goal by John “Bubbles O’Dwyer just before the 50 minute mark.

Ten minutes later, John McGrath rattled the onion bag to stretch the lead to nine before Richie Hogan responded immediately with a goal to give the Cats some hope of a comeback.

END_OF_DOCUMENT_TOKEN_TO_BE_REPLACED

With Seamus Callanan prominent (just the 13 points for Seamie today), however, Tipp held firm and went on to prevail in some style, winning by a margin of nine points in the end.

There was plenty of deserved praise sent their way after the final whistle.

What a match! A fantastic performance by Tipperary. Relentless, driving hurling. Fully deserve to be champions. #gaa

It's the largest tally that Kilkenny have conceded in a championship match under Brian Cody, outstripping Galway's 5-18 in 2005. #GAA

First minor/senior All-Ireland double for Tipp since 1949, and just the third ever #GAA

6 long years. Try being from Laois

The Tipp management react in the sideline as the final whistle blows! Slievenamon booming out now in Croker #RTEGAA pic.twitter.com/IOWHK7xq5q

popular
The JOE Friday Pub Quiz: Week 308
Netflix has just added 23 very big movies to its library
Fine Gael announces special screenings of Michael Collins movie in 19 cinemas across Ireland
Controversial influencer Andrew Tate banned from Instagram and Facebook
Pilots fly over destination airport at 37,000 feet because they were both sleeping
Passenger plane dropped 1,200 feet in a minute without pilots noticing
Infant dies after being hit by jeep in Roscommon
You may also like
1 month ago
Looking for a hotel room for the All-Ireland Final weekends? It won't come cheap...
1 month ago
Taoiseach condemns "disturbing" fight at Galway v Armagh game
2 months ago
The 2 Johnnies share unbelievable catfish ordeal affecting over 40 people
3 months ago
Limerick hurler arrested following alleged altercation with Tipperary player in Limerick pub
4 months ago
Woman in her 20s dies after accident during Camogie match
10 months ago
Wicklow GAA to investigate fight after Under 15 match on Saturday
Next Page