Video: Cracking footage of one of Ireland's best young surfers riding some great waves on the west coast

The boy's got skills.

With Ireland having some of the best waves for surfing around the world, it's only natural that we're going to produce some top class surfers.

Pardon the entirely intentional pun, but one young surfer from Sligo, Gearoid McDaid, has been making waves on the surfing scene and a recent video highlighting his talents illustrates just why. 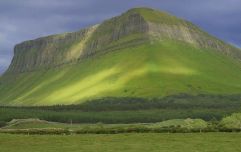 PIC: Sligo Rovers have their say on the giant Ben Bulben "No" sign

END_OF_DOCUMENT_TOKEN_TO_BE_REPLACED

Gearoid, who's only 18, can be seen doing his thing earlier this summer in a brilliantly-edited video shot on a Go Pro Hero 4 Black by Ian Mitchinson that includes footage from Strandhill, Bundoran and Clare.

Even though it looks cold as hell, it's cool enough to make us want to get into the water immediately.

Hat-tip to Allan Mulrooney for sending this one our way