Seriously, what was he thinking?

Given the way it ended, it nearly hurts to look back on Ireland’s Rugby World Cup campaign but it did take over a lot of our lives for a few weeks in September and October.

The clued-in sports fan knew well in advance to keep their schedules free while the tournament was on, but Brendan McCann was not one of them, as his wedding to his now-wife Imelda was due to take place on the weekend that Ireland played Argentina in Cardiff. 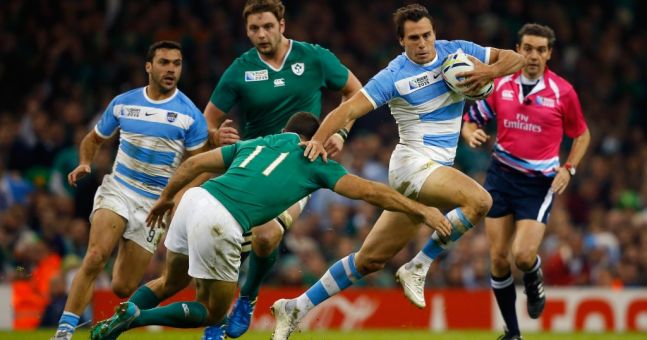 END_OF_DOCUMENT_TOKEN_TO_BE_REPLACED

Brendan’s brother Stephen had tickets to the game and had been due to attend, but he was on best man duty so he had to stay at home, which is probably a good job given the way the game turned out.

Stephen was never going to pass up the opportunity to take the p*ss out of his brother for denying him the trip of a lifetime, of course.

With the help of Devin Toner, Robbie Henshaw, Chris Henry, Conor Murray, Dave Kearney, Richardt Strauss and Mike McCarthy – who were all over at the tournament when they recorded their cameos – he really rubbed it in during his best man’s speech.

You can see the footage recorded by the Irish lads at the top of the page and the actual speech at the wedding below; trust us, it's worth it for Mike McCarthy's cameo alone.