Joe Brolly has had many a rant in the RTE studio in the past but he outdid himself with his tirade against Tyrone and Sean Cavanagh in particular following the Red Handers win over Monaghan this evening.

Mickey Harte’s side progressed to the All-Ireland semi-final with a two-point win over Monaghan at HQ but as was the case last week, they came in for plenty of criticism for a somewhat cynical approach in the closing stages.

END_OF_DOCUMENT_TOKEN_TO_BE_REPLACED

Cavanagh was singled out for a rugby tackle on Conor McManus when he was through on goal, a tackle that earned the midfielder – who was man of the match for the second week in succession – a yellow card.

Despite attempts from Michael Lyster, Colm O’Rourke and Pat Spillane to intervene, Brolly could not be stopped and a brilliant photo sent into us on Twitter by appears to show Pat Spillane a little bit frightened by the ferocity of Brolly’s rant. 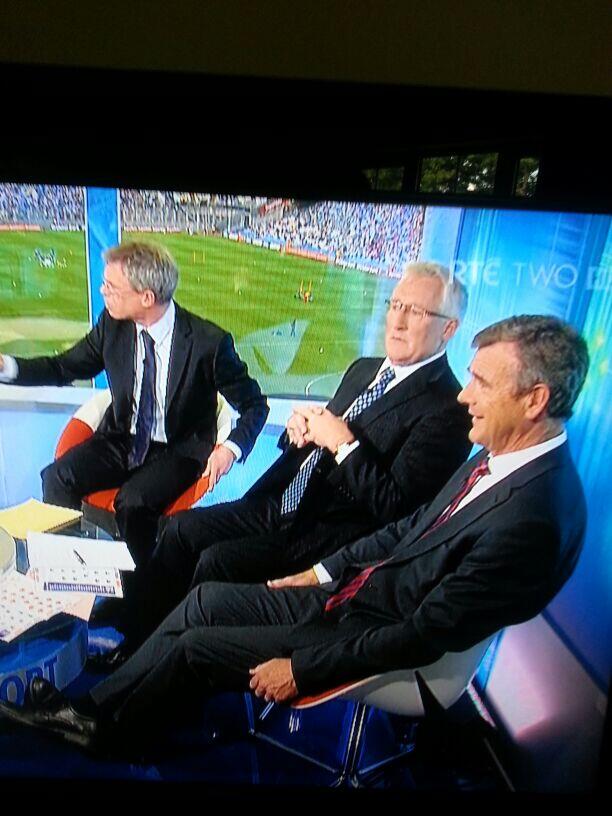 END_OF_DOCUMENT_TOKEN_TO_BE_REPLACED

So what do we all think? Was Brolly right, or were Tyrone and Sean Cavanagh merely doing what they had to do to win and playing within the rules, flawed and all as they might be?

Feel free to let us know in the comment box below, or send us in audio footage of your own Brolly-like rant on Facebook, Twitter or the usual channels.

popular
BBC apologises after calling Paul Mescal 'British' in Oscar coverage
New Netflix series deserves to be as big as Stranger Things
This is what the cheapest house for sale in Dublin looks like
Netflix has just added one of the best sci-fi movies of recent years
Couple left unable to eat or drink after spending €4k on 'Turkey teeth'
Barry Keoghan mentioned in UK Parliament speech during government debate
Irish names among the top 10 hardest words for British people to pronounce
You may also like
3 months ago
Brendan Óg Duffy's father speaks powerfully about his son's death
3 months ago
Gardaí investigating alleged assault on under-9 GAA player at children's sports event
4 months ago
Roscommon GAA confirms investigation into alleged assault on referee during juvenile game
6 months ago
Looking for a hotel room for the All-Ireland Final weekends? It won't come cheap...
6 months ago
Taoiseach condemns "disturbing" fight at Galway v Armagh game
8 months ago
The 2 Johnnies share unbelievable catfish ordeal affecting over 40 people
Next Page