Last week, members of the University of Central Florida and Penn State University were in Dublin to finalise their plans for the Croke Park Classic game which sees the two sides meet on August 30th. 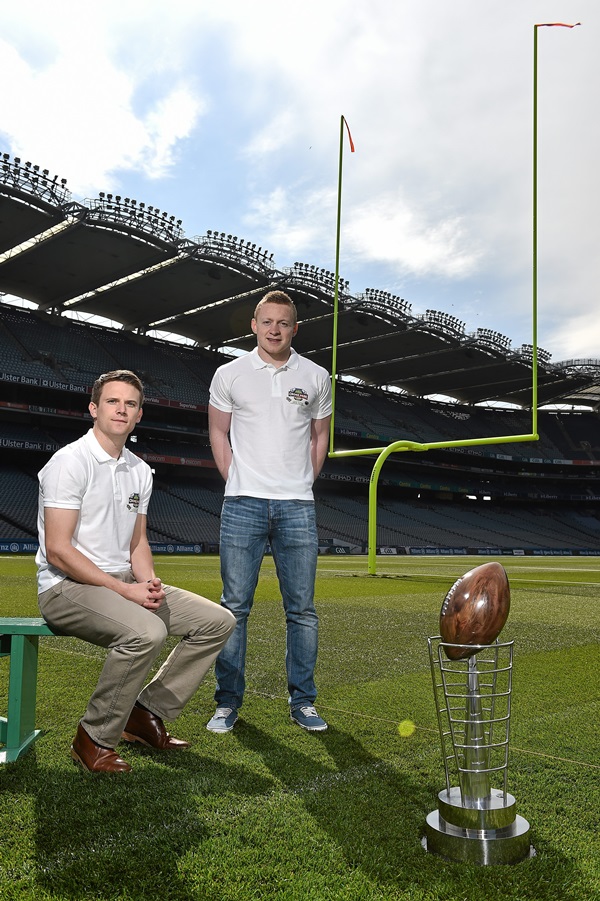 END_OF_DOCUMENT_TOKEN_TO_BE_REPLACED

While they were over, former Dublin footballer, and huge American Football fan Tomás "Mossy" Quinn and Monaghan's Colin Walshe (pic above) stopped by GAA headquarters to check out how the stadium will look with the American Football markings and to get their hands on the Dan Rooney trophy, which will be awarded to the winner of the Croke Park Classic.

Tomas and Colin noted how that all they need to play a game is a pair of boots, a jersey and some shorts and socks, so Matt Craig of the Irish American Football Association decided to challenge the guys (and JOE.ie's Eric Lalor) to see how long it would take them to get changed into an American Football uniform. 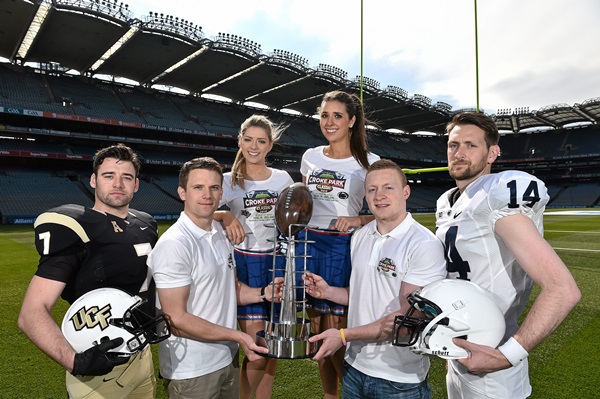 Check out how the guys got on in the video at the top of the page.

Tickets are on sale for the Croke Park Classic through ticketmaster.ie and tickets.ie. For further information visit www.crokeparkclassic.ie

popular
County where winning Lotto jackpot ticket worth over €5.5 million was sold confirmed
Amazon Prime Video has just quietly added 15 big movies to its library
Friends co-creator says she's now "embarrassed" by the series' lack of diversity
Netflix reveals full line-up of new shows and movies arriving in July
The 50 most iconic songs of all time* have been revealed
JOE Trailers Weekly - Sylvester Stallone's new crime drama series should be a must watch
Ian Bailey says he will "fully cooperate" with Sophie Toscan du Plantier cold case review
You may also like
7 years ago
Video: Galway lad lands slick trampoline trick shot using an American football
7 years ago
Pic: A very funny mistake in this US newspaper headline should give you a laugh
7 years ago
Video: Irish people watch lacrosse for the first time and explain why it’s nothing like hurling
7 years ago
Pic: WWE’s Triple H plans to eat this mountain of food over 3 days
7 years ago
Video: College footballer performs 40-inch box jump while holding two 32kg dumbbells
7 years ago
Video: The latest People Are Awesome compilation features some unbelievably talented kids
Next Page