Video: On his 33rd birthday, we celebrate the brilliance of one Xabi Alonso

The Bayern Munich midfielder is one of our favourite players of all time.

He is the focus of many man crushes and commands the respect of the footballing world no matter what your allegiances are. Xabier "Xabi" Alonso Olano turns 33 today and we look at why the man from Tolosa is a bona fide legend.

X - X-Factor. There is no doubt that Alonso has the X-Factor. He is one of those midfield generals who rarely if ever gives the ball away.

END_OF_DOCUMENT_TOKEN_TO_BE_REPLACED

Whether it's a simple five-yard pass or a raking 50-yard cross-field ball, it's always done with the minimum of fuss and usually always dripping with accuracy.

A - Ability. His passing has a supreme radar-like quality and he is usually the go-to-player no matter who he is playing for. He also has an uncanny ability to hit outrageous shots from long distances.

His ball striking technique is up there with the very best. This is simply outrageous:

END_OF_DOCUMENT_TOKEN_TO_BE_REPLACED

B - Basque. Alonso is a proud Basque, hailing from the town of Tolosa in the province of Gipuzkoa.

He came to prominence playing for the big Basque club that is Real Sociedad and captained them to a second place finish in La Liga back in 2002/03 season under the stewardship of John Toshack.

I - International. Recently retired from international football, Xabi Alonso had an amazing career with Spain.

He scored 16 goals in 112 appearances and won two European Championships as well as the World Cup in 2010. In the final of 2010 he was the victim of a terrible chest high challenge from Nigel De Jong. 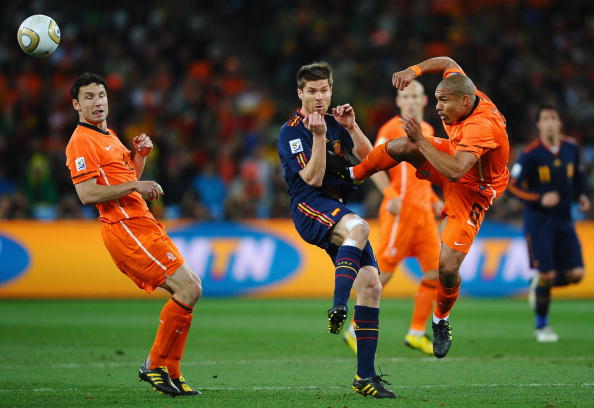 END_OF_DOCUMENT_TOKEN_TO_BE_REPLACED

A - Awards. He's won quite a few personal awards during his glittering career. He was voted the Spanish Player of the Year back in 2003 following his heroics with Sociedad.

He made it into the FIFPro World Team of the Year in both 2011 and 2012. He was voted the best midfielder in La Liga in 2012 and also made the European Championships team of the tournament in the same year.

L - Liverpool. He spent five seasons in Merseyside with the Anfield club and is still held in high regard by players and fans alike.

In his spell there he won the FA Cup in 2006, but his biggest honour was of course winning the Champions League in 2005 with that famous night in Istanbul against AC Milan.

O - Ozil. This pass from Alonso to Ozil during an El Clasico for Real Madrid against arch nemesis Barcelona, is probably one of the greatest passes of all time. Such a pity that Ozil failed to make the most of it though:

N - New records. He may be getting on in footballing years, but it is clear that the quality is still there and he continues to break new records with his club Bayern Munich.

In September, during a Bundesliga match against FC Koln, he set the record for the amount of touches by a player in one match as he got on the ball 204 times during the 90 minutes.

S - Smooth, suave, sophisticated. When he's not dictating games from the centre of the pitch, Xabi Alonso is setting new levels of cool off the pitch.

Never failing to look anything less than dapper (apart from the great Bavarian lederhosen crimes) he is a man who knows how to look well. 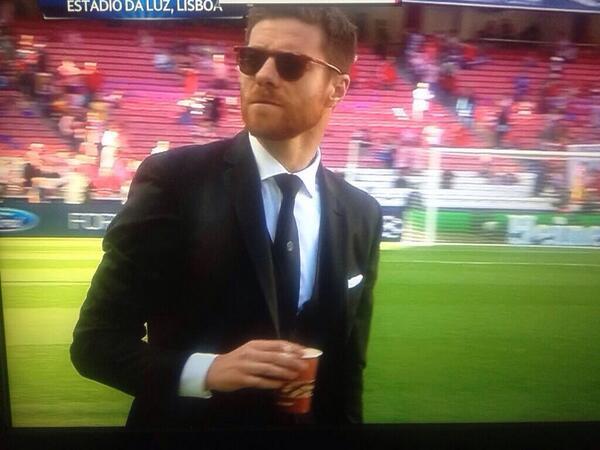 O - Oktoberfest. He moved to Bayern Munich from Real Madrid during the summer and he has had to adapt to the Bavarian club's traditions.

Namely dressing up like a numpty in lederhosen during the Oktoberfest celebrations. He lost his cool look, but he is a team-player and didn't look too bothered to be fair. 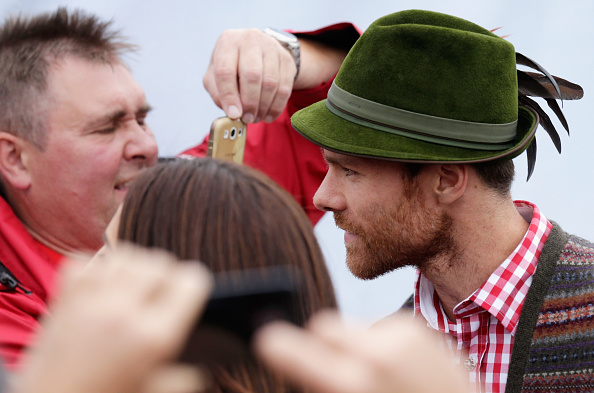 popular
Netflix has just added 33 very big movies to its library
The full list of cancelled flights in and out of Dublin Airport on Monday (so far)
Six people dead after mass shooting at Fourth of July parade in Illinois
QUIZ: Can you guess the crisps from the pixelated packet?
One of the coolest movies of recent years is now available to watch at home
QUIZ: It's time for one of our trickiest General Knowledge Quizzes yet
The JOE Movie Quiz: Week 161
You may also like
1 week ago
Gary Lineker says he suffered racist abuse during football days due to "darkish skin"
1 month ago
Merseyside police defend ‘exemplary’ Liverpool fans tear gassed by French police
1 month ago
BBC trainee accidentally posts message mocking Man United live on TV
1 month ago
Kurt Zouma charged with three animal welfare offences
1 month ago
The JOE Friday Pub Quiz: Week 295
1 month ago
Wagatha Christie trial: Rebekah Vardy denies leaking Riyad Mahrez message
Next Page