VIDEO: Ronda Rousey talks about a strange hobby that she loves on Jimmy Fallon

Anyone dare to call her a geek?

It's probably not going to be a very popular cliché but the sentiment rings true in the case of Ronda Rousey. 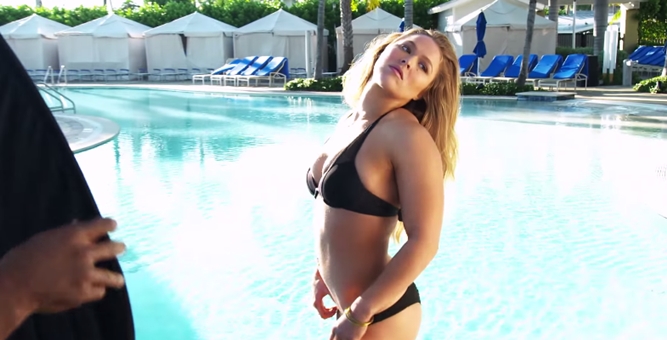 END_OF_DOCUMENT_TOKEN_TO_BE_REPLACED

The UFC Bantamweight Champion is currently preparing for her fight with Holy Holm but she took some time out of her training regime to appear on Jimmy Fallon.

Fans of Rousey will know that she's a keen gamer and she couldn't help but talk about her love of Pokemon and World of Warcraft while on the show.

popular
Here's how to make €9-11 on Revolut in just a few minutes
Green Party representative calls for a temporary ban of stag and hen parties in Ireland
Pop Idol star Darius Campbell Danesh has died, aged 41
Off-duty Garda arrested in Tipperary on suspicion of drink driving
Murder investigation launched following death of 75-year-old woman in Kerry
QUIZ: You won't be able to correctly guess the meaning of all these words
Dublin Bus passenger assaulted in suspected homophobic attack
You may also like
3 years ago
WATCH: New footage released of Conor McGregor allegedly smashing fan's phone in Miami
3 years ago
Conor McGregor sued in South Florida after recent arrest in Miami
3 years ago
Dillon Danis has finally explained what happened at the UFC 229 post-fight brawl
3 years ago
Conor McGregor teases third fight with Nate Diaz
3 years ago
Conor McGregor agrees to a fight against Donald Cerrone
3 years ago
WATCH: UFC fighter Uriah Hall's speech about mental health is powerful
Next Page