He should have thanked Ronaldo apparently.

Javier 'Chicharito' Hernandez has had a tough run of it over the past few years.

Frustrated at Manchester United, despite being a fans favourite, he never really became a first team regular and was shipped out on loan to Real Madrid where again, he has been on the fringes of things. 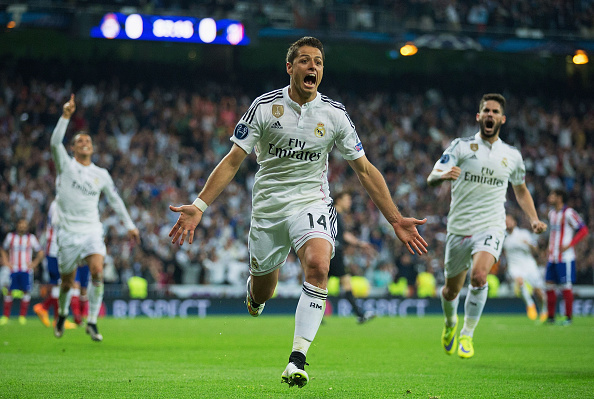 END_OF_DOCUMENT_TOKEN_TO_BE_REPLACED

With three minutes to go, he scores what proves to be the winning goal after being brilliantly set up by Ronaldo.

He wheels away in sheer elation and why wouldn't he? He has scored a massive goal which has caused most of the stadium to erupt in a state of euphoria.

Thierry Henry was not happy though. Rather than be a pundit and analyse the defending or how the attack worked, he chose to have a pop at Chicharito for having the temerity to NOT celebrate the goal with and thank Ronaldo.

popular
Amazon Prime Video has quietly added 18 big releases to its library
David Jason says he wants to play Del Boy in Only Fools And Horses again
Here's where all the 149 tickets that won €36,687 in Saturday's Lotto were sold
Confirmation on lifting of restrictions for pubs and events expected this week
That Nic Cage film everyone is talking about is finally available to watch at home
Put the pedal to the metal with this General Knowledge Quiz
Funeral of Ashling Murphy to take place today
You may also like
3 months ago
The JOE Friday Pub Quiz: Week 264
4 months ago
Manchester City's Benjamin Mendy charged with four counts of rape
5 months ago
Michael Ballack’s son Emilio, 18, dies in 'quad-bike crash’
5 months ago
Five football documentaries to watch to kill time before the new Premier League season
7 months ago
Christian Eriksen stable but may not play football again, says sport cardiologist
8 months ago
Ryan Giggs charged with assaulting two women and controlling or coercive behaviour
Next Page