Video: You can forget your mini-rollercoasters, this point of view luge ride from the Winter Olympics is absolutely terrifying

We'll stick to watching it on TV thanks...

Ever wondered what it would be like to speed down the luge track at the Winter Olympics? Well, thanks to the wonder of modern technology and the fact that some people are ABSOLUTELY MENTAL you need wonder no more.

Although the footage was originally published in 2012, due to the popularity of the Winter Olympics currently taking place in Sochi, Russia, this point of view clip has exploded in popularity. Matthew Mortenson, the mental man we were hinting at above, attached a GoPro camera to his helmet as he embarked on a whirlwind trip down the official luge track, reaching speeds of approximately 125km/h.

Sweet Lord in heaven, and we thought the rides at Mosney were terrifying. 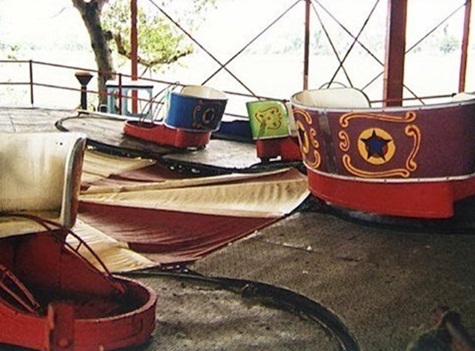 No doubt you'll be humming the Jamaican bobsleigh's official theme tune the entire way down the track. Or, like JOE, you'll just be screaming.

Thankfully, he didn't end up like these poor battered Brazilian guys.

popular
Harvard study reveals how many times men should ejaculate each month to stay healthy
Colin Farrell shouldn't win the Oscar this year
Conor Mcgregor hit by car ‘at full speed’ while cycling
Netflix has just added one of the best sci-fi movies of recent years
Parents left in shock after gorillas start mating in front of kids at zoo
The 50 most iconic songs of all time* have been revealed
Forspoken breaks the golden rule of gaming... and not in a good way
You may also like
2 weeks ago
One of the "Scariest Movies Ever Made" is almost here
3 weeks ago
M3GAN is in with a very early shout for 2023's most entertaining movie
2 months ago
10 years ago today, one of the best jump scares in cinema history arrived
3 months ago
Study reveals the scariest video games of all time
3 months ago
The 35 scariest movies you can watch at home right now
3 months ago
2022's best scary movie (so far) is now available to watch at home
Next Page