WATCH: John Malkovich will get you PUMPED in the greatest sport event trailer ever made

We've all seen teasers and trailers for movies and TV shows and sporting events and, well, practically everything at this point.

Which makes this teaser all the better, as Malkovich arrives at the beginning of it by making fun of the very idea of teaser trailers, before delivering the most awe-inspiring narration over the backdrop of incredibly powerful music, that you can't help but get completely caught up in it. 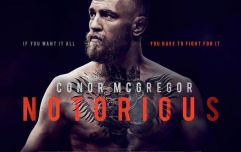 END_OF_DOCUMENT_TOKEN_TO_BE_REPLACED

So here's the breakdown:

And then you've got the Jaguars, a bunch of young upstarts, overflowing with confidence and loaded with the number one rushing offence in the league, as well as having practically the best defence in every single category.

It is, as Malkovich puts it, a tale as old as time. It is David Versus Goliath. 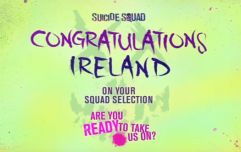 END_OF_DOCUMENT_TOKEN_TO_BE_REPLACED

Check out the amazing "teaser" below.

The NFL’s David vs. the NFL’s Goliath, for the right to play in the Super Bowl.

Our tease for @Jaguars-@Patriots featuring @JohnMalkovich will get you AMPED for the AFC Championship Game on CBS. pic.twitter.com/DYClwgcTAW