WATCH: This impression of Padraig Harrington is so good it made the European Ryder Cup team's WhatsApp group

This is absolutely fantastic.

Padraig Harrington is undoubtedly one of the greatest Irish sports stars of all-time.

A three-time major winner, he’s been a fantastic ambassador for the game of golf in Ireland and continues to represent us with distinction on the world stage. 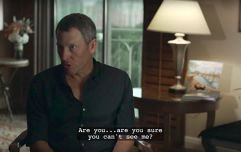 END_OF_DOCUMENT_TOKEN_TO_BE_REPLACED

The Irish public has been familiar with Padraig for so long that we’ve got to know many of his personality traits over the years.

The Dubliner is famous for being almost obsessively methodical in his approach to his sport, having tried some techniques that some might call unusual in an effort to stay on top of his game.

That side of Padraig’s personality is brilliantly parodied in an impersonation of Padraig by Brendan Walton, an assistant PGA Coach based out of the Island Golf Club in Donabate in Dublin.

Padraig has been parodied before (most famously by Mario Rosenstock), but we honestly don’t think we’ve seen an impression of him as good as this one. 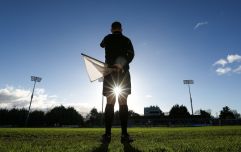 WATCH: Anyone who has ever been asked to be a linesman at a GAA match will relate to this sketch

END_OF_DOCUMENT_TOKEN_TO_BE_REPLACED

We’ve been informed that Paul Lawrie has shared it with the European Ryder Cup team’s WhatsApp Group, where it is supposed to have been very well received, even by Padraig himself, who is one of Darren Clarke's vice-captains for this year's tournament.

If Brendan ever gives up the day job, a career in comedy awaits.

Cheers to Marc McCormack for sending this our way. Got a story for JOE? Hit us up on Facebook or Twitter, send it to our WhatsApp number 087-4001102 or mail editorial@JOE.ie.

popular
The JOE Friday Pub Quiz: Week 296
Aer Lingus warns customers flying on Friday afternoon to check in at the airport
Lidl to launch its second 'reverse vending machine' in Ireland next week
The 2 Johnnies share unbelievable catfish ordeal affecting over 40 people
Here are all the chippers taking part in National Fish and Chips Day
Bruce Springsteen adds extra Dublin date due to demand
Amber Heard "distraught" as court hears explicit Johnny Depp text message
You may also like
2 weeks ago
REVIEW: Magic Goes Wrong is incredibly dumb, but in the best possible way
3 weeks ago
Dave Chappelle attacked on stage during Netflix stand-up show in LA
1 month ago
Derry Girls creator admits she was nervous about some jokes in the new season
1 month ago
One of the best (and most important) stand-up comedy specials in years is now available to watch at home
1 month ago
Some of the very best TV comedies of all time have just been added for home streaming
1 month ago
Chris Rock finally makes jokes about Will Smith's Oscar slap
Next Page