"We used to call him the Mayor of Waterford": JOE meets Rio Ferdinand at the Web Summit

Rio talks about answering his critics, the best he's played against, the disappointing end to his career and his view on a couple of Irish footballing heroes.

The Ex-Manchester United defender Rio Ferdinand dropped by the Web Summit to discuss his role as BT Sport Ambassador and his website, #5 Magazine. 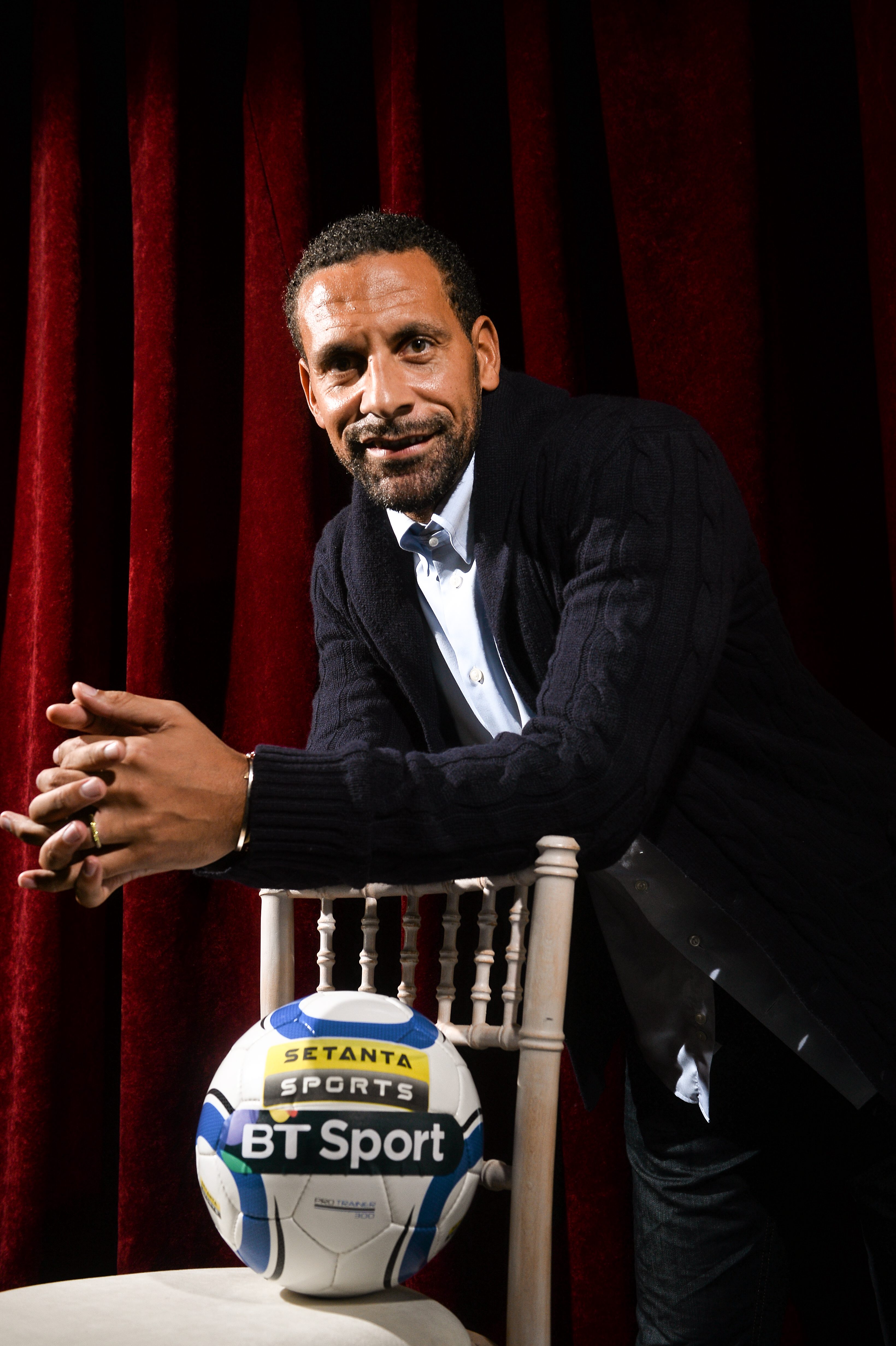 JOE and Rio caught up and it turned out to be quite an eye-opening chat.

On adjusting to retirement:

"Their star might have faded a little bit and it's harder to get those doors open again", said Ferdinand.

We met up with the very straight talking & entertaining @rioferdy5 @WebSummitHQ Full interview ahead. #websummit pic.twitter.com/eiw4H5s9YN

"In most jobs you're not afforded time to learn on the job. We got that idea early and worked on it from an early stage."

On choosing the path of media AND coaching:

"I've always been interested in them so I didn't think I wanted to do stuff I didn't want to... like a table-making company, I don't like that, it's not my game. 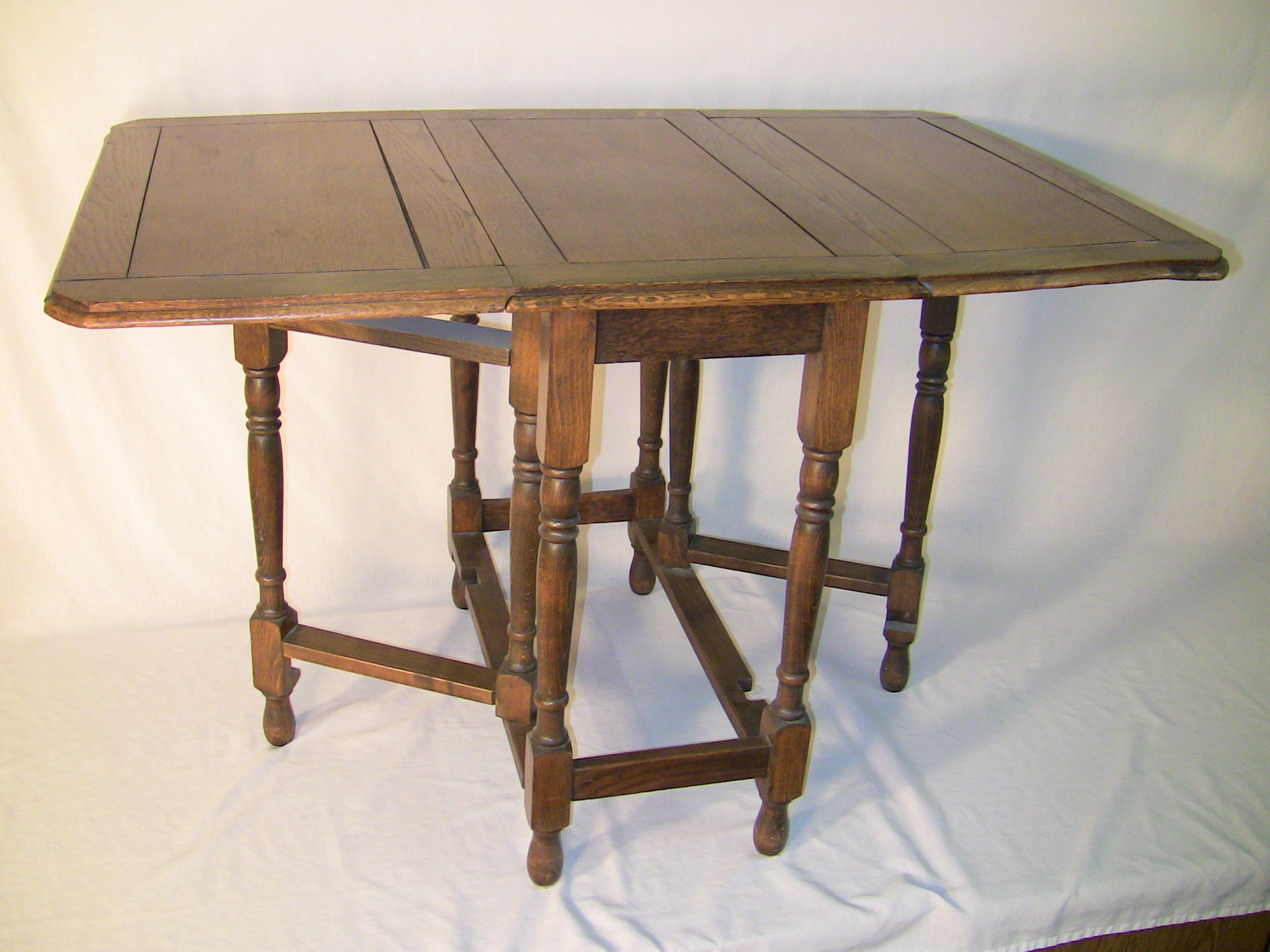 "I'm comfortable with what I like and enjoy and I've got a genuine interest... it's not just something that I'm doing to make money." 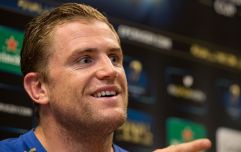 "We let ourselves down" - Jamie Heaslip speaks about the World Cup

END_OF_DOCUMENT_TOKEN_TO_BE_REPLACED

"In training, Louis Saha was the hardest, he was a joke. We used to say, 'What is going on with this guy that he's so good? Lucky he's in our squad'", said the former England international.

On his ex-teammate and Waterford's own John O'Shea:

"We used to call him the Mayor of Waterford. I went to Waterford with United after first signing (for £30 million in 2002). 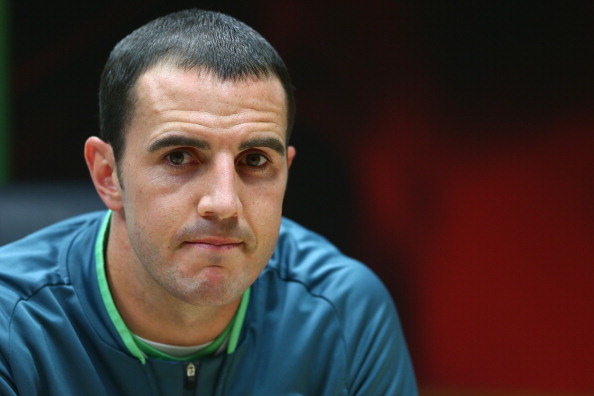 "I'd just signed and, to be fair to him, they were more interested in Sheasy, it was unbelievable. He was just a young kid, but in Waterford he was the man. It was funny."

On Roy Keane as a teammate: 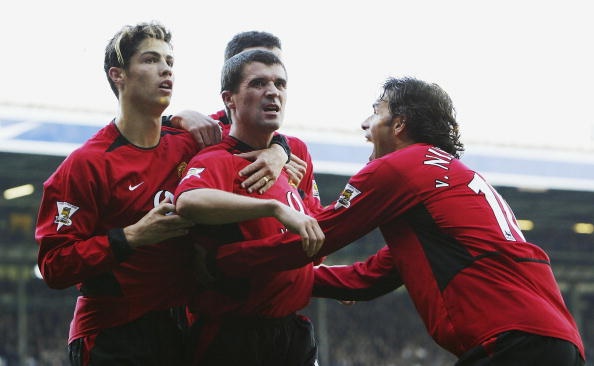 “He’s definitely intense, but I think there was another side to him as well - he used to like a laugh and mess about.

"But when it was business time, he was into his work. It was a shame the way his career at United ended. It left a little bit of a bad taste. But there is no doubt what a top player he was."

“That’s Roy, isn’t it? That’s the way he is. He doesn’t mix his words. That’s not something Roy would have been doing in his career."

On Rio getting pissed off at pundits as a player:

"You think, ‘they don’t know what they are talking about’". 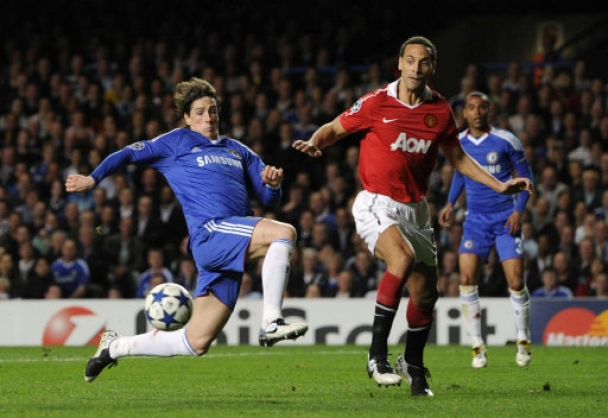 My way of dealing with that was winning. In Fergie’s last year, for instance, we won the league that year. The year before people were writing me off and saying I shouldn’t be playing. We won the league and I was in the PFA Team of the Year. That was my way of saying (flips middle finger!)."

On not being intimidated by opposition players:

"In football it doesn’t really happen and I don’t know why. If I was a striker I’d be like that. Dennis Bergkamp wouldn’t look at you, let alone talk to you. Shearer was the same. None of them, Wazza, none of them were like that."

Responding to the recent criticism of Wayne Rooney's form:

"Wayne won't be bothered by stuff like that. When you're a top player, nobody's career just goes steady like that, unless you're Messi or Ronaldo." 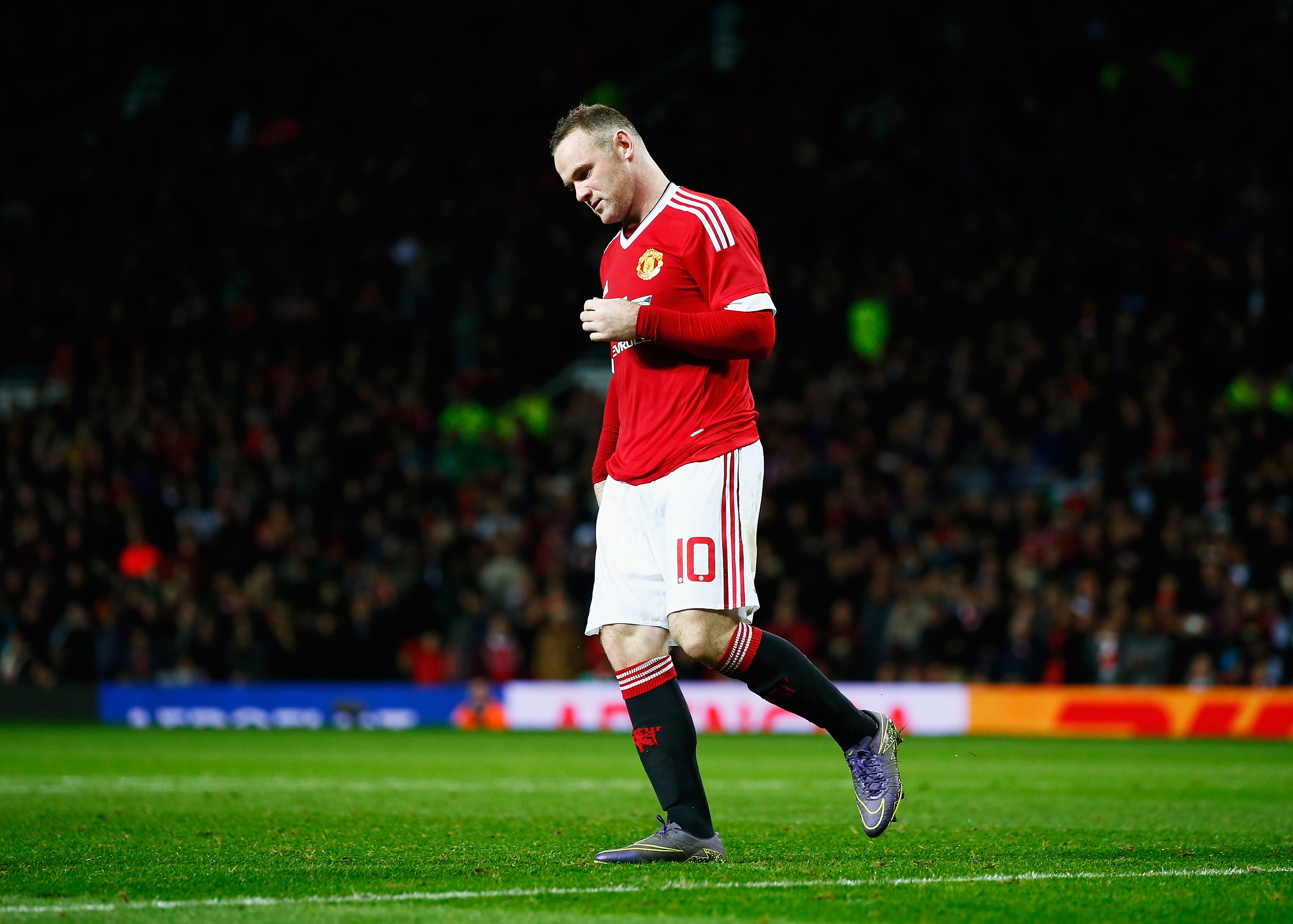 "Ronaldo went four games where he didn't score this season and people were calling for him to leave Real Madrid. That's how mad it is. The geezer's scored about 1,000 goals. It's a joke."

On whether other former teammates (like Louis Saha and Edwin Van Der Sar) would join him in the business world:

"Not really. A couple of guys at QPR are into business and then there's other people who couldn't give a monkeys", said the six-time Premier League winner.

"There were a few at United and obviously being at United you are more high-profile. You get noticed." 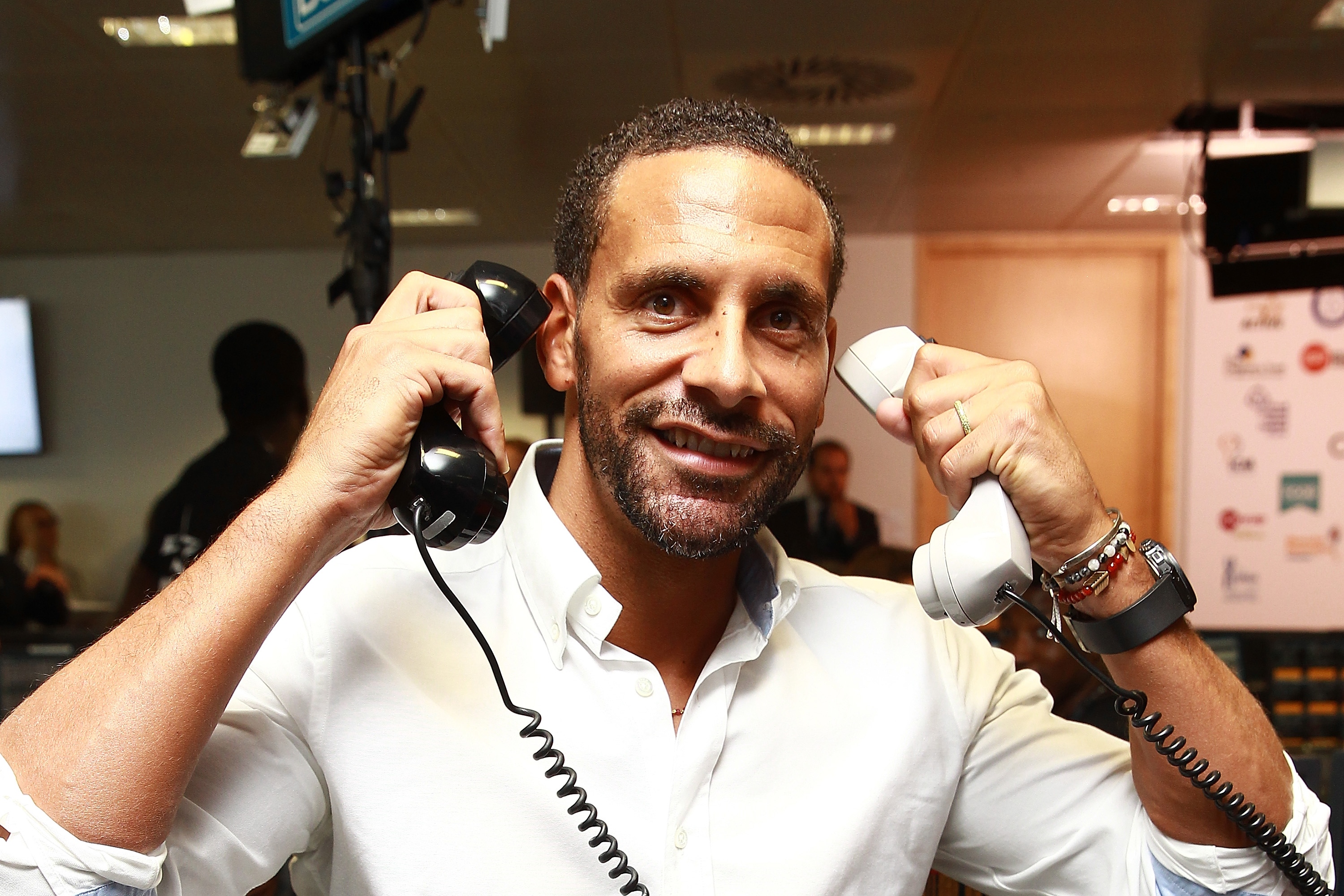 On finishing his career at QPR:

"Obviously it was disappointing, the last year of my career, because QPR were rubbish.

"The drive, the intensity, the expectations aren't the same. The quality, no disrespect, isn't the same and all those things add up and you're suddenly thinking, 'Wow, I was in a bubble at Man United for 12 years and it was autopilot success and it was hard work but you don't think about it'". 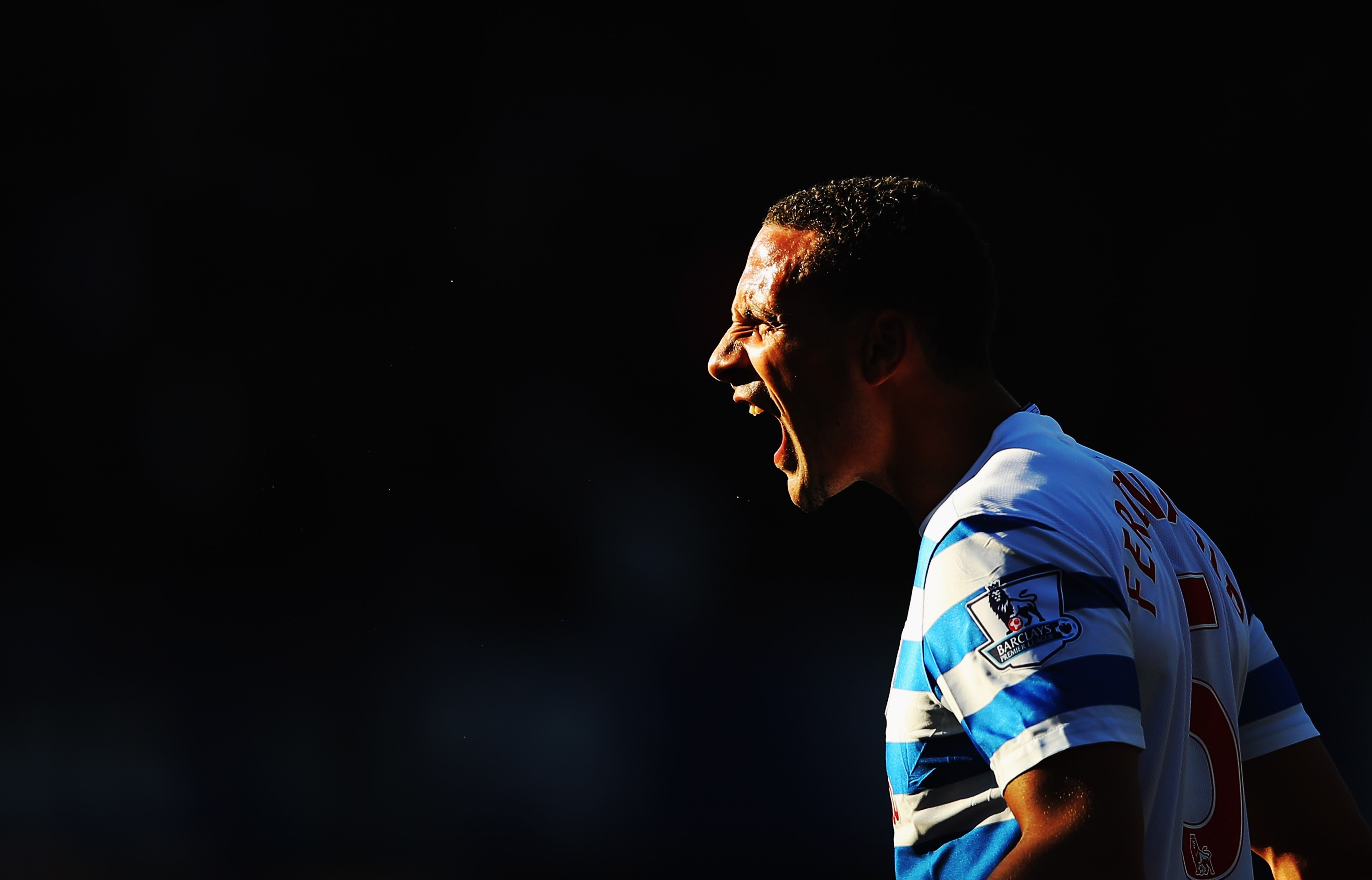 "Footballing-wise it was (a disappointing end to my career) but I learnt a lot and I can take a lot from it."

Finally, on Ireland's chances against Bosnia in the play-off:

"I think the best thing Ireland can do is stop it at source. Stop the ball getting in.

"Pjanic, who is probably their best player, he's deadly from set-pieces, in particular. They need to keep a close eye on him, as well as Dzeko." 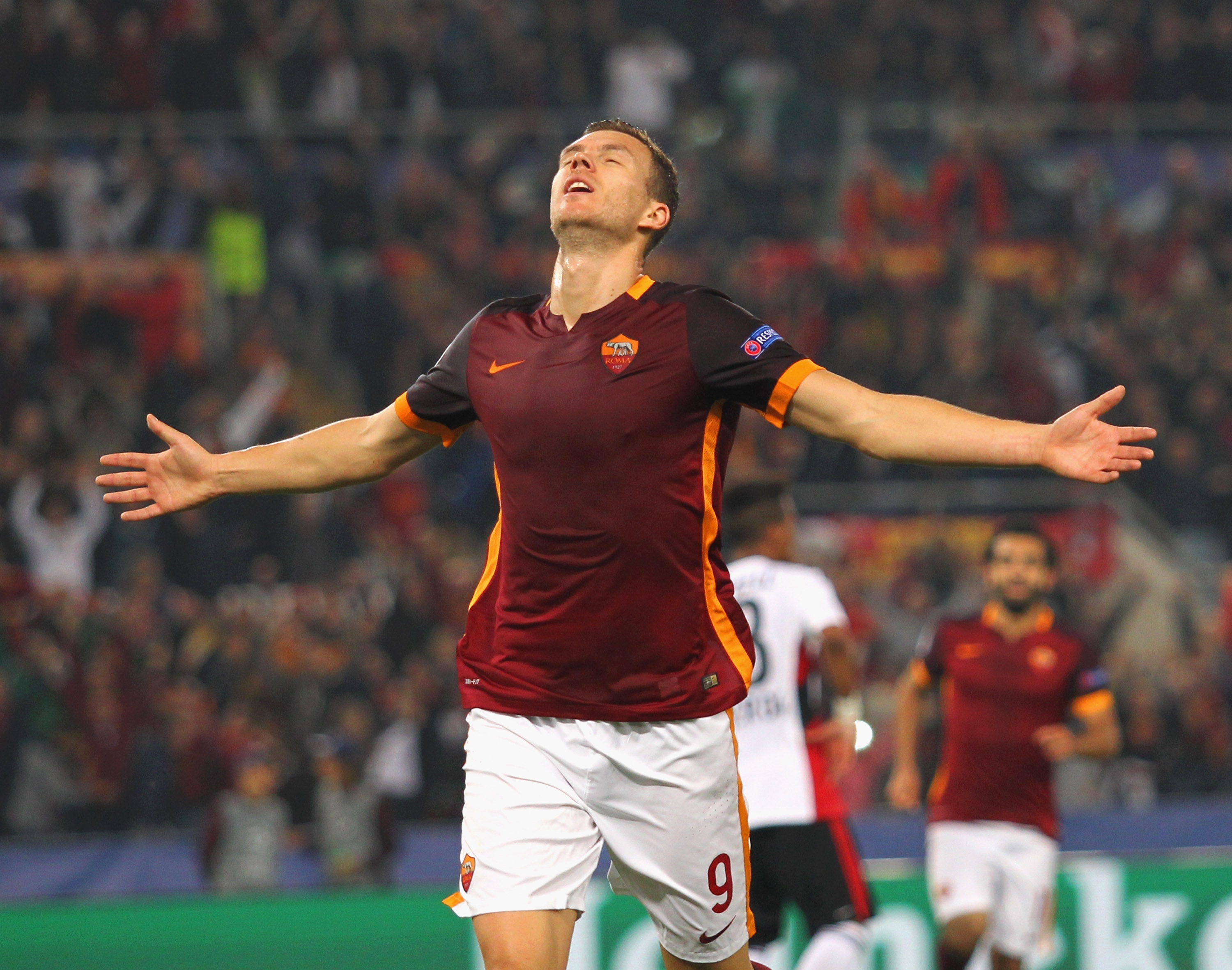 “I think Sheasy will be a miss. Normally in the big games he is one of the ones you would rely on to put in a decent performance. So the other guys will have to stand up and be counted.” 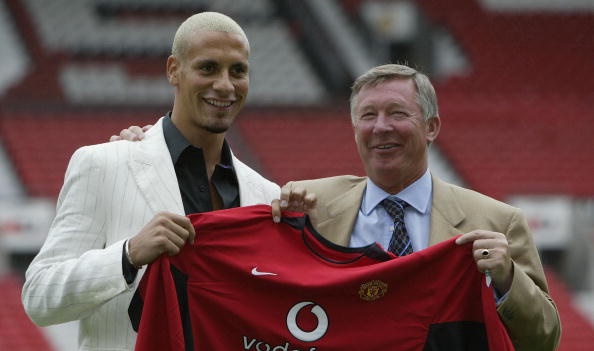 Former Manchester United player and BT Sport Ambassador Rio Ferdinand was at the Web Summit in Dublin yesterday. All BT Sport channels are part of the Setanta Sports pack in Ireland and will feature key upcoming Premier League games such as Manchester United v Chelsea on December 28th along with every UEFA Champions League and Europa League game. To subscribe, visit www.setanta.com

The Big Reviewski || JOE · The Big Reviewski with Ray Liotta, Goodfellas facts & Tom Hanks making us cry
popular
EU lorry drivers vow not to help UK get “out of the s**t they created themselves”
Netflix has just added arguably the very worst movie of the last decade
Energy supplies in Ireland entering "very tight situation", says Eamon Ryan
Four major employers join forces to create Ireland’s first remote working alliance
Up to 90% of petrol stations in the UK have run dry
Here’s what graduates from Irish colleges can expect to earn in the workplace
Gardaí appealing for witnesses after body of man in his 20s found in Dublin's Grand Canal
You may also like
2 years ago
Web Summit agrees deal to stay in Lisbon for the next 10 years
3 years ago
Paddy Cosgrave's muddle over Marine Le Pen demonstrates that the old ways don't work anymore
3 years ago
Web Summit withdraws Marine Le Pen invitation following public backlash
3 years ago
Web Summit to create 50 new jobs as part of international expansion
5 years ago
VIDEO: 8 Irish Start-Ups that caught our eye at this year's Web Summit
5 years ago
Mike Harvey from the Web Summit speaks to JOE about that RTÉ interview
Next Page