The transfer window officially opened on July 1st and with it a tsunami of lies and deceit.

In this new feature, we will look at one deliciously seductive rumour from the very finest of ITKs and assess the likelihood of it happening using a highly accurate Jim White system of scoring. 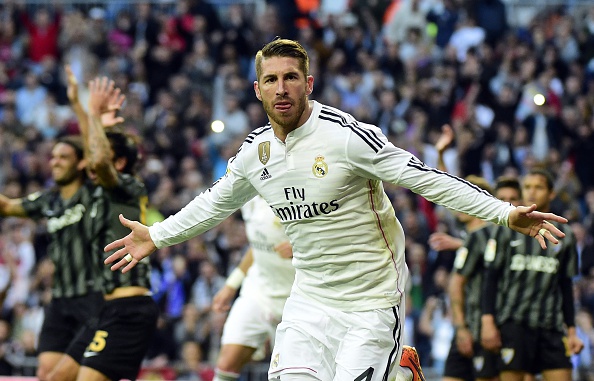 END_OF_DOCUMENT_TOKEN_TO_BE_REPLACED

Rumour: Apparently, he has asked Madrid to allow him to join the Louis Van Gaal revolution at Manchester United. The rumour mongers cite his indifference to Madrid not paying him enough attention.

What? Yes, you see, if a club is not looking to extend your deal every two weeks, you are automatically assumed to be at loggerheads with them.

The latest is that Ramos isn't going because United have right swiped on Nicolas Otamendi from Valencia. Louis's gonna need a bigger transfer kitty to get both.

END_OF_DOCUMENT_TOKEN_TO_BE_REPLACED

Ramos is a hugely significant part of the Real Madrid set-up and one of the world's best defenders. This has all the hallmarks of a player using his agent to spread rumours to get himself a better deal with the club he is already with.

Source: The whole world and blokes on Twitter pretending to be agents in the know.

END_OF_DOCUMENT_TOKEN_TO_BE_REPLACED

Likelihood: We don't think it'll happen, because at the end of the day (football speak right there lads), his mammy told the world that her boy is going nowhere. That and the fact he's been playing happy families with Rafa Benitez and Florentino Perez back at training with Real.

Over to you Jim.

Jim laughs in the face of this particular rumour.

popular
The JOE Movie Quiz: Week 166
QUIZ: Test your skills to the limit with this General Knowledge Quiz
QUIZ: Can you score 12/15 in this difficult General Knowledge Quiz?
The JOE Friday Pub Quiz: Week 306
Family of Ashling Murphy share heartbreaking tribute at Fleadh Cheoil
Man in his mid-20s dies in two vehicle collision in Cork
One of the best Irish films of recent years is among the movies on TV tonight
You may also like
2 days ago
The JOE Friday Pub Quiz: Week 306
5 days ago
Rebekah Vardy breaks down in tears in first TV interview since Wagatha Christie defeat
1 month ago
Gary Lineker says he suffered racist abuse during football days due to "darkish skin"
2 months ago
Merseyside police defend ‘exemplary’ Liverpool fans tear gassed by French police
2 months ago
BBC trainee accidentally posts message mocking Man United live on TV
2 months ago
Kurt Zouma charged with three animal welfare offences
Next Page