Who will win the Premier League? Vote here as we make the case for Liverpool, Chelsea and Man City

A three-way race for the Premier League is still too close to call. Three JOEs make the case for each team in the hunt and we want you to vote for who you think will pick up the title.

Many people seem to have looked at yesterday’s defeat at Anfield, coupled it with the injury to Yaya Toure and decided that City’s title hopes are toast.

END_OF_DOCUMENT_TOKEN_TO_BE_REPLACED

But that would be a kneejerk reaction and a cooler analysis of the run-in suggests that City are more than capable of winning a second title in three years.

Firstly, they have six games left, while Liverpool and Chelsea only have four. Of those six, four are at home, against Sunderland, West Brom, Aston Villa and West Ham. We think it is a safe enough bet to say that they should nab a perfect 12 points from those games, even with the machine-like Toure watching from the stands. 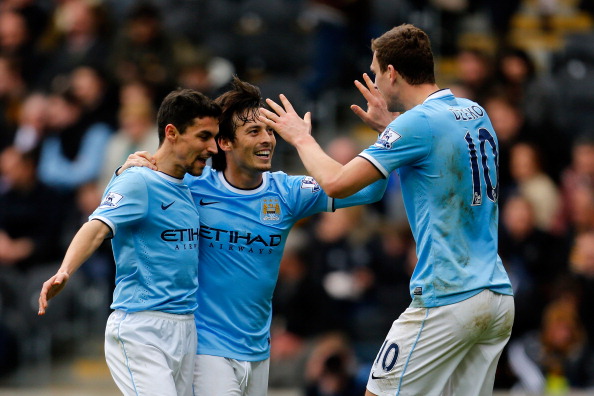 Their two away games, at Palace and Everton, are tricky but two draws, or even a win and a draw, are very feasible indeed. In fact, with Sergio Aguero back to full sharpness by then, you would have to have them as favourites against Palace and with a puncher’s chance of turning over the Toffees.

END_OF_DOCUMENT_TOKEN_TO_BE_REPLACED

I can see why there are doubts about City. Vincent Kompany was woeful yesterday, Joe Hart was not in great form either and David Silva can only do so much on his own but the nucleus of this City team won it all in the most dramatic way possible two years ago. After that, they know anything is possible.

Write City off at your peril.

END_OF_DOCUMENT_TOKEN_TO_BE_REPLACED

If you listen to Jose Mourinho, Chelsea are not in the race. Of course he wants everyone to believe that, but on closer inspection there is a strong case to be argued for the Pensioners. If they win all their remaining games, they are champions.

They have a vastly experienced squad who have won lots of medals. The big test will come when they travel to Anfield on April 27, but if anyone can halt the Liverpool juggernaut in it's tracks, it is the team managed by the self-proclaimed 'Special One'. Mourinho is a past master at psychology and tactics. You can be sure that if there is a weakness in the Liverpool set-up, Mourinho will have studied it and devised a plan to exploit it. 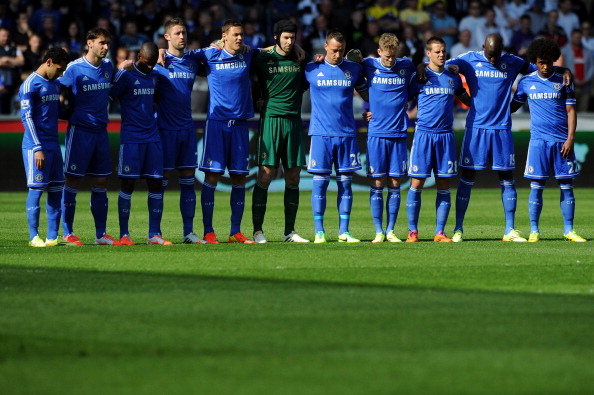 They have four matches remaining and outside of the Liverpool fixture, their three other games are very winnable. They play Sunderland and Norwich at home and finish up the season with a trip to Cardiff. The Hazard injury is not as bad as first feared and he is expected back sooner rather than later. The only thing that could scupper them is their involvement in the Champions League semi-final against Atletico Madrid as the match at Anfield is sandwiched the home and away leg.

A lot of teams feel daunted by the passionate support at Anfield, but Chelsea are a team which revel in these environments and will relish the chance of stopping Liverpool and their seemingly relentless march to the title.

Mourinho, to me, could be the difference in the title race and for that reason, I am sticking my neck out and opting for Chelsea to become champions.

Yesterday marked the end for many Liverpool fans, rather than a beginning. On a day with so much emotion, charged in such an amazing atmosphere, those few fans who were left saying that it was not possible, that others were only dreaming and that the depth of the squads around them would tell through at the most important moments have now seen the impossible becoming reality. They must admit defeat with this latest victory.

The tears of Steven Gerrard at the end of the match and his impassioned rallying cry to his players showed the two extremes of this team within moments of one another. Pure emotion, unbridled passion and a sense that something bigger is at stake all flowed out of the Liverpool captain at the end of the game, while the realisation that they needed to return to being focused immediately came from the same man, even though it sounded more like something Rodgers would say. 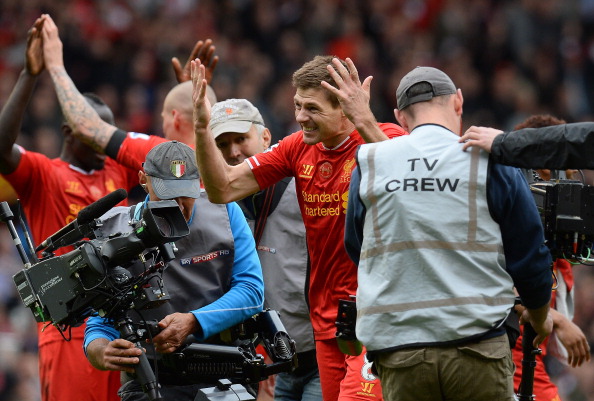 The run-in is favourable, but not fantastic. Chelsea is the stand out game, but with Norwich fighting for their lives and Crystal Palace shaping up to be a potential banana skin, nothing is a given. Mourinho loves to win and he loves to spoil parties, but this side are so quick off the mark, so ruthless in attack and so full of energy that any team who don't match them from the first minute find themselves behind on the score sheet very quickly. What's more, the bit is most certainly between the teeth of the Anfield side.

There are still concerns, however. Jordan Henderson is missing, while Mignolet, Sakho, Toure and even Jon Flanagan all look as if they have a bad mistake in them somewhere down the line. But there are now so many factors in the other column. Their form is becoming unprecedented, they have the best attack in the league, and they make teams play to their rhythm. They may never have a better chance than this, and they know it. The weight of disappointment would be too much if it were to end here, and that will be what drives them on to the title this season.

popular
Gardaí unveil new Armed Support Unit vehicles to replace older models
Man in his 70s dies following crash in Donegal
Netflix has just added 33 very big movies to its library
The full list of cancelled flights in and out of Dublin Airport on Monday (so far)
One of the greatest crime movies of all time could be getting a sequel
Amazon Prime Video has just added 51 big movies to its library
The long-awaited MetroLink is finally happening, for real this time, honest
You may also like
1 week ago
Gary Lineker says he suffered racist abuse during football days due to "darkish skin"
1 month ago
Merseyside police defend ‘exemplary’ Liverpool fans tear gassed by French police
1 month ago
BBC trainee accidentally posts message mocking Man United live on TV
1 month ago
Kurt Zouma charged with three animal welfare offences
1 month ago
The JOE Friday Pub Quiz: Week 295
1 month ago
Wagatha Christie trial: Rebekah Vardy denies leaking Riyad Mahrez message
Next Page