Why Gary Lineker, Lily Allen and you shouldn't comment

Don't comment if you're poor or disadvantaged, because you're a scrubber and a scrounger and basically a waste of space.

Don't comment if you've got any affiliation with a political party or social movement, or have previous for mouthing off about issues that matter to you, because you clearly have an agenda. 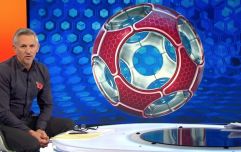 END_OF_DOCUMENT_TOKEN_TO_BE_REPLACED

Don't comment if you've not commented about this before, because you're out of your depth and need to stick to what you know and what about all the other things in the world you're not commenting upon?

Don't comment if you're brown or black or Muslim or Jewish or gay or trans or bi, because you just need to get over yourself and stop playing the victim all the bloody time.

Don't comment if you're none of the above because you're just a bleeding heart liberal leftard, who jumps onto bandwagons that have nothing to do with you. Wind your fucking neck in.

Don't comment if you're a woman because you're getting ideas above your station and you're too pretty to be worrying about that, or maybe you're just one of them feminazis and probably a lesbian.

Don't comment if you're rich or famous because you're a luvvie and you don't live in the real world, and why don't you open your own fucking home to them? Just like we take in orphans when we donate to Children In Need. 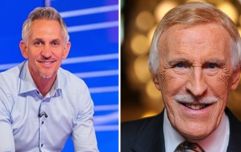 END_OF_DOCUMENT_TOKEN_TO_BE_REPLACED

Don't care. Don't worry. Don't have compassion. Don't comment on anything or anyone that's not us. Don't question what 'us' is. Don't be offended. Don't feel guilty. Don't get angry. And don't fucking cry.

The Big Reviewski || JOE · The Big Reviewski with Ray Liotta, Goodfellas facts & Tom Hanks making us cry
popular
EU lorry drivers vow not to help UK get “out of the s**t they created themselves”
Netflix has just added arguably the very worst movie of the last decade
Four major employers join forces to create Ireland’s first remote working alliance
Here’s what graduates from Irish colleges can expect to earn in the workplace
Up to 90% of petrol stations in the UK have run dry
Gardaí appealing for witnesses after body of man in his 20s found in Dublin's Grand Canal
Plans for new bank holiday now at an "advanced stage"
You may also like
2 months ago
Gary Lineker to host new ITV game show, Sitting on a Fortune
1 year ago
Gary Lineker appears to accidentally spoil BBC Sports Personality of the Year Award while hosting
4 years ago
Trump's tweet about guns after London prompts stinging reply from Gary Lineker
4 years ago
Gary Lineker hits back at Daily Mail tax avoidance story, claiming they have a 'vendetta' against him
4 years ago
Gary Lineker's idea to take pressure off school children makes a lot of sense
4 years ago
Gary Lineker provides eloquent retort to Sun suggestion he doesn't compose his own tweets
Next Page