Brought to you by Dtwo

You'll receive a bucket of beer and some free food...

Ireland v England in the Six Nations is always going to be one of the games of the tournament, but that's especially true this year. Both sides will fancy themselves as contenders for the World Cup, and last year's Grand Slam decider will still be fresh on their memories.

END_OF_DOCUMENT_TOKEN_TO_BE_REPLACED

You'd have to go back all the way to 2013 for the last time it wasn't either of these two sides lifting the trophy. Chances are, the winner of this seismic clash will put themselves in the driving seat for this year as well.

With our boys in green showing such great form, we've no reason not to believe they can make it three wins in a row against the English.

As the home of sport in Dublin city, Dtwo will be showing all of this year's tournament on each of their 20 TVs. One of those is the massive projector screen you can see in the photo below. 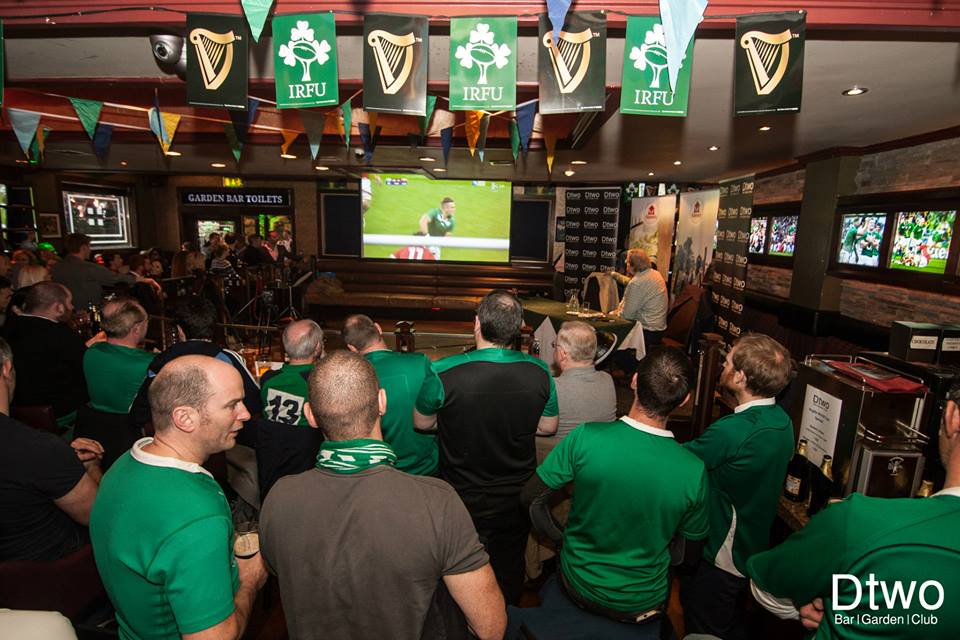 To be in with a chance of having the best seats in the house for the big match, just answer the simple question below.

END_OF_DOCUMENT_TOKEN_TO_BE_REPLACED

Watch the matches on one of DTwo's 20 big screens, including the massive monster screen! Enjoy their match day specials on food and drink and cheer on the boys in green. DTwo has the best seats in the house so reserve your seat today!

*Tom McGurks are not included.

Brought to you by Dtwo

House of Rugby Ireland · Quinn Roux on finding a home in Ireland and Mike McCarthy brings the absolute HEAT!
popular
The JOE Movie Quiz: Week 85
Gardaí warn of scam targeting AIB customers
The 50 most iconic songs of all time* have been revealed
QUIZ: The JOE Music Quiz: Week 41
Conor McGregor’s strength and fitness stats are very, very impressive
20 of the best comedies to watch on Netflix right now
Yewande Biala releases statement discussing racism on Love Island
You may also like
3 days ago
New year, new you, new career? This opportunity could be right up your street
5 days ago
Irish workers urged to check if they are entitled to tax rebates now a New Year has arrived
1 week ago
Over $1 billion can be won from two US lotteries this week and you can enter both draws from Ireland
1 week ago
WATCH: New rap video for ‘Dry Ass Pinty’ will provide the kick you need to do Dry January
1 week ago
QUIZ: Can you name these smartphones with their logos removed?
2 weeks ago
A mysterious new trailer has landed for your first must-watch show of 2021
Next Page