Welcome to Day Six of the 2022 FIFA World Cup, and our dedicated hub where we will keep you updated on all the action from the tournament.

Yesterday saw four games of action all jam packed into a monster day of football, including Portugal's 3-2 win over Ghana and Brazil's 2-0 win over Serbia.

END_OF_DOCUMENT_TOKEN_TO_BE_REPLACED

Cristiano Ronaldo's penalty saw him become the first player to score in five World Cups, and although it may only be Richarlison's first tournament, he stole the headlines with a wonder goal.

Today has a lot to live up to but it kicks off with a lot of promise as Wales play Iran first, followed quickly by Qatar vs Senegal, then the Netherlands take on Ecuador before the grand finale between England and USA. 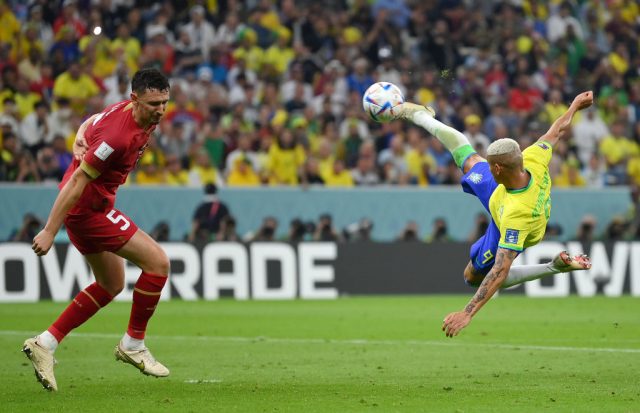 END_OF_DOCUMENT_TOKEN_TO_BE_REPLACED

Gareth Bale has came under some criticism following a lack lustre performance against the USA, despite scoring the equalising penalty so it will be interesting to see how he gets on.

The host nation were very disappoint in their opening game, so they will want to right that wrong against Senegal.

Louis van Gaal was a relieved man when two late goals secured Holland's win their opening game, but he will be hoping for a more convincing performance this time.

England managed to get seven against Iran, but the USA will be a much more challenging test, and with Harry Kane a doubt, they may need to rely on others to step up.