World Cup Bet of the Day: France and Germany to be level after 90 minutes

With very little to choose between these two European heavyweights, we think they'll finish level after 90 minutes. What happens after that is anyone's guess.

While all the pre-tournament talk was about European teams never winning the World Cup outside of Europe, we think these two teams have a very strong chance of ending that hoodoo. Both have been impressive in qualifying for the knock-out stages and although Germany needed extra-time to overcome the brave challenge of Algeria in the previous round, you know that they can never be ruled out. 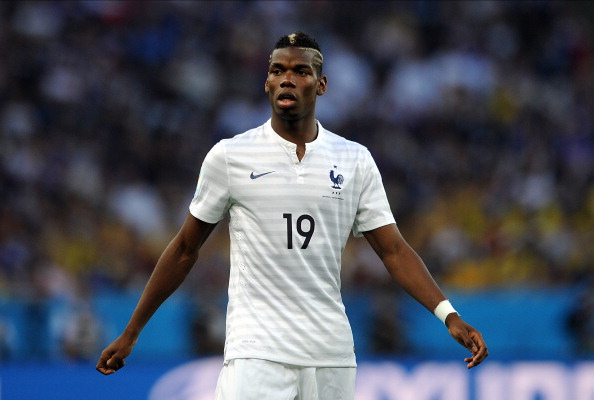 France have only conceded two goals on their march to the quarter-finals and Karim Benzema has been in imperious form. With Paul Pogba (pic above) depressing Manchester United fans everywhere with his sheer class in the French midfield, they have a lot of good things going for them. We cannot decide who will win what promises to be a titanic tussle, so the odds of 9/4 for a draw after 90 minutes are too enticing to ignore.


popular
Met Éireann says there's a risk of snow for parts of Ireland this weekend
QUIZ: Can you guess the pixellated movie posters?
QUIZ: Can you name all these European countries just from their vowels?
Aldi to recruit 550 new staff and implement living wage rate for employees
Here are Ireland’s favourite takeaways, as per the National Takeaway Awards
Dublin pub to host a 'doggy date night' where you can bring your dog to dinner
Man dies after farming accident in Cork
You may also like
10 months ago
Who will sit on the Iron Throne? Odds revealed on the big question in the final season of Game of Thrones
2 years ago
Irish punter turns a tenner into €78,000 after 33,000/1 and 1,500/1 bets pay off
2 years ago
Irish punter scores a massive, winning accumulator by spelling out 'C-E-L-T-I-C'
2 years ago
Kildare punter nets big from outrageous golf bet
2 years ago
Mystery punter in Cork wins over €82,000 after bet comes in at odds of 33,000/1
2 years ago
A Dublin punter has just won big with this outrageous golf bet
Next Page