The WTF had been referred to as such since it was founded in 1973 but, according to a BBC report, the "negative connotations" of what we all know WTF to stand for in this new "digital age" has prompted them to drop a word from the official title. 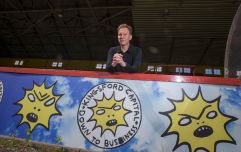 END_OF_DOCUMENT_TOKEN_TO_BE_REPLACED

The announcement was made ahead of this week's World Taekwondo Championships, which will take place in South Korea.

The change came about due to the fact that WTF's more well-known meaning is"unrelated to our organisation and so it was important that we rebranded to better engage with our fans."

And all along we thought they were just big fans of Marc Maron's popular podcast. 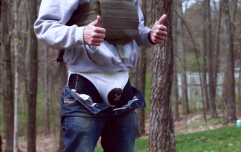 Video: CEO tests out bullet proof cup by taking live round to the b*lls

END_OF_DOCUMENT_TOKEN_TO_BE_REPLACED

"World Taekwondo is distinctive and simple to understand and reinforces the global nature of our sport," said World Taekwondo president Choue Chung-won.

"Our vision is taekwondo for all and as World Taekwondo we are confident we can build on our success to date and achieve that vision."

popular
Met Éireann issues weather warning for three counties
QUIZ: Can you conquer this delightfully difficult General Knowledge Quiz?
QUIZ: Take your very best shot in this tough General Knowledge Quiz
The JOE Movie Quiz: Week 160
An underrated Jason Statham thriller is among the movies on TV tonight
The JOE Friday Pub Quiz: Week 300 - the Triple Century
The JOE Music Quiz: Week 110
You may also like
4 years ago
Scientists have designed the 'perfect human body' and we're not sure we'll ever be able to sleep again
4 years ago
We have absolutely no idea what this new Netflix trailer is for, but we're intrigued
4 years ago
Why is one of the world's richest inventors now selling flamethrowers to the general public?
4 years ago
Everyone is talking about this pic of Jamie Dornan for one very obvious reason
5 years ago
13 disgusting things everyone got tricked into googling at school
5 years ago
Man claims drinking his own urine has kept him healthy for 23 years
Next Page