I spent the day trying to oppose favourites yesterday, as if I was going to be brave, I'd do it on day one to when I have three days to play it safe, and plan to be more sensible today.

The first race, the Neptune Novices Hurdle looks a bit of a match between Yanworth and Yorkhill. Coming to the Festival, Yanworth was on my banker list.

END_OF_DOCUMENT_TOKEN_TO_BE_REPLACED

Last year at the Festival he was an unlucky fourth in the Champion Bumper and since then he's won four in a row, improving every time he has run.

He has course form when he won the trial for this race in January trouncing some classy opposition. With maestro Barry Geraghty on board, I think he's the closest thing to a free bet on the following race, the RSA as you'll get.

I might need that as I am less certain about my next selection in No More Heroes in that race, as I think More Of That could be a very strong challenger. The latter has won on all four times of asking at Cheltenham but the question you should ask yourself when picking a winner for this race is "could this be a future Gold Cup winner?"

I believe No More Heroes is. He is exactly the type of horse that's going to give you goosebumps, the way he attacks his fences and is a joy to watch. His backers in the Albert Bartlett last year (of which there were many) will have been a bit soured that he finished third because he looked very strong turning in, Bryan went for a gap, but the runner up cut him off, which resulted in a stewards enquiry,

END_OF_DOCUMENT_TOKEN_TO_BE_REPLACED

It's always risky going against a course specialist, plus I have concerns about my choice needing softer ground, but I'm hoping Michael O'Leary's hero will be flying high for this one.

The third race is very hard to call but I'm having a small flutter on Politologue trained by Paul Nicholls who trained the winner of this last year, but there's big talk on course for Davy Russell's ride Diamond King.

The Queen Mother Champion Chase is a spectacular race with the scintillating Un De Sceaux lining up against three former champion chasers in Dodging Bullets, Sire De Grugy and possibly the most exciting horse I've ever watched – Sprinter Sacre.

Ol' Sprinter has had his troubles, many in fact, and I think it would be too romantic to believe his recent resurgence means he's back to his best. Hopefully he'll give the favourite a run for his money, but I think the bookies will be paying out on another Willie Mullin's hot pot here. 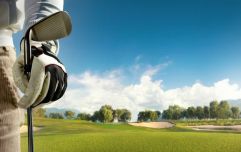 END_OF_DOCUMENT_TOKEN_TO_BE_REPLACED

Josses Orders ridden by Nina Carberry is the obvious choice for the Glenfarclas Chase while in the next, the Fred Winter Juvenile Handicap Hurdle, I'll follow the money and back Diego Du Charmil.

To cap off the day I will be backing the Jessica Harrington New To This Town in the Champion Bumper, who I saw bouncing on the gallops this morning. The stable had a good second yesterday on 80/1 shot Rock On The Moor and I believe this boy won't be too far off either.

popular
Nicola Bulley's phone found by the river 'could be a decoy', diving expert suggests
Teenager killed in shark attack after swimming with dolphins in Australia
The Last Of Us Episode Five will premiere days earlier in Ireland and UK
Amazon Prime Video has just added 21 big movies to its library
One of the best crime thrillers ever is among the movies on TV tonight
5 years ago, Hollywood took a massive gamble on a huge sequel... and lost big time
Shock as blues singer beats Adele, Beyonce and Taylor Swift to win Song of the Year Grammy
You may also like
3 years ago
Who will sit on the Iron Throne? Odds revealed on the big question in the final season of Game of Thrones
5 years ago
Irish punter turns a tenner into €78,000 after 33,000/1 and 1,500/1 bets pay off
5 years ago
Mystery punter in Cork wins over €82,000 after bet comes in at odds of 33,000/1
5 years ago
A Dublin punter has just won big with this outrageous golf bet
5 years ago
Cork man is waiting on one more bet to win €250,000 in an accumulator
5 years ago
Lucky Irish punter claims a whopping €95,000 from a 50 cent bet
Next Page