Brought to you by Microsoft.

It's not big or clever.

Games of FIFA with your closest buds tend to be pretty tense affairs.

END_OF_DOCUMENT_TOKEN_TO_BE_REPLACED

There are bragging rights on the line, there’s often an audience and you’ve had years of practice when it comes to bugging the hell out of each other. So it's pretty easy to rile your opponent mid-game with a few annoying FIFA tactics.

Here are a few timeless classics that never fail to wind up your mates.

Play keep ball when you’re ahead

The clock is ticking down and your mate is trailing by a goal. This is obviously the perfect time to indulge in a bit of tiki-taka and to show off your defenders’ passing skills.

It's the FIFA equivalent of a cat playing with a mouse. There’s nothing that your poor victim can do and you both know it. Many an innocent controller has taken the brunt after this tactic led to rage quitting.

Score a sweaty goal or three

Sweaty goals, for the uninitiated, happen when you run at the keeper on one side of the pitch and draw him out before squaring it for your teammate to tap in. It hurts because it works. 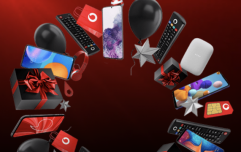 END_OF_DOCUMENT_TOKEN_TO_BE_REPLACED

It’s a particularly despised goal in FIFA, even if it is an eminently sensible tactic. Admittedly, scoring a carbon copy of that goal three times in a row can be a bit cruel.

“It’s a perfectly legitimate thing to do in a team sport and I don’t know why you’re getting so annoyed. Seriously, pick the controller back up. Why are you leaving?”

Watch all the replays

It’s a real kick in the nads after you’ve just scored. This is the ultimate form of psychological warfare when your opponent is at his or her lowest ebb.

“Come on! You scuffed it in after a scramble in the box. For the love of... Why are you even watching this? The slow motion replay? Really? Really!?”

As far back as FIFA 96 on the Sega Megadrive, there have been little glitches in FIFA that a canny player could exploit. Back then, you could shoot from a particular part of the pitch and you were almost guaranteed to score. Things have improved but glitches still exist.

There’s nothing like exploiting a glitch to score to convince your mate that you’re somehow “cheating.” If you want to really want to pour petrol on the flames, tell them you can only play the game that’s put in front of you.

Do a running commentary

“A beautiful pass out wide for the winger. Here he comes, cutting inside and past one defender. Who is this kid? Past another defender. This is unbelievable! He shoots…. Goaaaaaaallllll!! Oh my word. WHAT. A. GOAL.”

Yeah, it’s pretty annoying. Especially when you’re doing a terrible Martin Tyler impression. And shaking your fist in their face to celebrate.

Gaming is better with Windows 10. Not only do existing Xbox games work great, but gamers can enjoy the freedom to play Xbox Play Anywhere games on another Windows 10 PC or Xbox One console — buy it once and play it anywhere, including shared progress across devices.

On Windows 10, gamers can take advantage of the breathtaking graphic fidelity to unlock the full capabilities of a gamers PC’s video hardware to deliver incredible visuals and improved performance.

Brought to you by Microsoft.