For the first time in eight years, the price of Amazon Prime is about to increase.

The shipping and delivery service – which also includes access to Prime Video as part of its subscription fee – made news this week with the announcement of a price increase for UK customers.

END_OF_DOCUMENT_TOKEN_TO_BE_REPLACED

The official statement from Amazon is as follows:

"Prime offers the best of shopping and entertainment and continues to improve each year. We have increased the number of products available with fast unlimited Prime delivery, recently added ultra-fast fresh grocery delivery, and have significantly expanded our high-quality digital entertainment, including TV, movies, music, games, and books.

"Prime Video has tripled the number of Amazon Originals since 2018 alone, rolling out new series and movies such as The Boys and The Terminal List, plus locally-produced originals such as Clarkson’s Farm, Backstage With Katherine Ryan, Totems, Jack Reacher, LOL: Last One Laughing, as well as adding access to Premier League football and Autumn Nations rugby in the UK/Ireland.

END_OF_DOCUMENT_TOKEN_TO_BE_REPLACED

"This September, Prime Video will also release the highly anticipated The Lord of the Rings: The Rings of Power. With increased inflation and operating costs in the UK continuing to rise, we will change the price of Prime by £1 from £7.99 to £8.99 per month, and the annual membership from £79 to £95 per year. This new price will apply on or after 15 September 2022 on the date of a Prime member’s next renewal.

"Customers can view the details of their next renewal date, switch to an annual plan (at least £12 saving over one year versus monthly payments) or cancel their membership by visiting amazon.co.uk/managePrime.

"This is the first time Amazon has changed the price of Prime in the UK/Ireland since 2014, and we will keep working to ensure Prime is exceptional value for members." 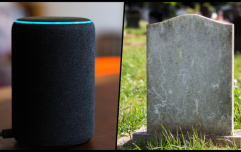 END_OF_DOCUMENT_TOKEN_TO_BE_REPLACED

The above prices are set for Irish customers in Sterling Pounds, as all Irish customers who wish to Prime memberships must do so via amazon.co.uk, and the costs will be different in Euros, depending on the exchange rate at the time of purchase.

Customers can also avail of Prime Video without signing up for Amazon Prime, which at the time of writing is priced at €5.99 per month.

popular
Nearly 100 flights delayed at Dublin Airport on Monday
QUIZ: Can you get top marks in this short but tricky Irish geography quiz?
Family of Ashling Murphy share heartbreaking tribute at Fleadh Cheoil
RTÉ tries to solve Michael Collins murder in new documentary
4-year-old girl killed in Sligo caravan park named as Alice Dunleavy
QUIZ: Can you score 12/15 in this difficult General Knowledge Quiz?
The 50 most iconic songs of all time* have been revealed
You may also like
5 days ago
Amazon Prime Video has just added 27 big movies to its library
6 days ago
Jake Gyllenhaal working with incredible creative team on the remake of Road House
1 week ago
6 great new (and classic) additions coming to Prime Video in August
1 week ago
WATCH: Colin Farrell - "Our crew said this was the most dangerous movie they'd ever worked on"
2 weeks ago
Amazon Prime Video has just added 19 big movies to its library
3 weeks ago
Title, cast and plot details for The Boys spin-off revealed
Next Page