The man behind the camera...

You might not know his name, but you will certainly know his work.

Working with David Attenborough on BBC shows such as The Blue Planet, Planet Earth, and Frozen Planet, Doug Allan has produced some of the finest wildlife cinematography seen on screen.

As we meet to discuss his ridiculously impressive (and envy-inducing) career, Doug describes how photography was not his initial career choice. 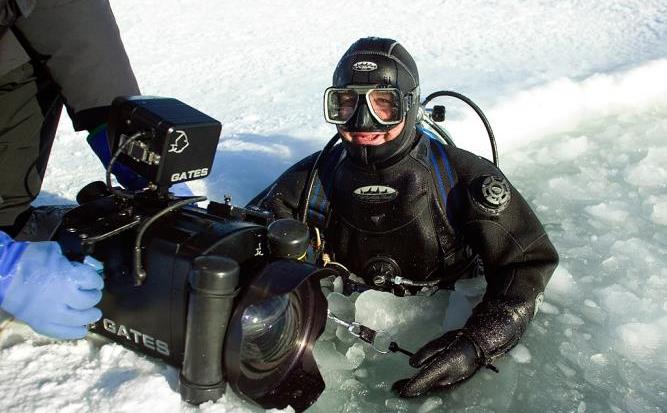 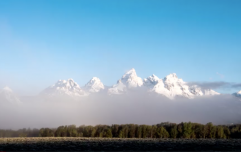 END_OF_DOCUMENT_TOKEN_TO_BE_REPLACED

“I didn’t get into photography until after university” he tells us. “I qualified as a Marine Biologist and was working as a diver in the Red Sea."

It was during this period, working off a base camp at the Antarctic, Doug met with David Attenborough who was out with his film crew capturing footage for BBC.

In his own words, "I got intrigued in the idea of capturing this underwater world on camera and being able to show others just what it was like." 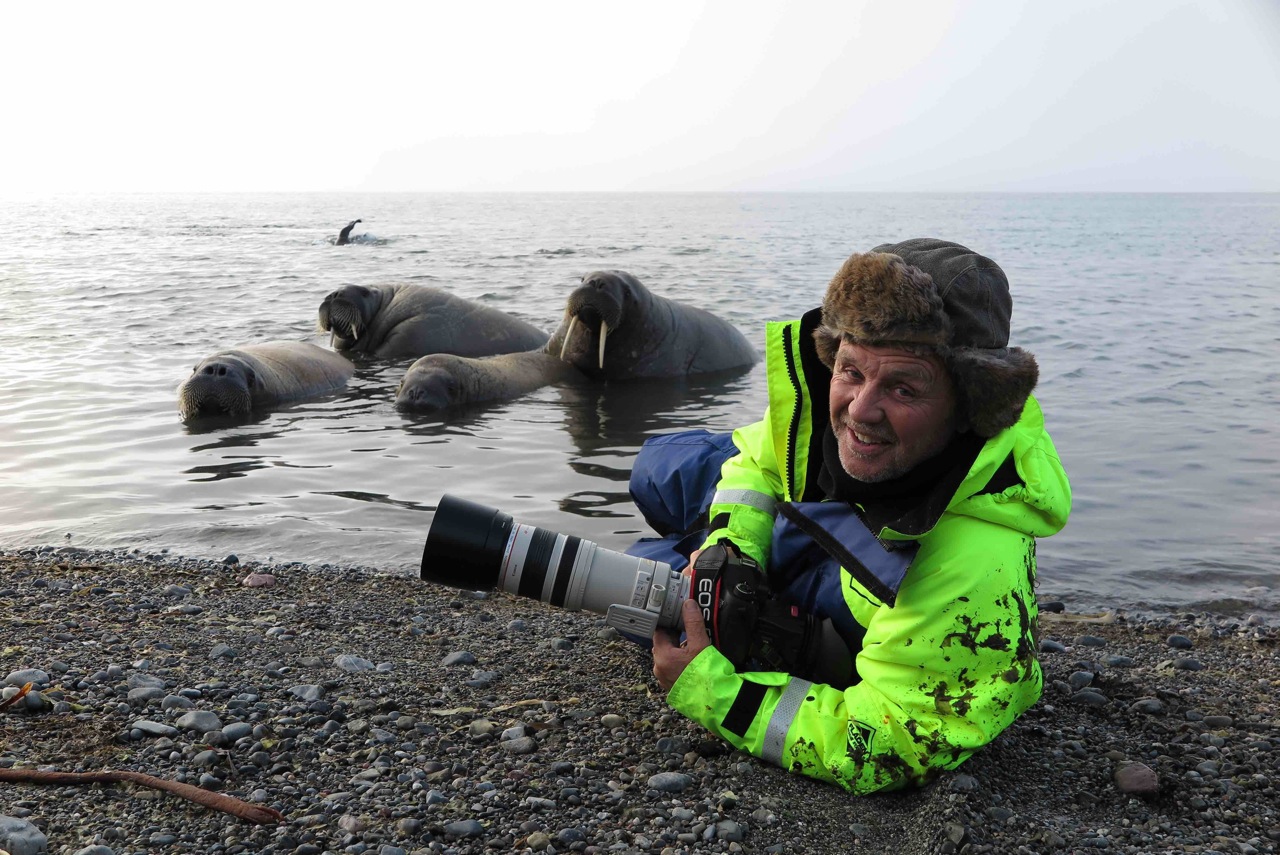 Specialising in capturing underwater and Arctic wildlife, Doug has experienced some incredible moments from swimming eye to eye with Southern Right Whales, to witnessing polar bear cubs emerge from their dens for the first time. (No biggie, like.) 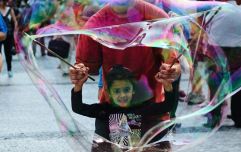 Sharpen those lenses, Ireland's most creative photographers are being sought for 'The Snapys'

END_OF_DOCUMENT_TOKEN_TO_BE_REPLACED

Over the years, Doug has also seen a number of advances in the capabilities of digital photography, allowing him to capture even more detailed and extraordinary images.

As he states himself, “with digital, it’s so easy to experiment. You can change one setting and instantly see the difference. Before, you had to wait a few weeks for the images to even be developed. The thing about it now is you can really teach yourself. Yes, you need to have a certain eye, but you can so easily experiment now and develop your skill.” 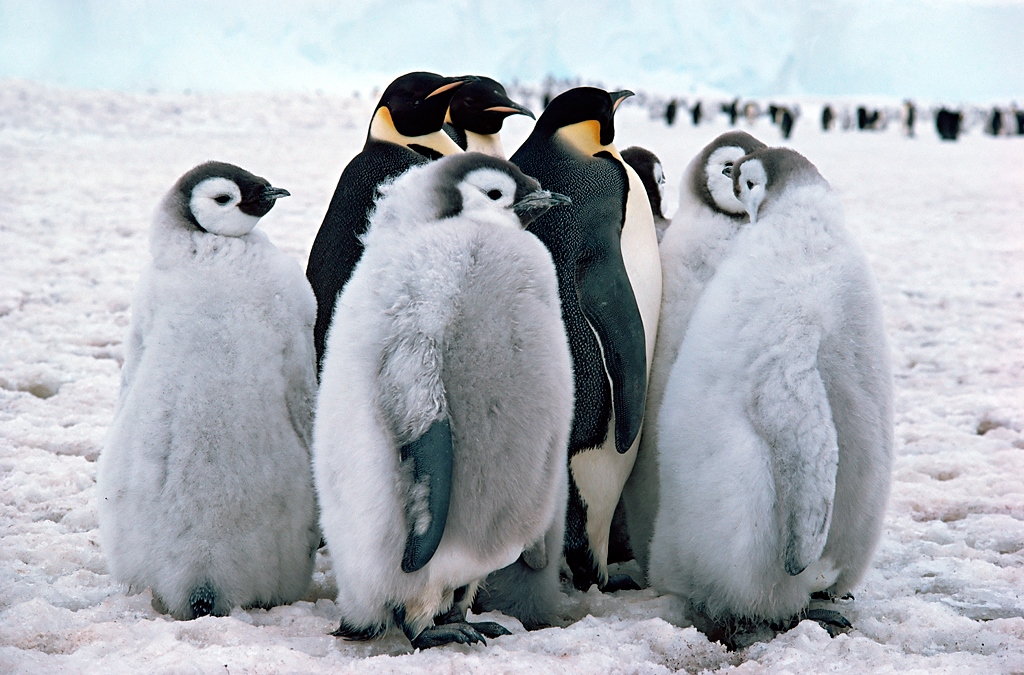 As the cameraman behind some of the most popular wildlife series, we decided to ask Doug his top tips for  capturing photos.
Advertisement

Surprisingly, none of the five tips he gave us involve taking 500 selfies to get the right lighting.

1. Don’t buy new equipment, always buy second-hand. Don't waste all your money on a camera body, it's better to buy a second-hand camera and instead invest in a wide selection of lenses.

2. Think in terms of trying to create a portfolio of work.

You want to try and connect your photos. It might simply be that you go to one area such as a woodland or countryside, but cover it well. Use wide lenses, capture close-ups, different moods and different seasons. Think of it as an assignment, if you do that you will see a big difference.

This one I can't stress enough. You need to know what different lenses do, the difference between a wide, and close-up, what the f-stop on a camera does, and ultimately learn the basics.

4. Always look to be challenging yourself.

It's very easy to photograph areas you have an interest in or like, but you should always be on the lookout for areas you don't know and try to capture them. There are so many things you can experiment with using digital cameras.

Camera phones, such as that of an iPhone, are fantastic these days. You'll probably always have one with you, so there's never an excuse to not start snapping.

Keep on learning. I said it before, and I'll say it again. Never stop challenging yourself.

If I'm being honest, digital photography has really brought that fun back into capturing images. Yes, it's important to get serious with it too, but ultimately with photography, you just have to have fun.

Doug brings his new show In The Company of Giants to Ireland this autumn for a countrywide tour of talks from October 27 - November 15.

For more information on tour dates and booking a ticket to one of Doug's talks, click here.

The Big Reviewski || JOE · TBR Spotlight: The Falcon and the Winter Soldier Episode Four - 'The Whole World is Watching'
popular
Female personal trainer shares the creepy messages she receives from men on social media
The cast and director of Fast & Furious 9 discuss setting a sequel in Ireland
You can now get a life-size inflatable pub for your back garden
What Netflix’s Seaspiracy gets wrong about fishing, according to a marine biologist
Dublin cyclist says he "could've died" after being pushed into ditch
The 50 most iconic songs of all time* have been revealed
New walk-in Covid-19 test centres open across Ireland
You may also like
8 months ago
Incredible cash prizes up for grabs in this Huawei smartphone photography competition
1 year ago
Dublin photographer wins Best Overall Photo at 2019 Huawei Creatives
1 year ago
PICS: National Geographic announce the winners of the Travel Photo Contest
1 year ago
David Attenborough's cinematographer reveals where he thinks the most beautiful place is on the entire planet
2 years ago
Our guide to taking great photographs that don't need a filter
2 years ago
PIC: The funniest wildlife photo of the year has been revealed
Next Page