JOE has been gaming away at Ubisoft’s latest open-world hack-attack game, Watch_Dogs, for the past week, stealing credit card info from unsuspecting citizens and being a general nuisance in Chicago…

So, what did JOE make of Ubisoft’s highly-anticipated Watch_Dogs? Did it live up to the hype? Well, we thought it did. That’s not to say there weren’t one or two small annoyances that we came across throughout the campaign, but overall Watch_Dogs is extremely enjoyable and it doesn’t get old due to the fact that there’s just so much you can do around the city, thanks to all the various side missions and mini-games.

By now, the majority of people know what Watch_Dogs is all about. However, in case you don’t see JOE's preview; you play as Aiden Pierce, a grey-hat hacker who sets out on a revenge mission following the death of his young niece, Lena. Lena’s death was an unfortunate case of collateral damage, as she was gunned down in Aiden’s car after one of his hacking jobs went horribly wrong…

END_OF_DOCUMENT_TOKEN_TO_BE_REPLACED

Watch_Dogs’ unique selling point is the fact that you can ‘control the city’ with the touch of a button as Aiden’s smartphone is capable of hacking into the city’s security infrastructure, called ctOS, allowing gamers to control bridges, traffic lights, steam pipes and pretty much anything else that’s connected to the internet. 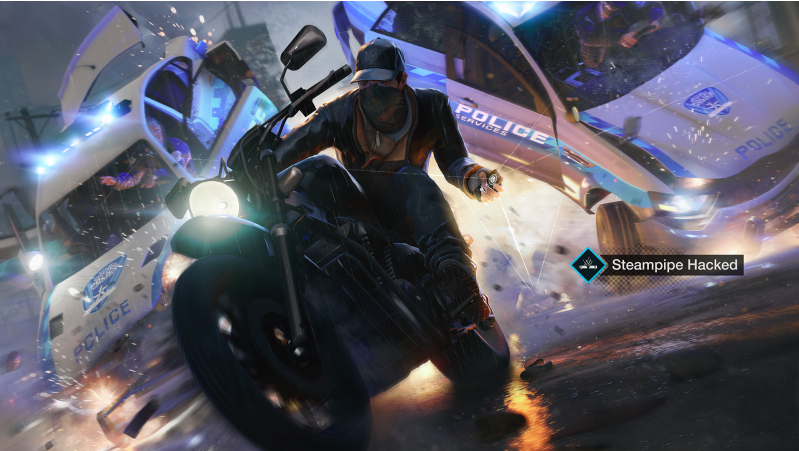 With this handy hacking tool you can raise bridges, which make for great stunt ramps by the way, and with good timing, or a little bit of luck, you can neutralise your enemies by making steam pipes rupture and concrete bollards pop up underneath them. This is one of the more satisfying ways of taking out your pursuers in Watch_Dogs and the camera goes into a nice cinematic mode so you can watch the destruction unfold behind you. It’s class…

This hacking ability really sets Watch_Dogs aside from anything else we’ve played before and it was something we certainly put to good use by blocking attackers with traffic jams and concrete bollards and by stealing bank accounts from innocent citizens – we racked up a cool $70,000 in little to no time thanks to some fairly wealthy folk.

END_OF_DOCUMENT_TOKEN_TO_BE_REPLACED

When you aim the smartphone at the non-playable characters (NPCs) in the game you can see what they do for a living and how much money they make, as well as their dirty little secrets, which is another very cool feature of Watch_Dogs. It gives personality to some otherwise boring NPCs and some of them will definitely give you a laugh.

There are so many great aspects to the game, from its lengthy storyline (well over 20 hours - without taking side missions and free play into account), to its absolutely stunning visuals of Chicago. However, as we said, there were one or two annoying things that stuck out in our minds.

Firstly, some of the smaller vehicles featured in the Xbox One version of the game looked a tad boxy. Thankfully, there are a number of class muscle cars, sports cars and luxury cars that more than make up for the minority of square & boxy ones, but it was something that we couldn’t help notice – especially when everything else, from buildings to non-playable characters and even the water, looked so damn good. 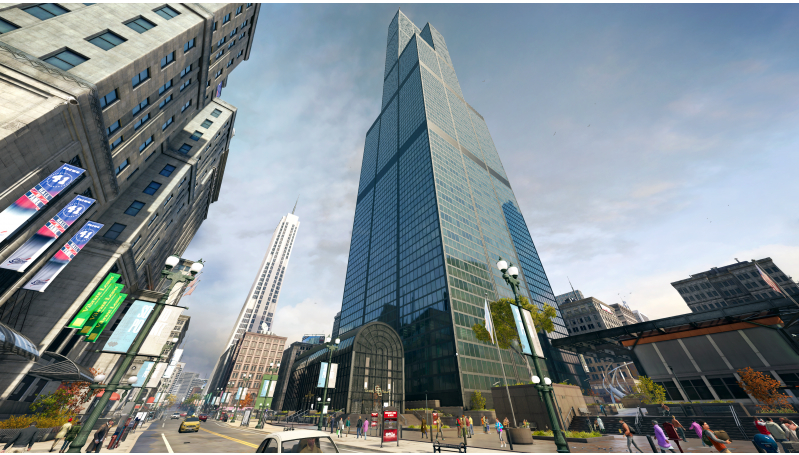 END_OF_DOCUMENT_TOKEN_TO_BE_REPLACED

Secondly, Aiden, the protagonist, is… well, he's a bit of an odd ball. He’s hell bent on finding the person who killed his niece and he’s constantly moaning and groaning about the fact that the Bloom Corporation, creators of the ctOS, are keeping tabs on people all around Chicago. However, this is coming from the same guy who says nothing when he steals the bank account of an innocent shop assistant on the street who makes less than $18k a year...

Thankfully, once you get over Aiden’s morally ambiguous outlook on life, you’ll find a game that will keep you playing for hours at a time, even if you don’t actually get anywhere in the story. There is a reputation meter that keeps track of how well behaved you are, so do good things for others and you'll soon be known as the 'Protector' or 'Vigilante' among the public. However, if you injure or kill innocent pedestrians on the street, you'll quickly acquire a reputation for being an 'Anarchist' or worse, a 'Menace'.

As we said above, there are plenty of side missions and mini-games to keep you going, but one of the most enjoyable parts of Watch_Dogs are the 'augmented reality’ missions called 'Digital Trips'. You can access these missions via an ear implant you receive off of an extremely dodgy looking dealer a very nice gentleman in the street who assures you that you’re going to have a great time, or via your smartphone.

The missions vary from controlling a giant mechanical spider tank with the aim of killing waves of police, along with everything else that moves (see below), to bouncing around the city on giant flowers collecting floating coins as you fly from petal to petal. It can get a bit silly, but the augmented reality missions are extremely fun to play, regardless. We even found ourselves turning on the console and starting up Watch_Dogs just to play the digital trips. 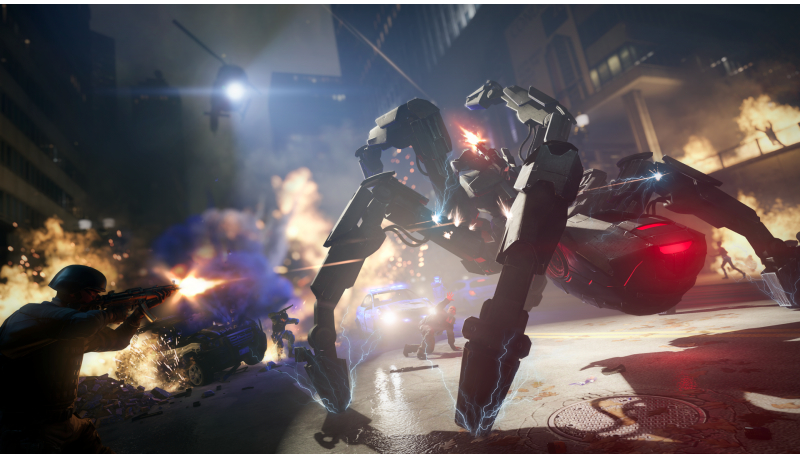 The online aspect is also very interesting. It’s integrated into the main game and sometimes you can’t progress in the story unless you take on an online mission. For these, you play against a real player who’s somewhere in the world and you’ll either have to chase them down in a high-speed chase, or else you’ll have to find them and hack them, or visa versa.

Finding the real life hacker in the game can be fairly tricky, as they can hide anywhere within a designated zone so they could be up high on a building, or down low under a bridge. It’s a great idea and it certainly works well in the game. Plus, it’s great craic watching the player you’ve just hacked running around like a headless chicken as they try to uncover your hacking spot.

Overall, we were very pleased with how Watch_Dogs turned out and while there were one or two small blemishes, the game certainly does live up to the hype, in our opinion. Better yet, thanks to the record-breaking first week sales of Watch_Dogs, gamers can expect to see a sequel from Ubisoft sometime in the future.

You can pick up a copy of Watch_Dogs at all major media stockists, or online via Littlewoods.ie, Xtravision and GameStop. 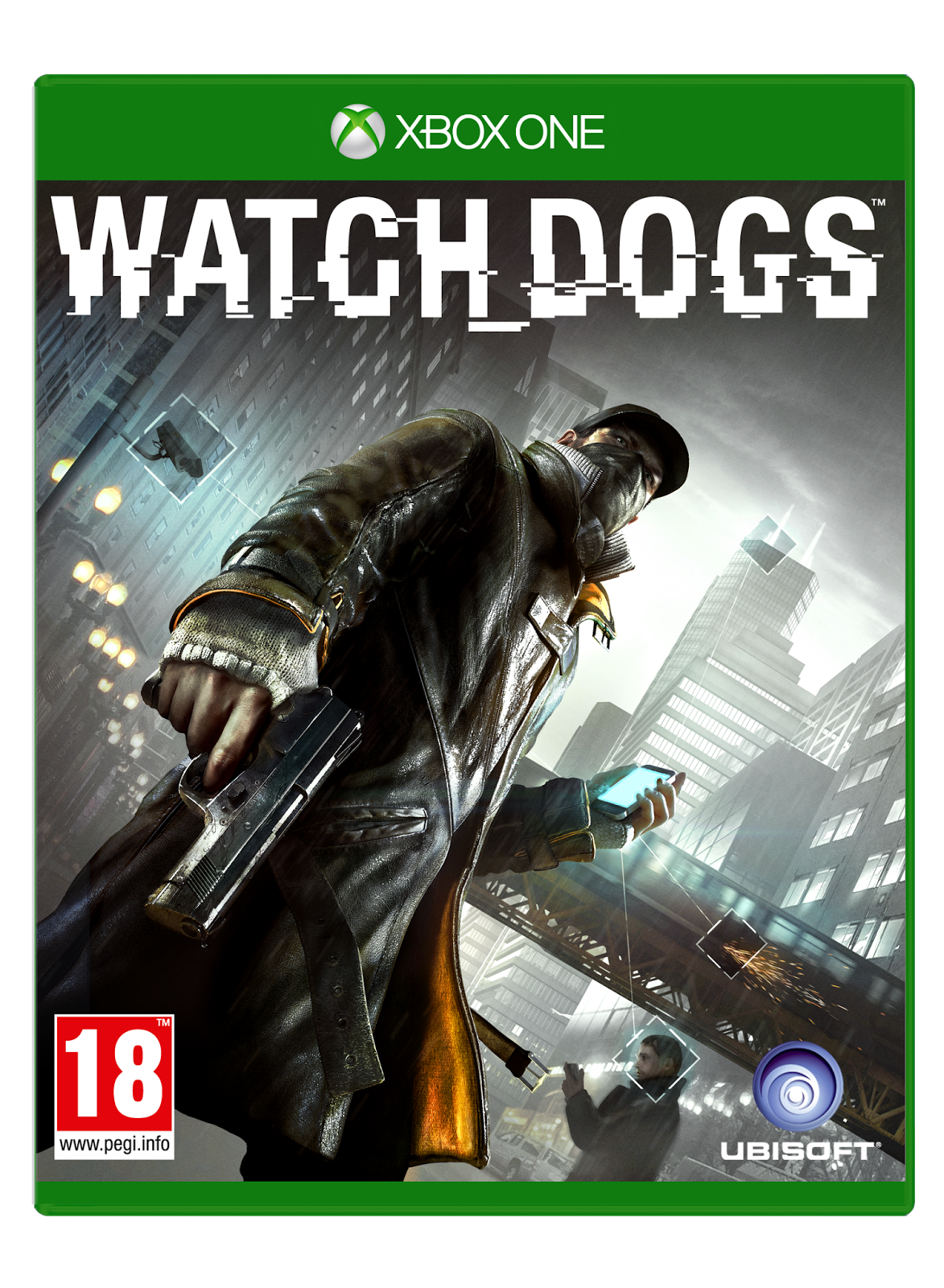