Quit your job and spend all of your life’s savings because you, my friend, could be sitting on a veritable goldmine.*

Remember those old VHS tapes that you used to watch religiously as a kid?

Well, it turns out that they could soon be worth quite a lot of money.

END_OF_DOCUMENT_TOKEN_TO_BE_REPLACED

As rental stores gradually disappear from the streets, it seems that the time could be right to cash in on that cupboard full of old video cassettes.

And no, we’re not including that VHS tape that has "Home Alone" written on the side, but which is actually a home-made compilation of the best late-night episodes of Red Shoe Diaries.

Speaking to The Metro, David Jinks, of international courier ParcelHero, said: “It’s time to learn the lesson of vinyl. Many once unloved and discarded original LPs and singles are now worth significant sums… an album can be worth up to £7,000 for the right version, with mint record and sleeve.”

“Today video tapes are considered just as ephemeral as records once were, and are fast disappearing from our homes.” 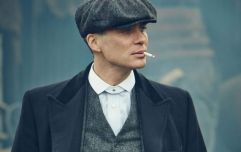 END_OF_DOCUMENT_TOKEN_TO_BE_REPLACED

Jinks went on, saying, “There are few items more unwanted and unloved at the moment than old video tapes. Many people probably have a boxful in the loft, and no working VHS player to show them on. Most charity and second hand stores won’t even take them for free.”

“But it is precisely because they are being thrown out faster than you can say 'Betamax' that they will become collectables in the future.”

Whatever money you get for your old collection, we know they’ll always be priceless to you because you really can’t put a price on happy late-night memories.

*Don't do anything of the sort. This is in no way a money-making guarantee you fool.

popular
One of the best action movies of recent years is finally available to watch at home
The 50 most iconic songs of all time* have been revealed
QUIZ: See if you can ace this General Knowledge Quiz
The JOE Friday Pub Quiz: Week 278
"It will be with me until I die" - Charlie Bird opens up about "loveliest gesture" from Daniel O'Donnell
QUIZ: Try score top marks in the hardest country flag quiz you'll ever take
Lisa Fallon praised as she opens up about terrifying ordeal on Late Late
You may also like
1 day ago
The 10 must-watch new (and old) arrivals coming to Disney+ in February
2 days ago
The ultimate Friday night film and 6 more movies and shows to watch this week
4 days ago
David Jason says he wants to play Del Boy in Only Fools And Horses again
4 days ago
Peaky Blinders stage show debuting in 2022
5 days ago
One of the greatest Marvel movies ever is among the movies on TV tonight
1 week ago
Tim Allen returning for The Santa Clause series on Disney+
Next Page