How Things used to be: 9 things we all remember from our first mobile phone

When every phone was built with the same resistance as an armoured tank and the most important financial question you had was 'how many 13c texts can I send with a €5 top-up?'

It's a different world now...

We've all moved on, but it's still great fun to look back at these 9 memories from our first phone.

Pulling up the antenna when receiving a call

Did pulling up the antenna actually make any difference? Who knows...

People used to actually pay for ringtones that sounded similar to chart hits and occasionally there was a genius who was able to devise his own with the custom maker.

Those modern day Mozarts were treasured. 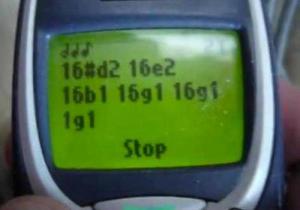 We reckon far more students knew their 13-times-tables in those days, because they needed to calculate how many texts they could send with the amount of credit they had.

WAP was slow internet and terrible graphics. 'Wireless Application Protocol' or 'Web Actively Plodding' as we preferred to call it.

The phone being completely indestructible

Old phones were build to last... a nuclear apocalypse.

Getting it confiscated in school

Or worse, your teacher answering a call in the middle of the class.

Changing the cover of your old Nokia

They weren't just phones, they were fashion accessories. 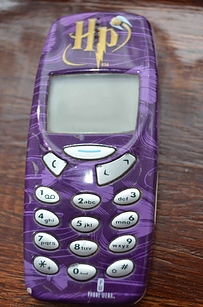 Sure, flip phones still exist, but they're nowhere near as popular as they used to be. The most dramatic hang up will always be the flip-phone hang up.

popular
5 years ago, Hollywood took a massive gamble on a huge sequel... and lost big time
Netflix has just added 12 very big movies to their library
One of the most underrated crime thrillers of recent years is among the movies on TV tonight
Tom Hardy set to play Hannibal Lecter-type serial killer in new series
Netflix backtracks on anti-password sharing measures following user outcry
Guy Ritchie's new war movie looks like it'll be a very emotional watch
‘Older’ woman who took Prince Harry’s virginity gives her side of the story
You may also like
1 month ago
People are warning others about using new AI selfie app
2 months ago
18 very affordable gifts for your aul' fella or brother this Christmas
3 months ago
Elon Musk set to take over Twitter after completing $44 billion purchase
4 months ago
How Twitter is changing gaming as we know it
4 months ago
WATCH: Apple's iPhone 14 event featured some creepy teases for Severance Season 2
6 months ago
Instagram walks back on recent changes that you all hate
Next Page