Instagram are set to make changes to the timeline again

It's good news, this time.

Nobody likes change, especially on social media. Every time there is a new update to Twitter or Instagram, there is uproar. Remember when we 'favourited' tweets instead of 'liking' them? The good old days. But we get used to it and eventually the outrage mellows and we realise we needn't have got so upset.

The same thing happened when Instagram changed their timeline algorithm - whereas in the past it was purely chronological, with the most recent post at the top, the change aimed to show you what the app thought you would like first. People were angry, they know what they want to see better than an algorithm and they have carefully created a timeline to their tastes. 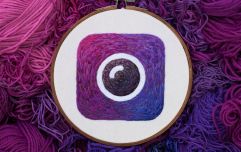 END_OF_DOCUMENT_TOKEN_TO_BE_REPLACED

Instagram have listened to these voices and announced another change, going back towards the more chronological timeline. It still won't be perfectly chronological, you might still see posts in a slightly jumbled order, but the algorithm has been altered to make it more like it was originally.

You will also be able to manually refresh, instead of having the app automatically refresh for you, allowing you to avoid losing where you are on the timeline.

House of Rugby Ireland · Quinn Roux on finding a home in Ireland and Mike McCarthy brings the absolute HEAT!
popular
Holly Willoughby criticises influencer for travelling to Dubai during pandemic
Here are the best movies on TV tonight
QUIZ: Can you name all of these countries just from one of their cities?
New Zealand set to close its borders for the entirety of 2021
Lidl to open six new stores and create 1,200 jobs in Ireland over the next year
Leo Varadkar says if Ireland introduced mandatory hotel quarantine, it would have to do so for a year
Five things we definitely do not want to see in the new Harry Potter TV series
You may also like
11 months ago
The most Instagrammed honeymoon destinations in the world have been revealed
1 year ago
Instagram model raises over $500,000 for Australian bush fires by selling nudes
1 year ago
It looks like Facebook are planning on hiding their like counts
1 year ago
Instagram said to be working on a new app to rival Snapchat
1 year ago
What effect is Instagram hiding likes having on users, brands and influencers?
1 year ago
This awesome idea just won this year’s Young Shark Awards
Next Page