From next-gen consoles to big name franchises, there were plenty of things to get excited about in the year just gone, but what did JOE enjoy the most?

The reason that this game made the list is we simply ended up playing it a hell of a lot more than we though we would, and it was some good old fashioned fun. For the serious hockey fan, they've got all the licences for the NHL (obviously) as well as developmental leagues and foreign leagues, so that should satisfy your desire for real hockey action. You can also adjust all the settings to make it more realistic and the graphics are very good, as you would expect at the end of a console cycle, but for us, the most craic was had in the anniversary mode.

END_OF_DOCUMENT_TOKEN_TO_BE_REPLACED

It's simple, it's high impact and it's like playing a souped up version of NHL '94, with plenty of hits and goals for all. The fight engine is also great, and there are some real tactics involved to getting the better of an opponent in a scrap rather than just button bashing. Here's a bit of a look at the type of fun you can have.

The full on games are also hugely entertaining when played with a mate, so long as you both agree that it's no holds barred and everyone goes for a free for all. Staying out of the penalty box is a real achievement in these cases, and when you catch someone with a solid hit, it's a feeling of pure joy that no other game this year has matched for us. We've laughed a lot when playing this game, meaning that we were obviously enjoying ourselves, and these days that's not common enough.

END_OF_DOCUMENT_TOKEN_TO_BE_REPLACED

It would remiss of us not to include this on the list seeing as it was probably the biggest gaming launch of the year. It's a huge title, with so much to do and more coming down the line too in the shape of DLC, so there's still a lot of life left in this game. The game itself focused on the characters of Franklin, Trevor and Michael, and allowed you to switch between them at any time, which was a new feature for the franchise, and came in handy given the sheer size of the world in which the game is set.

The other big and exciting first for GTA was the Online mode, which allowed you to roam around an open world with other users, and inevitably end up killing each other. As with the rest of life, there are plenty of jerks out there who are just out to cause havoc, but there is plenty of fun to be had in that mode if you can get a clan of mates together and pull off a few heists. Here are a few of the fun bits that you can do in GTA, thanks to the lads at Defend the House, who have given the game a substantial Mythbusters treatment.

While we were hugely excited at the start and glued to the game for the first few weeks, we do have to say that with so much to do, the option of online and all the yoga classes, cycling and golf games we could handle, we began to get a little bit bored with the game. We've not really been playing it a whole lot these last two months and barely touched it over the Christmas, so even though it is definitely one of the best games going, perhaps it's beginning to lose it's sheen a bit.

END_OF_DOCUMENT_TOKEN_TO_BE_REPLACED

The Last of Us

One of our favourite games from 2013 came in the form of the PlayStation 3 exclusive title, The Last of Us. This ‘action-adventure survival horror’ saw us controlling the characters Joel and Ellie in the year 2033 during a zombie infection outbreak in the USA and it was our mission to get the Ellie to the safe zone while playing the world-weary father figure, Joel. 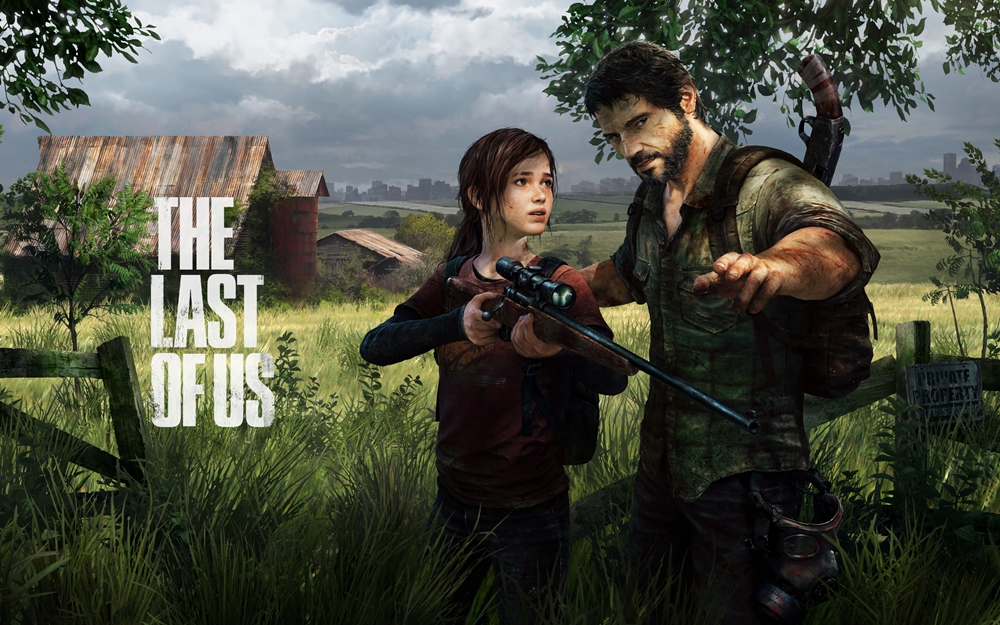 The Last of Us was great for a number of reasons. Firstly, it had an absolutely fantastic storyline throughout the entire game and some horrifying zombie scenes that genuinely had us at the edge of our seats on occasions (a particular scene involving the clickers and the crumbling building springs to mind...). The Last of Us also kept us guessing as to what might happen to our protagonists and it was the type of game that you would find yourself saying, ‘I’m only going to play for five more minutes’, only to end up being glued to the TV screen until the wee hours of the morning.

The online mode was also pretty good, which was a nice surprise, considering so much effort went into the main story. Ultimately, one of the main reasons we loved the game was for it’s brilliant ending that left the franchise open for another instalment.

Of all the driving games to be released this year, Gran Turismo 6 was our favourite for a few different reasons. The Gran Turismo franchise has always been a favourite for both car enthusiasts and causal gamers alike and the latest instalment caters to both groups, just like always. 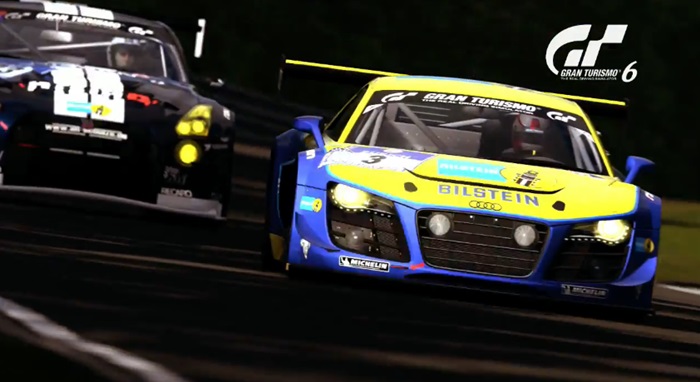 There are enough cars in the game to keep enthusiasts busy, as they can check out all the various stats they previously didn’t know (even thought they'll probably tell you they did), while all the big recognisable names, like Ferrari, Lamborghini and Porsche are there for the casual gamers to enjoy.

While Forza might win the award for ‘most visually appealing racing game’ thanks to it's autovista, GT6 gets our vote for its inclusion of the Goodwood Festival of Speed and also for letting gamers drive around the moon for the first time in the franchise’s history. It’s the little touches that win us gamers over…

The only slightly annoying aspect about the game is the fact that you have to complete two driving licences before you’re allowed to join any online games, but we suppose that's good in a way as it weeds out the people who don’t know what the brake pedal is for and for those who think GT6 is just a game of virtual bumper cars…

Assassins Creed IV Black Flag was without a doubt one of our favourite games from 2013. It was seriously fun right from the start. Instead of holding your hand and walking you through a ‘controls tutorial’ the game simply lets you find your own way around for the first few scenes. The tutorial only pops up later in the game just before you get into some fairly heated action. 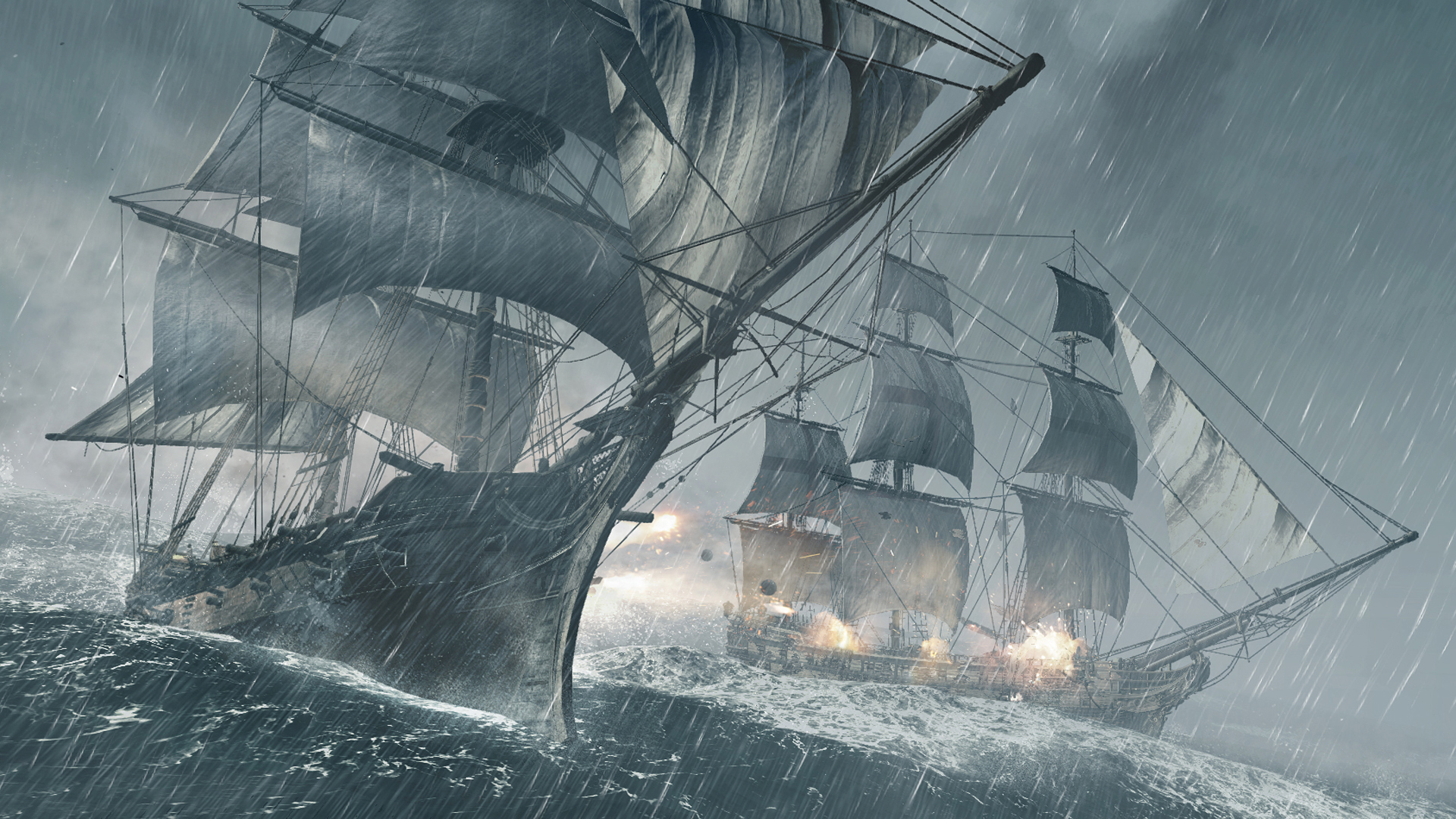 ACIV sees you exploring the Caribbean as the master pirate Edward Kenway and one of the great things about the game is the fact that you can do all the exploring you want without having to complete missions in the main story first. So if you’re not up for following in the exact footsteps of Cpt. Kenway and his merry men then you can spend as much time as you want hunting whales, seizing British & Spanish naval ships or simply discovering new land, just for the craic.

The game’s free companion tablet app also proved to be pretty handy. Once you have the app downloaded you can use it to view the game’s main map, which saves you from having to pause the action mid game just to see where you’re going. It’s not necessary to download the app, but it adds an extra element of fun to it.

Last year was certainly a good year for video games and considering we have the likes of Watch Dogs and Tom Clancy’s: The Division to look forward to, 2014 is going to be just as good, if not better.

popular
The long-awaited MetroLink is finally happening, for real this time, honest
Netflix has just added 33 very big movies to its library
Irish man rescued after he went missing for three nights in New York swamp
The full list of cancelled flights in and out of Dublin Airport on Monday (so far)
Waterford man sentenced to three months imprisonment for operating "cruel and illegal" puppy farm
QUIZ: Can you guess the crisps from the pixelated packet?
One of the coolest movies of recent years is now available to watch at home
You may also like
3 days ago
The Ultimate PlayStation Quiz
4 days ago
Atari releasing 50th anniversary collection with over 90 classic games
5 days ago
The free subscription games coming to PlayStation and Xbox in July
5 days ago
JOE Gaming Weekly - Why you should avoid the new Blade Runner game
5 days ago
Fan remakes Simpsons: Hit and Run as open-world game and it looks amazing
1 week ago
The top 5 must-play games of 2022 so far
Next Page