It has probably happened to you at some stage, you've been having a conversation about something with a friend or family member, then minutes later you're on your phone, and an ad pops up related to the conversation.

It happened recently with me, my brother phoned me to see did I want a lift to a concert we were going to. I said I'd get the bus and meet him there. Ten minutes later I was on Facebook and the first ad I see is advertising buses to Slane (where the concert was on). Creepy or coincidence? 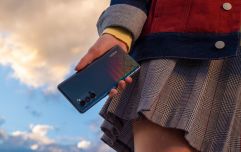 OPPO to launch in Ireland with the Reno4 series

END_OF_DOCUMENT_TOKEN_TO_BE_REPLACED

We'll let that one slide, but there's numerous incidences where the net reflects real life a little too closely for comfort though, such as these examples from Youssef Sarhan.

You can view the full thread here.

If you're to look at Reddit, there's thousands of stories of people who are convinced their smartphone is listening to them.

“Smartphones are small tracking devices,” Michelle De Mooy, Acting Director of the Center for Democracy and Technology’s Privacy & Data Project, told Digital Trends. “We may not think of them like that because they’re very personal devices — they travel with us, they sleep next to us. But they are in fact collectors of a vast amount of information including audio information.”

But both Facebook and Google have denied that they target you with ads by using your phone's microphone.

Facebook does not use your phone’s microphone to inform ads or to change what you see in News Feed. Some recent articles have suggested that we must be listening to people’s conversations in order to show them relevant ads. This is not true. We show ads based on people’s interests and other profile information – not what you’re talking out loud about.

We only access your microphone if you have given our app permission and if you are actively using a specific feature that requires audio. This might include recording a video or using an optional feature we introduced two years ago to include music or other audio in your status updates.

popular
Amazon Prime Video has just added 37 big movies to its library
Welder awarded €15,000 for unfair dismissal despite admitting to drinking alcohol before work
10 years ago today, the scariest movie ever made (according to science) was released
County where winning Lotto jackpot ticket worth nearly €9 million was sold confirmed
Here's the line-up for this week's episode of The Late Late Show
Dublin Bus and boat involved in city centre collision
It took five long weeks, but The Rings Of Power is finally fantastic
You may also like
2 years ago
QUIZ: How much of a smartphone expert are you?
2 years ago
OnePlus users warned their personal information may have been accessed in data breach
3 years ago
Using your phone for five hours a day is linked to obesity
3 years ago
QUIZ: Can you name the Android app from just its logo?
3 years ago
COMPETITION: Win a brand-new Nokia 7.1 smartphone
3 years ago
REVIEW: The Nokia 7.1, a fine mid-range smartphone you should consider
Next Page