The path to misguided is paved with good intentions.

The Northern Irish police force of Newry and Mourne, posted a Secret Sexting Code acronym guide to their facebook page. It was an effort to educate parents to as to the abbreviated language of their children.

The guide 'reveals' that LH6 stands for “let’s have sex” while the number 8 apparently represents oral sex, the guide doesn't hold back from the graphic although some of the codes do seem particularly farcical. 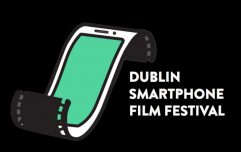 END_OF_DOCUMENT_TOKEN_TO_BE_REPLACED

There has been some backlash as the infographic originates from America and commenters felt that the acronyms didn't fully resonate with Northern Irish lingo.

The disconnect between generations is present in every age and the advancement of technology has meant only that we share on screen rather than in gesture or via the secret codes of the year 90s.

Modern Family's has a nicely orchestrated monologue as to the dearth of understanding between teen and aged'.

It's hard to feel smug though, when within a decade everything we know will be out of date and a generation younger will be speaking exclusively in clicks.

House of Rugby Ireland · Munster can't beat Leinster, Six Nations squad and John Cooney interview
popular
Leo Varadkar says if Ireland introduced mandatory hotel quarantine, it would have to do so for a year
QUIZ: Can you name all of these countries just from one of their cities?
New Zealand set to close its borders for the entirety of 2021
CONFIRMED: Level 5 restrictions to remain in place until 5 March
Man arrested for fishing envelopes out of church collection boxes in Cork
10 absolutely iconic video games that turn 20 years old in 2021
Police called to illegal rave to find pensioners queuing for vaccine
You may also like
22 hours ago
Arlene Foster says Northern Ireland testing "massively more advanced than" in Republic
1 day ago
Northern Ireland Department of Health calls out Taoiseach's "wholly incorrect" comments about testing for UK variant
1 week ago
CMOs in Ireland and Northern Ireland release joint statement over worsening Covid-19 situation
2 weeks ago
Police issue warning over Covid vaccine scam in Northern Ireland
1 month ago
Tánaiste says there will be no road blocks on border during new Covid restrictions
2 months ago
Belfast Telegraph journalist warned of threat against them from loyalist paramilitaries
Next Page