It might not have captured the imagination of the public like previous Champions Cup Finals, but the conclusion to Toulon v Clermont on Saturday was still pretty bloody exciting.

Even after Drew Mitchell's try put Toulon in the driving seat, a converted try would have seen Clermont snatch victory by a point and they made a pretty good fist of doing it in the dying stages before ultimately coming up short. 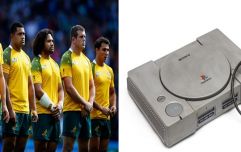 END_OF_DOCUMENT_TOKEN_TO_BE_REPLACED

Hundreds of thousands of TV viewers were glued to the action in the final stages, so you'd imagine that it was even more engrossing for those who were there in Twickenham, right?

Not so for one supporter stood beside Irish rugby fan Jonathon O Luinneachain, who Joe spotted rejecting potential matches on Tinder on his phone when there were only four minutes left on the clock.

And yes, that's former England and Lions lock Simon Shaw you can see in the foreground. 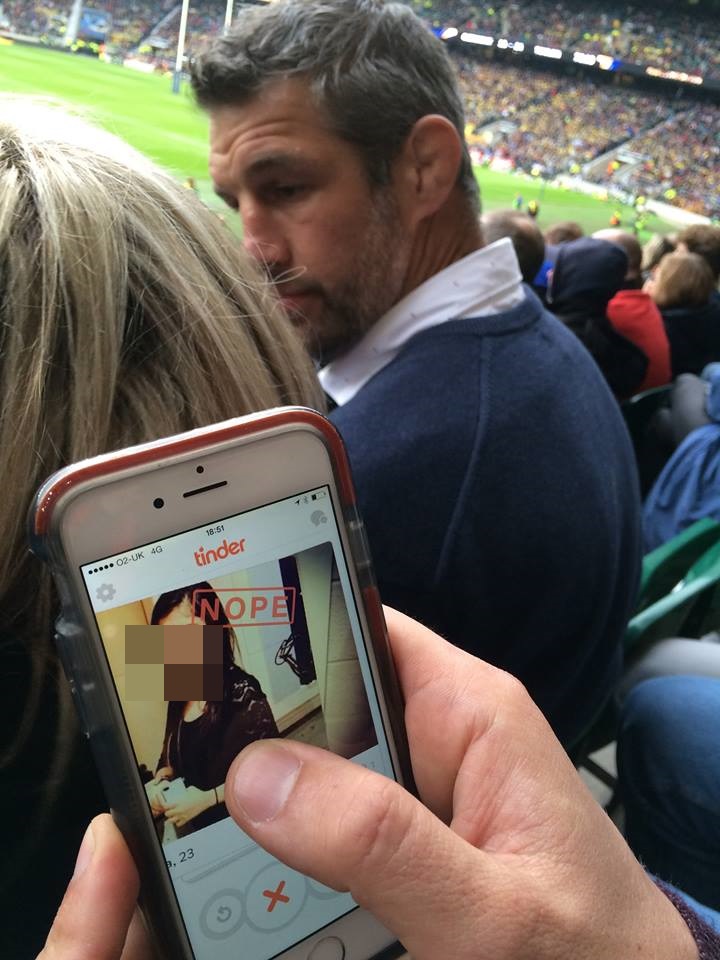 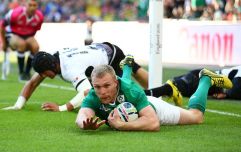 PICS: All the reaction to Ireland's resounding victory over Romania

END_OF_DOCUMENT_TOKEN_TO_BE_REPLACED

In fairness to the fan in question, he was most likely French, probably thinking he was in London for a good time, not a long time and was hell-bent on making hay while the sun shone.

That said, if you're the type of person who's going to be eyeing up potential dates instead of watching the thrilling climax of one of the biggest rugby matches of the season, then there are probably people more deserving of a ticket than you are.

popular
Gardaí unveil new Armed Support Unit vehicles to replace older models
Netflix has just added 33 very big movies to its library
Fish and chips could be removed from Irish menus over rising fuel costs
The full list of cancelled flights in and out of Dublin Airport on Monday (so far)
NOW announces large reduction to its monthly membership prices
Increase in passenger charges at Dublin Airport may be on the way
QUIZ: It's time for one of our trickiest General Knowledge Quizzes yet
You may also like
3 months ago
Scottish Parliament official dies during rugby game in Dublin
4 months ago
Every Guinness fan needs to try these brand new experimental beers
4 months ago
"Samaritans saved my life" - Brent Pope praised for honest interview on Tommy Tiernan Show
7 months ago
QUIZ: How well do you know these famous Ireland players?
1 year ago
"You want to prove them wrong, even if they're not telling the right story" - Conor Murray
1 year ago
Four Irish players propelled into Lions debate after England hiding
Next Page