One of the biggest titles on launch day, Killzone Shadow Fall still has us hooked a few weeks down the line

A few months back JOE got our hands on the new PS4, and being new to Killzone, it wasn't the first game that we threw into the machine, what with FIFA and Call of Duty beckoning us from their shiny boxes.

However, a few weeks later and with a day off on Christmas Day, we decided we'd treat ourselves to a gaming marathon, and decided to see what Shadow Fall was all about.

END_OF_DOCUMENT_TOKEN_TO_BE_REPLACED

Straight off the bat, it was a thing of absolute visual beauty, and is the game that perhaps best showcases what the developers are able to do with this new machine and perhaps even a glimpse about what we can expect coming down the road once they start to push it. You do get the sense that as impressive as this is, it's definitely the first steps into this world, and there will be a lot more done between now and the next title in this franchise. Even still, this really does take your breath away at times, visually anyway. 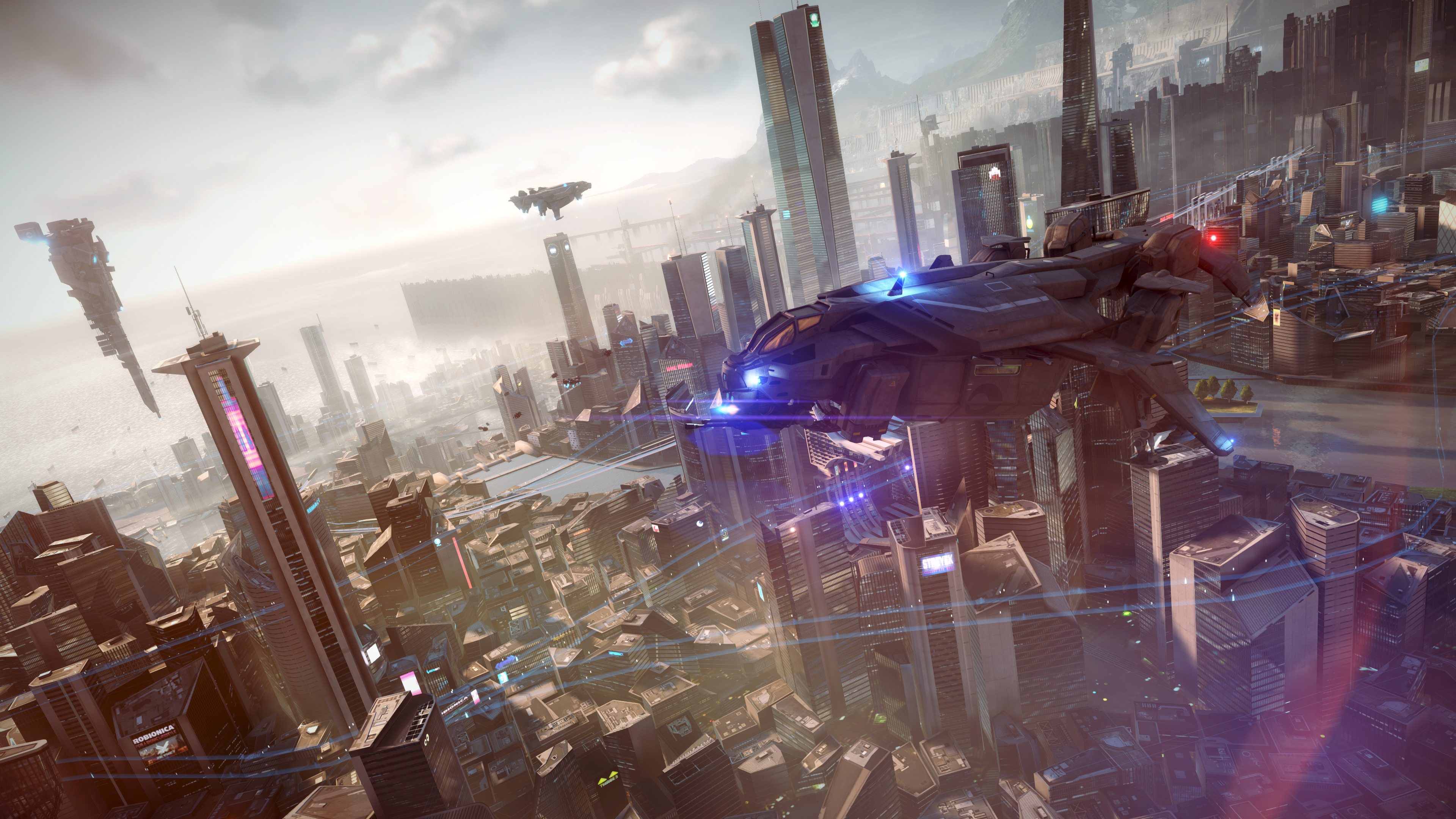 In terms of gameplay, this feels much more tactical than your bog standard shooter. AI is pretty decent, but like most games if you can hide around a corner so that you can't be seen for a few seconds you're alright most of the time. However, particularly in the opening level, you'll notice that the use of your OWL (a little drone robot thing that you have, which is ridiculously useful) as well as picking your moment to strike and where to strike are vital. You start off unarmed, and have to navigate your way around to pick up weapons, and the controls are pretty easy to get used to. The addition of the OWL means you can also make use of the PS4's trackpad, which is a nice addition to proceedings. 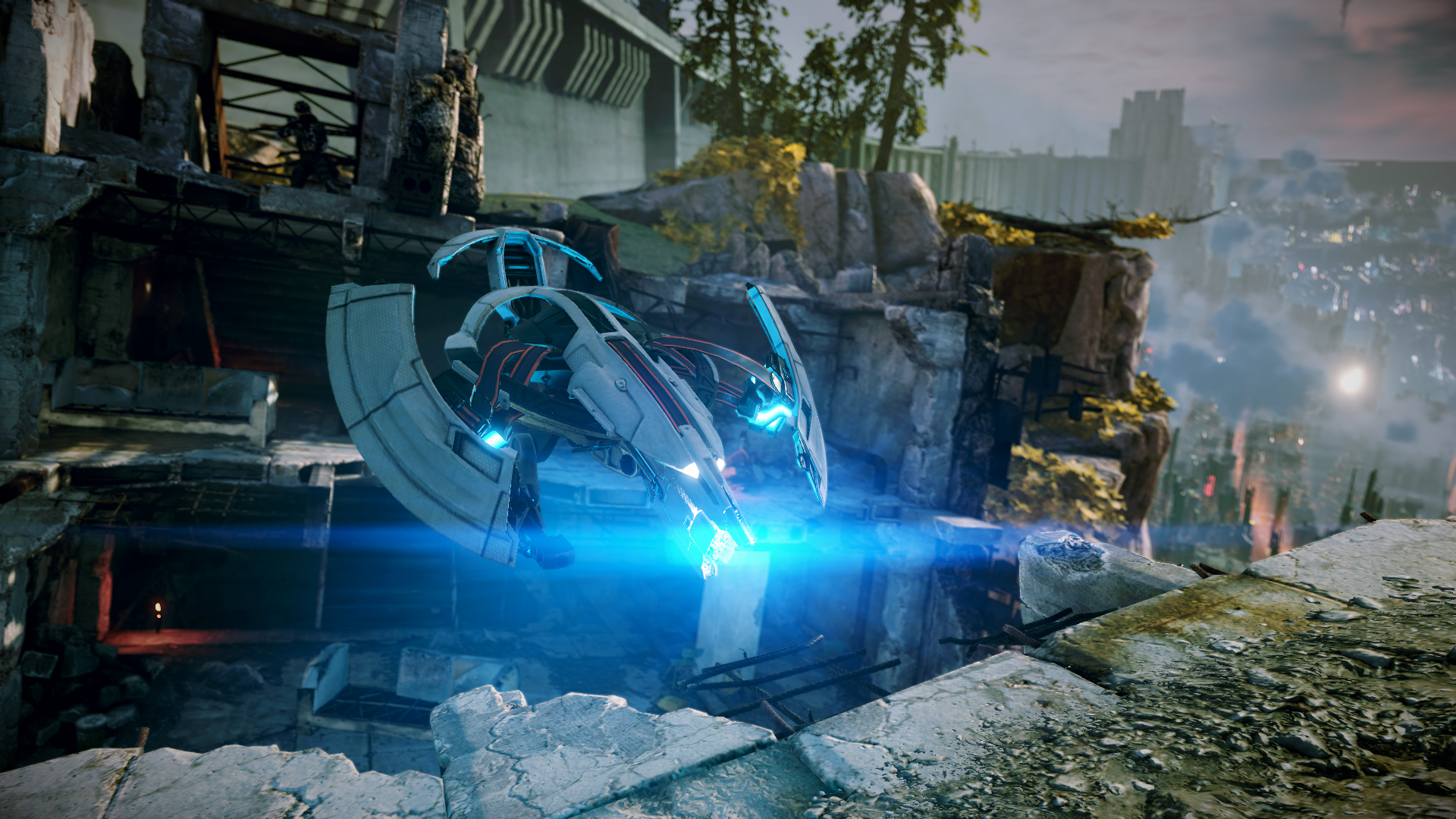 END_OF_DOCUMENT_TOKEN_TO_BE_REPLACED

The OWL is not only used to attack enemies, but also as a shield, a device that can get you to hard to reach places, it can hack alarm systems and it can revive you. We're beginning to wonder how we ever lived without it. Anyway, while all that is great, you need to pick your routes carefully, try and pick off enemies that are solo and in general be much less run and gun than your average shoot-em-up. As you get further into the game, there is plenty of variation too, so you're not just sneaking and killing, there's a bit of puzzle solving, and even a few sections when you have no weapons at all and have to overcome that, meaning that you will keep coming back to the game time after time.

And again, we have to stress how beautiful this game is to look at, just make sure that you don't get shot while you're admiring the beautiful sky or something. The horizon stretches off into infinity, the different textures are beautifully done and the whole thing really is fantastic. They also have a good solid voice cast in there too, and fans of Homeland will recognise David Harewood as Sinclair. Your character Kellan doesn't ever really say much though, and at times the dialogue is pretty rubbish, but the story still works well. Here's a quick look at the opening level and what the gameplay is like.

One negative point is that we'd reached a certain checkpoint while playing, and the instructions on what to do next weren't clear. It's not that it was difficult to get past (well, it was, but that's not the point), it was just frustrating that there seemed to be a couple of different options, none of which had the desired effect of causing the huge explosion we were expecting. That caused us to switch it off and leave it aside for a while, but we came crawling back like a bird on our belly. Another slightly negative point was that when we loaded it up, we weren't restarted from our checkpoint, rather we had to start the level again, which was slightly annoying.

END_OF_DOCUMENT_TOKEN_TO_BE_REPLACED

Overall, the game is hugely enjoyable, and it is the one launch title that we feel really stands out from the crowd. The sports games look and play that bit better, which is noticeable, but Killzone Shadow Fall has an edge, both visually and in terms of gameplay, that makes it truly worth shelling out for. If you want to pick up your copy or even browse a collection of other games and consoles that are available, head over to our mates at Littlewoods Ireland, who have a huge selection for all your gaming needs.

popular
One of the best movies of the decade has just been added to Netflix
20 years ago, one of the best sci-fi movies of the 21st century was a box-office bomb
Surprise frontrunner emerges as potential next James Bond as producers 'love him'
One of the scariest films of all time is among the movies on TV tonight
Katherine Ryan says famous TV star is a ‘predator’ and everyone in industry knows
Katherine Ryan shares harrowing truth about media coverage of ‘famous TV predator’
Very popular US fast food chain planning to open in Ireland
You may also like
4 days ago
Sony reportedly reveals when the PlayStation 6 might arrive in stores
1 week ago
Rockstar Games reportedly rejected the perfect director for a Grand Theft Auto movie
1 week ago
WATCH: New game I Am Jesus Christ is here and... eh... yeah...
1 week ago
The six finalists for Game Of The Year have been revealed
2 weeks ago
God Of War Ragnarok creators discuss the game's biggest surprise
2 weeks ago
'I get choked up thinking about it' - God Of War Ragnarok creators on the sequel's biggest moments
Next Page