The Season Pass for Unity is set to feature extra missions in Paris as well as a new Chinese sage that takes players on adventures to lands and time periods previously unexplored by the franchise.

From the busy streets of Paris to the dark and rural city of Saint Denis, the season pass allows players to further explore Arno’s story on new, darker level.

END_OF_DOCUMENT_TOKEN_TO_BE_REPLACED 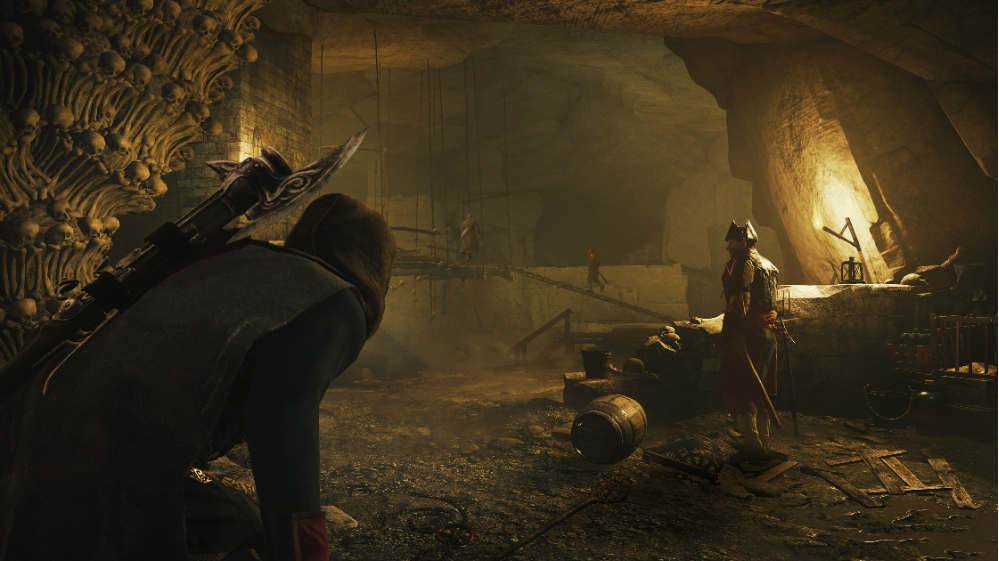 Assassin’s Creed Chronicles: China - a new standalone Assassin’s Creed experience delivering a new story, setting, and gameplay type. In this 2.5D reimagining of the celebrated franchise, and developed by Climax Studios, players will perform parkour on the Great Wall of China, kill from the shadows and take the leap of faith.

For the first time in the franchise’s history, players will be transported to the Middle Kingdom in the 16th century China, where the last remaining Assassin of the Chinese Brotherhood has returned to her homeland.

Hell-bent on revenge, Shao Jun will use the skills she learned under legendary Assassin Ezio Auditore to exact vengeance. Players will be able to rely on stealth to accomplish their mission, as well as Shao Jun’s martial arts training and all-new Assassin gear.

The Season Pass content will be released in early 2015.

The Big Reviewski || JOE · The Big Reviewski with Dune, a mini-Hangover reunion & the best of Timothée Chalamet
popular
One of the best thrillers of the decade is among the movies on TV tonight
The full list of all the new shows and movies coming to Netflix in November
A villainous Tom Cruise performance is among the movies on TV tonight
"Like a whip" – director describes fatal shooting on Alec Baldwin film set
QUIZ: Get the ball rolling with this General Knowledge Quiz
The JOE Movie Quiz: Week 125
The JOE Friday Pub Quiz: Week 266
You may also like
4 days ago
The first trailer for the Uncharted movie has finally arrived
1 week ago
10 scary games you can play right now (without having to actually buy them)
2 weeks ago
A football hater asks a football lover five questions about FIFA 22
2 weeks ago
Far Cry 6 review: Lessons learned from the recent Assassin's Creed games
2 weeks ago
Over 25 million votes later, the public have named God Of War the best game of all time
1 month ago
Nintendo is bringing back some classic N64 and Sega Mega Drive games
Next Page