Yahoo have said that up to one billion users may have had their data stolen in a hack dating back as far as 2013.

It's not their first time they've been the victim of hack but the company says that this is separate from a previous one which affected 500 million users. 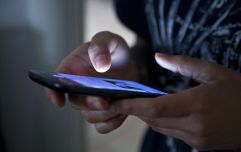 END_OF_DOCUMENT_TOKEN_TO_BE_REPLACED

"Yahoo is notifying potentially affected users and has taken steps to secure their accounts, including requiring users to change their passwords," the company said in a statement. "Yahoo has also invalidated unencrypted security questions and answers so that they cannot be used to access an account."

If you're  a Yahoo user, you need to change your password... sharpish.

While the passwords hacked were encrypted, but the trove of data stolen also included security questions which weren't. So it's important to review any Yahoo accounts you may have as the hackers could have access to relevant security questions necessary to make a play for your account.

The company is currently in the midst of a monster deal with Verizon but the telecommunications company has yet to say whether the latest hack will have an impact on said deal according to CNET.

"As we've said all along, we will evaluate the situation as Yahoo continues its investigation," Verizon's statement read. "We will review the impact of this new development before reaching any final conclusions."

One billion users... well, they comfortably set a record for the biggest hack ever and with the earth's population in the seven billion region, there's a strong possibility this latest hack has affected someone you know.

popular
Female personal trainer shares the creepy messages she receives from men on social media
The cast and director of Fast & Furious 9 discuss setting a sequel in Ireland
You can now get a life-size inflatable pub for your back garden
The 50 most iconic songs of all time* have been revealed
What Netflix’s Seaspiracy gets wrong about fishing, according to a marine biologist
Dublin cyclist says he "could've died" after being pushed into ditch
Dublin is still the fifth most expensive city in Europe for renters
You may also like
3 years ago
If you pour Prosecco this way, you're doing it wrongly
3 years ago
Irish Vodafone customers need to be incredibly wary of downloading this virus
3 years ago
PODCAST: If you think your password is safe from hackers, you should think again
3 years ago
Be very wary on your computers today as fears grow of another cyberattack
3 years ago
This genius trick will keep your bananas ripe for ages
4 years ago
New info on Wikileaks show CIA can turn your Smart TV into a listening device
Next Page