What filter is she using, asking for a friend?

Fans of a popular Chinese video blogger known as "Your Highness Qiao Biluo" were left in shock recently her beauty filter malfunctioned to reveal that she is a middle-aged woman, rather than the young glamorous girl she purported to be.

She has a large following on Chinese streaming platform Douyu, where she appears as a young woman and speaks with a "sweet and healing voice".

While live streaming a conversation with a fellow vlogger, it's believed Biluo had superimposed a cartoon image over her face, rather than changing her entire appearance.

However, during the broadcast, her filter malfunctioned to reveal her true identity

The young, long-haired woman that China's Global Times said fans called a "cute goddess" was gone and a significantly older woman was in her place.

The livestream showed Biluo in conversation with another vlogger, reported to be called Qingzi, during which fans began urging Biluo to remove her filter and show her real face.

Biluo said she would only show her face if fans sent higher donations. As donations rolled in, the filter flickered, revealing the woman and her followers began exiting a paid VIP room in droves. 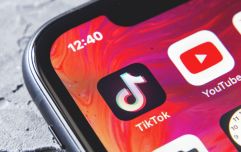 END_OF_DOCUMENT_TOKEN_TO_BE_REPLACED

Since the incident, Biluo's Douyu profile page has accrued some 650,000 followers—and she’s since claimed that the whole ordeal was on purpose in order to boost her fame.

She's announced she's releasing a music album and is advertising beauty cameras like the one she used to initially trick her followers.