Great news for the 120 staff members at Gravity Payments.

Dan Price, founder of the largest credit card payment processor in Washington state, Gravity Payments, made a surprising announcement on Monday when he said he plans to raise his company’s minimum wage to $70,000 (roughly €65,500) per year. 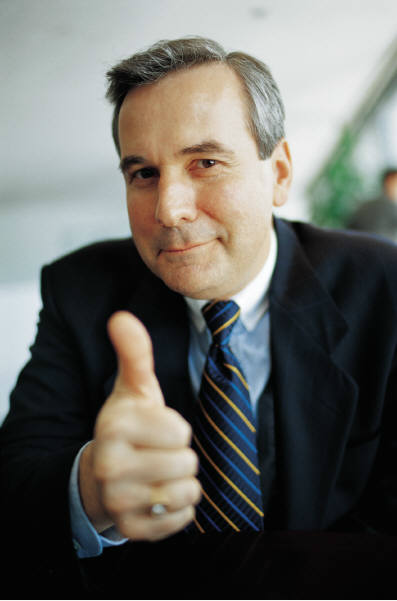 According to The New York Times, Dan’s idea to raise his company’s minimum wage to $70,000 started when he read a study on happiness that claimed extra money makes a big difference to people’s happiness if they make less than $70,000 a year.

After announced the news to his staff on Monday, Price said: “Is anyone else freaking out right now? I’m kind of freaking out.”

So how is he going to find the cash to pay his workers more money? For 30 employees, Price will be doubling their yearly salary.

Here's a look at a very interesting interview that Entrepreneur Magazine conducted with Price last summer.

Via The New York Times. Pic via Entrepreneur - YouTube

The Big Reviewski || JOE · The Big Reviewski with Y: The Last Man, that Malignant ending & a secret streaming service
popular
The 50 most iconic songs of all time* have been revealed
The JOE Friday Pub Quiz: Week 261
PICS: The man with the biggest penis in the world has one unbelievable problem with it
One of the better Liam Neeson action romps is among the movies on TV tonight
The five "best places to live" in Ireland have been revealed
The Ultimate Dwayne "The Rock" Johnson Quiz
QUIZ: Flex your brain definition with this general knowledge quiz
You may also like
7 months ago
Amazon set to open first fulfilment centre in Ireland (Report)
7 months ago
Hedge fund requires bailout after Reddit users cause 800% increase in GameStop shares
1 year ago
"We'll be building in Ireland for the first time, next year" - Major solar power project set for Cobh
1 year ago
Half of restaurants in Ireland will close without emergency aid package, restaurants association warns
1 year ago
Freshly-brewed Guinness to be delivered to over 10,000 pubs in Ireland in the coming weeks
1 year ago
Revolut launches Revolut Junior to tailor for 7-17 year olds
Next Page