Ahead of today's Euro qualifier, we've got Georgia on our minds

Martin O'Neill takes Ireland into his first competitive game as manager this evening as Ireland kick off their European Championship 2016 campaign.

We take a look at our opponents, Georgia.

The head coach for the Georgian will be a familiar face to a lot of Irish fans, the unmistakable Temuri Ketsbaia who has been in charge since 2009. The man is probably more famous for a particular goal celebration when playing for Newcastle than anything else he achieved in his career.

Here it is in all it's magnificent glory:

We're no strangers to the Georgians having played them three times in the last few years, the most recent being a comprehensive win for Ireland in a friendly at the Aviva in June of 2013.

Ireland beat them 4-0 but this match on Sunday will be a totally different proposition.

The first match in Ireland's qualifying campaign for the 2010 World Cup was not played in Georgia due to a military conflict taking place so UEFA switched it to the neutral venue of Mainz in Germany.

The Georgians were not happy about that and Ireland went on to win 2-1. 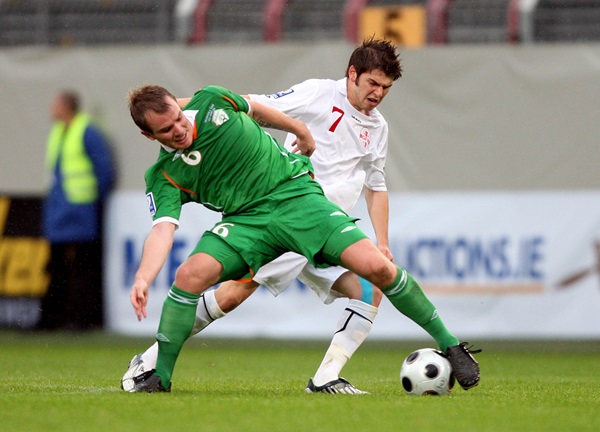 You can be sure that the Georgians will be using that match as an incentive, as a motivation to really put it up to Ireland. There will be fanatical home support for the Georgians in Tbilisi and O'Neill's men will certainly have it a lot tougher than that day in Mainz.

The squad is made up of players who play their club football all over Europe.

Some of them play at home in Georgia, but we've got the likes of their talented striker Levan Mchedlidze who plays for Empoli in Italy, midfielder Avtandil Ebralidze who plays in Portugal for Gil Vicente and two of their defenders, Gia Grigalava and Solomon Kvirkvelia (below) who ply their trade with Russian behemoths Anzhi Makhachkala and Rubin Kazan respectively. 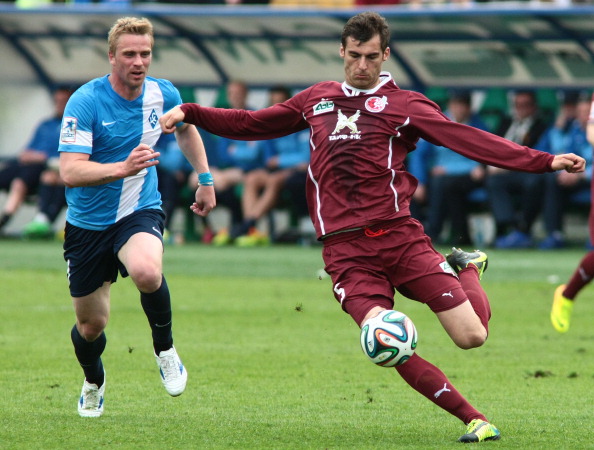 Their recent form hasn't been anything to write home about, but then again neither has Ireland's. Their most recent match was a friendly defeat to the United Arab Emirates back in June, but they will be anxious to put on a good show in front of their home crowd and Ireland will have to play exceptionally well to come away with the three points.

In a group where all the teams will be playing second fiddle to Germany, these are the matches that Ireland have to win.

There can be no excuses. You would expect Poland and Scotland to both take three points in Georgia, so the Boys in Green will need to do the same if we are to have any hope of reaching France in 2016.

popular
The JOE Friday Pub Quiz: Week 308
Fine Gael announces special screenings of Michael Collins movie in 19 cinemas across Ireland
Controversial influencer Andrew Tate banned from Instagram and Facebook
Infant dies after being hit by jeep in Roscommon
Two Irish people arrested in "smuggling event" near Miami
Netflix has just added 23 very big movies to its library
Pilots fly over destination airport at 37,000 feet because they were both sleeping
You may also like
1 month ago
Gardaí head to France to track down new Sophie Toscan du Plantier suspect
7 months ago
Macron wants to "piss off" the unvaccinated
8 months ago
Over 65s in France without booster will lose Covid pass
10 months ago
France to ban plastic packaging for fruit and vegetables from January 2022
11 months ago
Marks & Spencer to pull 800 lines from Irish stores
1 year ago
France to outlaw shredding and gassing of male chicks by 2022
Next Page