Are these Real Madrid's home and away kits for next season?

Will Cristiano Ronaldo and Gareth Bale be kitted out in these jerseys next season?

One of the biggest clubs in the world is undoubtedly Real Madrid, and they manage to sell jerseys no matter what they look like, but in partiuclar this season they've had some excellent shirts, and JOE was a big fan of the blue away number.

However, they might have had their shirts for next season leaked already, and they look as slick as last year's if they're the real deal. The home picks up on the classic white, but there was never really going to be a change on that front. However both it and the away have a slightly different collar, with a few buttons that turn down. 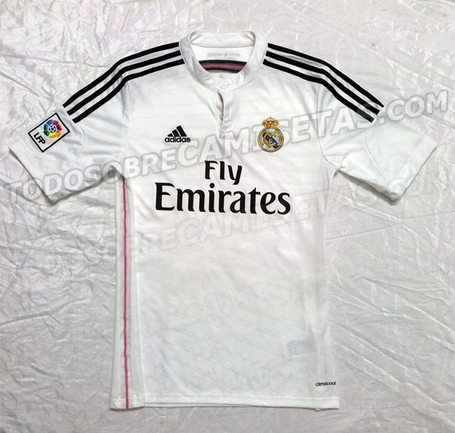 The away is red, picking up on the colours in the crown on the cub's famous crest. 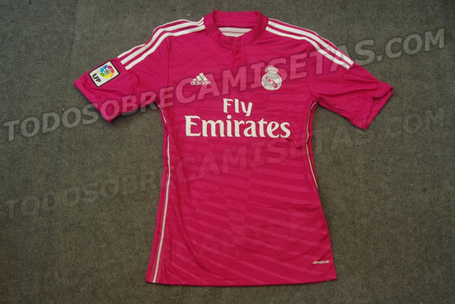 The images were leaked on Spanish site TodoSobreCamisetas.com, who were fairly spot on last season, so we won't be surprised if Ronaldo and Bale are kitted out in these come September.

popular
Katherine Ryan says famous TV star is a ‘predator’ and everyone in industry knows
The JOE Movie Quiz: Week 181
20 years ago, one of the best sci-fi movies of the 21st century was a box-office bomb
QUIZ: Only the sharpest will get 100% in this General Knowledge test
The JOE Friday Pub Quiz: Week 322
QUIZ: JOE's Big News Of The Day Quiz #19
QUIZ: Can you possibly get everything right in this General Knowledge Quiz?
You may also like
2 days ago
Miss Croatia slammed for raunchy World Cup videos that ‘disrespect Qatar’
2 days ago
World Cup 2022 Day Six: All the major action and talking points
2 days ago
Japan fans explain why they clean up after World Cup matches
2 days ago
The JOE Friday Pub Quiz: Week 322
4 days ago
Japan supporters clean up rubbish following famous win over Germany
4 days ago
ITV football pundit Nadia Nadim heartbroken as mother killed by a truck
Next Page