Forget GTA V and FIFA 14, surely Elevator Simulator 3D is the biggest game of the year

Is it any good? Well, it has its up and downs…

Two of the biggest video games of the year, FIFA 14 and GTA V are due for release a little later this month, but if you’re looking for something to fill the void until then, why not part with a hard-earned Euro and download Elevator 3D simulator for your android device?

Describing itself as the “most realistic elevator simulation ever” – it does, to be fair, have plenty of competition in that regard – the app includes features such as the ability to ride the elevator across three floors, a mechanically accurate door operator and door bumper mechanism and working 1st-3rd floor buttons, door open, door close, manual override and alarm. 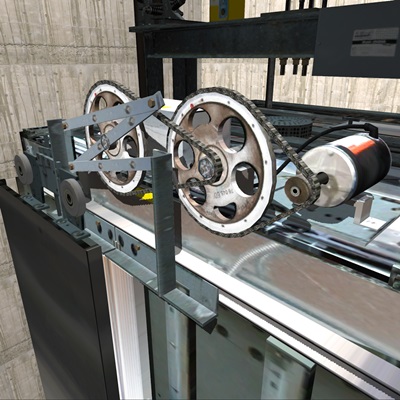 It only costs 99 cents so you won’t be shafted in terms of price and although we were disappointed at the absence of features such as elevator music and ‘awkward conversation with complete stranger’ it will certainly give you a lift when you most need it.

Whether the developers will follow up with walking up stairs or escalator 3D simulators in the near future remains to be seen, but one step at a time, eh?

The Big Reviewski || JOE · TBR Spotlight: Loki Episode One - 'Glorious Purpose'
popular
Matt LeBlanc has seen the memes of him as every Irish auld lad and very much enjoyed them
The 50 most iconic songs of all time* have been revealed
Novak Djokovic gives the low down on the diet that made him world number one
PICS: The man with the biggest penis in the world has one unbelievable problem with it
The JOE Movie Quiz: Week 106
People think they've figured out the ranking of the viewers on your Instagram Stories
QUIZ: Take on this tasty challenge of your General Knowledge skills
You may also like
2 years ago
Still playing GTA? Then you'll be happy to hear the makers have just added a nightclub for you to manage
5 years ago
Big news for video game fans, it looks like work on GTA: VI has begun
5 years ago
VIDEO: This incredible GTA V stunt is the most unrealistically badass video game trick we've ever seen
6 years ago
Video: This Breaking Bad tribute created in GTA V is a must watch
6 years ago
Video: The Rockstar Editor on GTA V lets you create some seriously cool footage
6 years ago
Video: Spectre meets GTA V in this James Bond trailer parody
Next Page