Goal-dust: League One goalkeeper quits football to join the WWE

Frrrooooom Chester, England weighing in at 210lbs, Stuart Tomlinson has decided to knock football on the head and is Undertaking a new career to deliver the smackdown in the ring.

During his football career, Tomlinson played for Crewe Alexandra, Port Vale and Burtoin Albion, but after suffering a serious cruciate ligament injury, surgeons advised him that if he kept playing he would do serious damage to his knee. 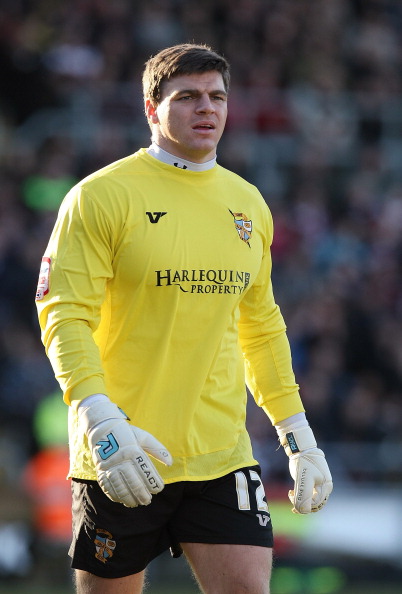 Obviously that was a difficult blow to take, and he wrestled with the decision for a while, but Tomlinson showed a great attitude to the news and decided to throw himself into a new path in life, which has led him to the WWE. He took to Twitter over the weekend to announce that he had been signed up on a developmental contract, and was headed over to try and make a few waves in the biggest wrestling organisation in the world.

His Twitter timeline has been flooded with good wishes since he made the announcement, and professional body builder Jamie Spencer seems to be a good pal, posting a few pictures of the pair together. Obviously they're in decent knick, and if you ask us they look like they could make a good tag team.

Wishing @stutomo all the best in the @WWE here a few pics from last few years. See you soon bro pic.twitter.com/YLJu4sTjNj

The only piece of advice JOE can offer is that he should call his finishing move 'The Clean Sheet'.

Hat-tip to 101GreatGoals and The Metro

popular
One of the best action movies of recent years is finally available to watch at home
The JOE Friday Pub Quiz: Week 278
Gardaí launch investigation after man's body reportedly brought into post office in Carlow
QUIZ: How well do you remember Ozark on Netflix?
QUIZ: Can you score 18/18 in this tricky geography quiz?
"It will be with me until I die" - Charlie Bird opens up about "loveliest gesture" from Daniel O'Donnell
The 10 must-watch new (and old) arrivals coming to Disney+ in February
You may also like
3 months ago
The JOE Friday Pub Quiz: Week 264
4 months ago
Manchester City's Benjamin Mendy charged with four counts of rape
5 months ago
Michael Ballack’s son Emilio, 18, dies in 'quad-bike crash’
5 months ago
Five football documentaries to watch to kill time before the new Premier League season
6 months ago
Basketball Ireland Chief apologises for social media post following controversial England penalty in Euro 2021 semi-final
7 months ago
Christian Eriksen shares first update from hospital as he undergoes tests after cardiac arrest
Next Page