Those aficionados of Spanish football out there would have spotted that last week, the usually perfectly-coiffed Morata took to the field against Rayo Vallecano with a freshly-shaven head, and proceeded to knock in a pretty fantastic goal to round off the scoring.

Already a much-loved figure at Real Madrid as a result of being a canterano and coming through the youth ranks, Morata's new look was in fact a fantastic gesture on his part according to Spanish sports daily AS, who noted that it was a gesture of solidarity with children who are suffering from cancer.

Morata, when asked about his trademark hair that he was still sporting in training on Friday afternoon, is quoted as saying after the game that "you have to make a change every now and then", but 20minutos report that sources close to the player said he made a promise to a group of children who were cancer patients at the Hospital Niño Jesús de Madrid, as they wanted to have his hairstyle but couldn't, so he would replicate theirs instead. Here's a look at Morata's mop before he got it chopped... 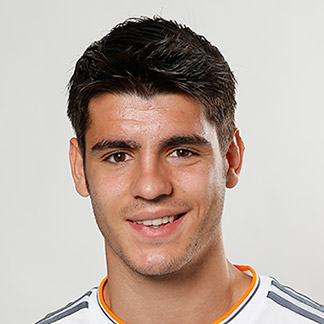 Excuse us, but there's something in our eye...

popular
Details of cash payments and Christmas bonus outlined in Sinn Féin’s alternative budget
QUIZ: Test your knowledge with this Ultimate Friends Character Quiz
A brilliant psychological thriller is among the movies on TV tonight
The JOE Friday Pub Quiz: Week 313
House Of The Dragon is already better than Game Of Thrones
One of the best films nobody went to see turns 15 years old this week
Amazon Prime Video has just added 20 very big movies to its library
You may also like
3 months ago
Merseyside police defend ‘exemplary’ Liverpool fans tear gassed by French police
3 years ago
QUIZ: How well do you remember Zinedine Zidane's playing career?
4 years ago
Mesut Özil hits out at "right-wing propaganda" in Germany following criticism for meeting Turkish President
4 years ago
Cristiano Ronaldo proves why he’s one of the greatest with late free-kick equaliser
4 years ago
Liverpool goalkeeper Loris Karius writes emotional apology to fans
4 years ago
Gary Neville has really twisted the knife into Liverpool's Champions League defeat
Next Page